In 2018, being available at all times is critical. But you aren’t truly available if your mobile device, laptop, or desktop loses power, right?

There are portable battery packs and power backup devices abound nowadays, but many of them are designed for recharging only smartphones and smaller devices. Typically, battery packs provide between 3,000 and 5,000 mAh (milliamp hours), or enough juice to charge one or two mobile devices once or twice.

But what if you have bigger devices to power up, or perhaps your family needs to charge more than one smartphone?

The PowerCube is capable of way more than merely recharging your smartphone; it’s powerful enough and has a diversity of ports that allow you to not only charge and power several devices at once, but also several different types of devices simultaneously, such as laptops, desktop PCs, kitchen appliances, and more.

At 6.1 inches high by 3.9 inches wide by 3.9 inches deep, and weighing 3.5 pounds, the PowerCube looks like a big battery. (The bottom section is even the same — or quite similar — copper color as a Duracell battery, which I assume is coincidental.)

There’s a black nylon strap attached that acts as a handle, and all of the outlets but two (a standard three-prong grounded 110-volt AC outlet and a 10-12.6-volt/4-amp DC outlet on top of the device) are located on the three sides of the cube, beneath an orange rubber band. In other words, to get to the outlets, you must remove the rubber band. 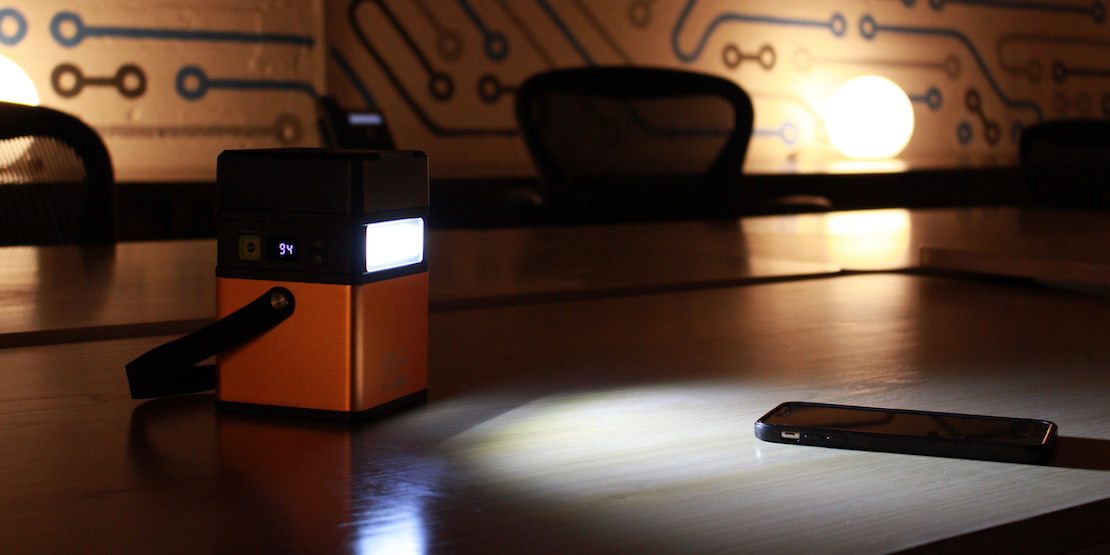 Also concealed beneath the orange rubber band is a digital readout that displays the charging status and the current charge level by percentage. On the fourth side (again, under the orange band) you’ll find a somewhat powerful flashlight consisting of three LEDs.

The on/off toggle for the flashlight is located to the right of the digital readout (also an LED), and the power input port for charging is to the left of the readout.

Overall, the PowerCube is small and light for what it is, but perhaps a bit more than you would want to carry in your backpack on an average day, depending on what else you might have crammed in there.

The PowerCube really is the Swiss Army knife of backup power sources. Not only does it hold an enormous 50,000mAh of juice, but you get eight outlets of varying types and amperage (or volts).

I already mentioned the AC and DC outlets on top of the cube, and in addition you’ll also get two 12-volt/5-amp DC outlets, one 19-volt/4-amp DC outlet, three 5-volt/2.4-amp USB 2.0 ports, and one quick-charging USB 3.0 port — which should cover just about anything you want to power or charge. 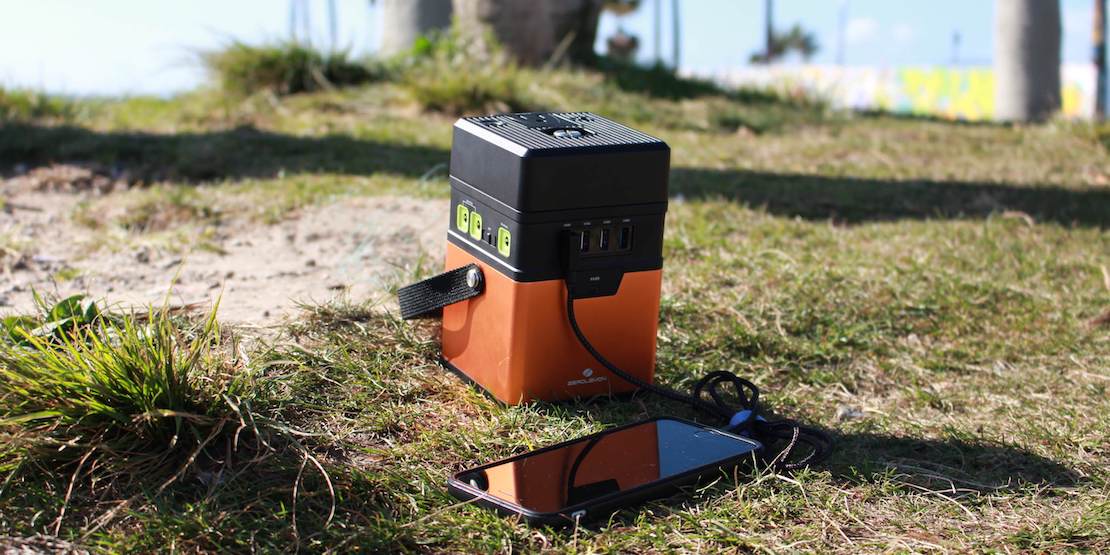 Granted, tossing around stats like 50,000mAh and eight power outlets sounds impressive, but what does all that mean in real-world scenarios?

To give all this some perspective, let’s look at what you can charge, and how many times, starting with some Apple devices:

Within reason, it should pack enough oomph to recharge anything you throw at it. In case you don’t use Apple devices, here are a few more helpful stats: According to ZeroLemon, the PowerCube should charge your Samsung Galaxy S7 over ten times, the Galaxy S7 Edge over eight times, the Nexus 6P nine times, and the Google Pixel 11 times.

During my tests, I powered a 110-volt Intel Core i5 PCs, as well as a 13-inch MacBook and a Visioneer Patriot P15 portable scanner simultaneously, all the while scanning several documents to the laptop’s drive for over an hour with plenty of juice to go.

I didn’t try powering the house refrigerator or a big screen UHD TV, but only because I am reasonably sure the PowerCube wasn’t designed for that.

ZeroLemon says that it takes about seven hours to recharge the PowerCube from 0%, which for the most part, my tests confirmed.

I recharged it from various percentage levels, and the one time that I started from zero, it took about 7.5 hours to charge. You can also charge it from a portable solar power source or your automobile, but neither of those adapters come in the box.

In fact, the only items that come in the box are the cube and its power adapter. To find a description of the product — all the various ports and features — as well as setup and charging instructions, I had to look further inside the box, where I did find a little manuscript overview of the product and some basic setup instructions. 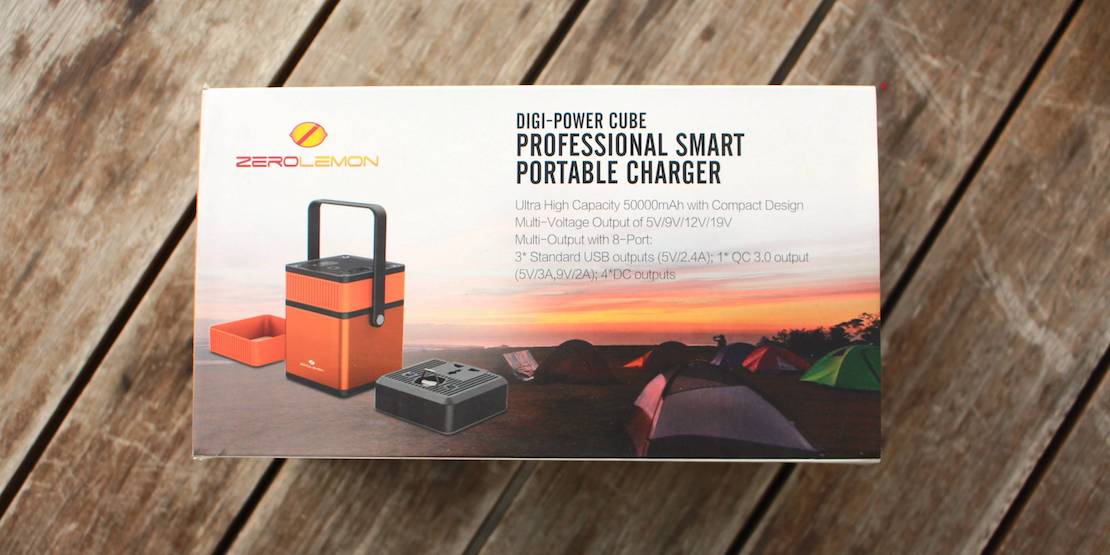 Now you may be thinking: Setup? What setup? How hard could it be? Preparing the PowerCube is pretty intuitive, but the instructions do help with one tricky feature. To connect the outlets on top and activate the on/off switch, you must remove the top section and pull out an adapter that connects the top section to the battery and the rest of the device’s functions.

Other than that, though, charging the PowerCube and charging and powering devices was straightforward and easy.

Although I wasn’t particularly thrilled with the wide orange band of rubber, designed to protect the power outlets, status LED, and flashlight — it seems a little flimsy and not really a long-term solution — overall, I found the ZeroLemon PowerCube to be well-built and durable.

It feels like it would take more than a drop on the floor to break it. For example, the enclosure is aluminum, not plastic, and the batteries inside are industry standard lithium-ion capable of holding hundreds of charges, perhaps even more, depending on how you use it.

Apparently, ZeroLemon agrees. The company provides not only a 30-day refund policy, but also its Zero Defect Guarantee and a two-year warranty. Now that’s peace of mind. (Although it is important to remember that lithium ion batteries themselves are usually good for two to three years, whether you use them or not.)

ZeroLemon LLC is based in Cheyenne Wyoming. The company bills itself as the Home to the World’s Highest Capacity Smartphone Batteries, with a focus on Samsung Galaxy and Apple iPhone smartphones. ZeroLemon also makes other products, including, of course, the ZeroLemon PowerCube 50,000mAh Power Station, as well as the ToughJuice V3.0 External Battery 30000mAh and several other charging solutions. 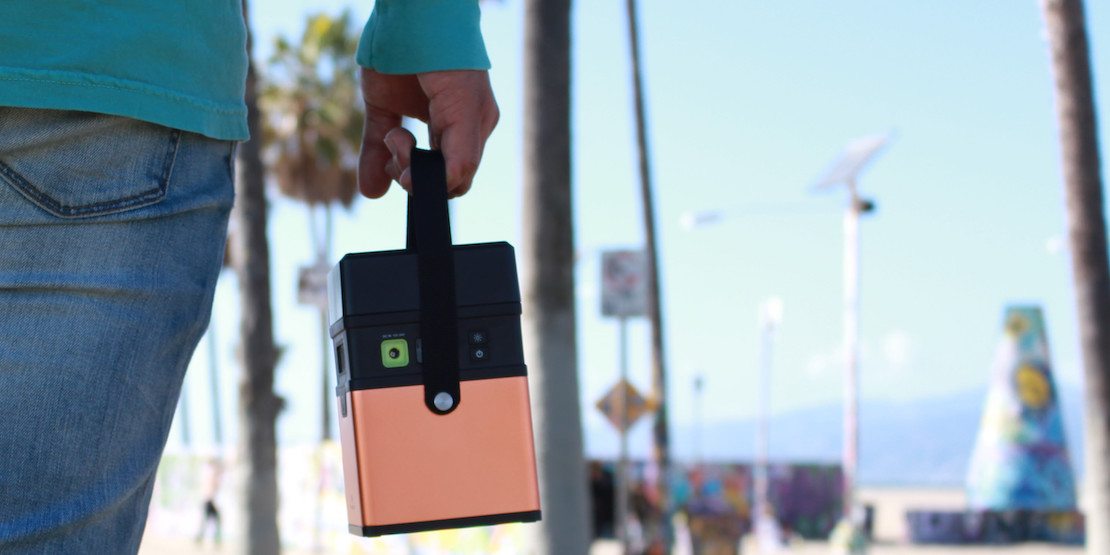 ZeroLemon also makes battery cases, phone cases, cables, and more. The name, of course, suggests that the company doesn’t produce (or at least distribute) any proverbial lemons—defective products. That’s a tall order, but the company does offer its Zero Defect Guarantee and 30-day return policy to make sure that if you do get a lemon, you can get it replaced or get a refund right away. You really can’t do much better than that.

What’s most attractive about the ZeroLemon PowerCube is that it holds a copious amount of power and that it supports so many different types of devices—from smartphones to small appliances.

During testing, I took it to a trade show and it charged and powered my MacBook all day long, without completely depleting its power.

In addition to a charging and power station, it comes in handy in situations where AC power is available, but you need to charge and/or power several gadgets at once. 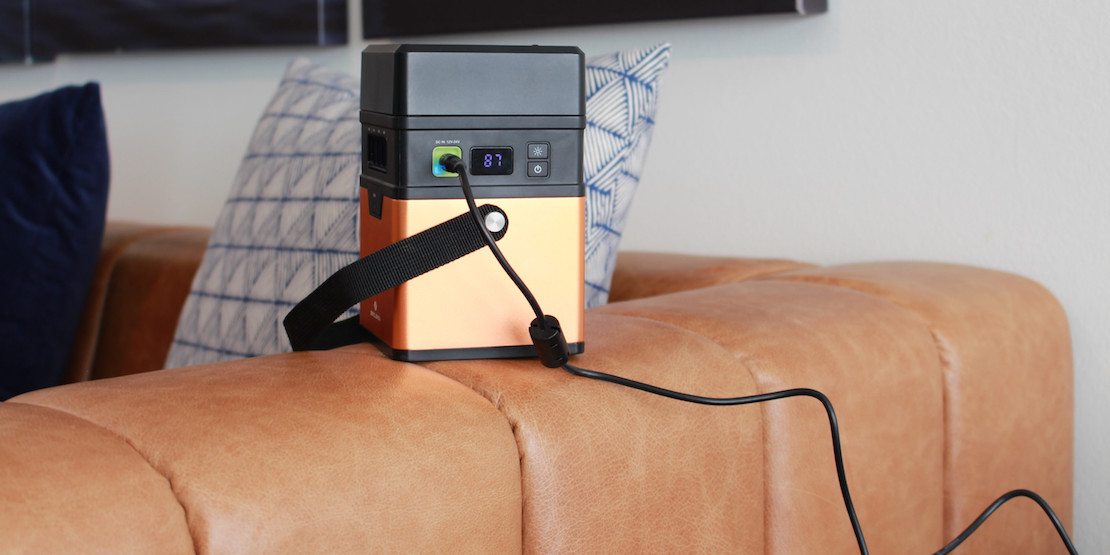 I wish that it had more than one 110-volt AC outlet, but I got around that by using a small surge protector.

I tried using the PowerCube as a battery backup for my Mac and monitor and discovered that it had more than enough juice to allow me to save my work and safely shut down my computer after a power failure.

As mentioned, the orange rubber band covering the outlets and controls is a little tacky, but not enough to disqualify the Zero-Lemon PowerCube 50,000mAh Power Station as a highly useful recharging and device-powering solution, especially at an affordable $159.99 price tag (60% discount). 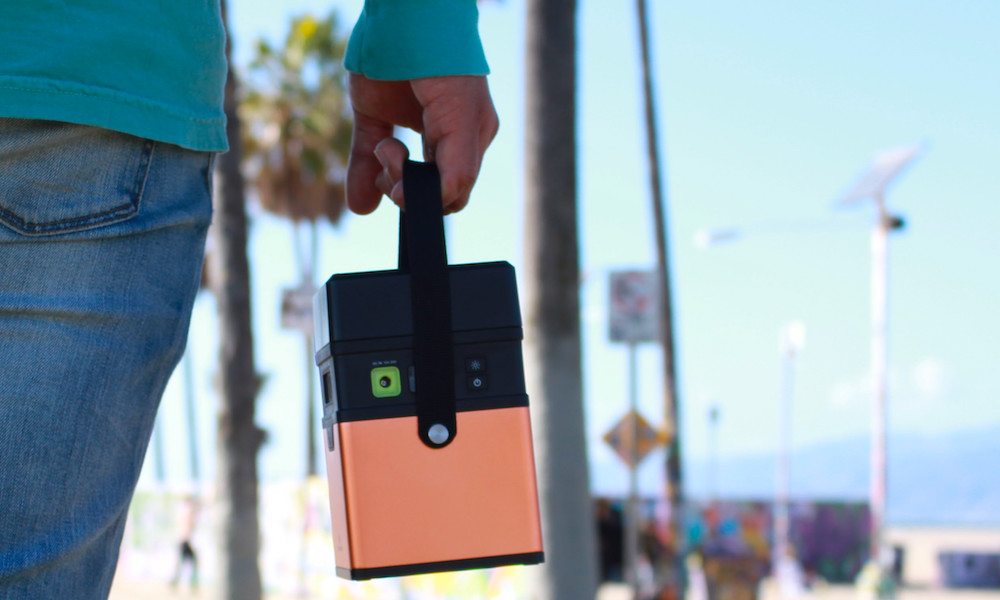 “What’s most attractive about the ZeroLemon PowerCube is that it holds a copious amount of power and that it supports so many different types of devices—from smartphones to small appliances.”