There’s no doubt that Apple’s new dual-lens camera system is among iPhone 7 Plus’ most outright advanced new features. Sure, while both the standard, 4.7-inch, and larger, 5.5-inch iPhone 7 handsets received their respective, beefed up camera updates, Apple’s revolutionary new dual-lens system employed on the 7 Plus is, hands down, by far the most advanced smartphone camera that money can currently buy you.

As a matter of fact, Apple spent a fairly substantial amount of time showcasing the new set up at its iPhone 7 launch event earlier this month. Tim Cook, Apple’s CEO, even went so far as to suggest that the iPhone 7 Plus’ new dual-lens shooter was just as powerful, sophisticated, and effective as your typical DSLR camera — you know, those huge, heavy, standalone cameras that almost every professional photographer on the face of the Earth uses for work?

To be fair, there’s no doubt the iPhone 7 Plus’ camera is a milestone achievement for the Cupertino-company, which often prides itself on bringing to market some of the best, most advanced optical hardware, year-after-year. But is the dual-lens camera, as Apple so adamantly suggests, a true DSLR competitor? Well, only a closer look at the actual hardware, software, and, perhaps most important, a raw imaging sample, helps us to gain some clarification on that.

As explained by BGR, Apple’s new dual-lens camera system is composed of two distinct lenses — a primary, 12 MP wide-angle lens, coupled with a secondary, 56mm ‘telephoto’ lens positioned right next to it. According to BGR, the implications of this dual-lens camera design is to accomplish two main goals. For starters, via Apple’s robust imaging software, users can merely tap an onscreen zoom button, which will switch the secondary, telephoto lens to the primary camera focus, effectively offering them an impressive 2X optical zoom. This achievement, in itself, is relatively new to the smartphone scene; however, the real benefits of this telephoto lens won’t fully come to fruition until Apple releases the forthcoming iOS 10.1 software update, which will enable the iPhone 7 Plus’ “bokeh” effect, more commonly known as portrait mode.

Have you ever seen those really vivid, crisp and focused photos from your friend’s wedding? If so, you’ll likely notice that the actual people in those photos appear remarkably clear, amidst a background that seems, well, perhaps a bit “fuzzy” to the naked eye. However, this apparent background fuzz is what’s known, and achieved by DSLR camera, as a “bokeh” effect. (You can see the same effect in my personal headshot at the top of this page, which was snapped by a good friend of mine using his professional-grade Canon DSLR).

In any event, according to Apple, the company’s forthcoming iOS 10.1 software update will effectively enable this portrait mode “bokeh” effect on the iPhone 7 Plus. However, perhaps the greatest question on most of our minds is, will the iPhone 7 Plus’ camera then be a legitimate DSLR replacement, as Apple has persistently hyped it up to be? Well, as you can see from the comparison shots below, which were originally provided to BGR by Reddit user, “xenonsupra,” the answer lies somewhere in the middle of yes and no. 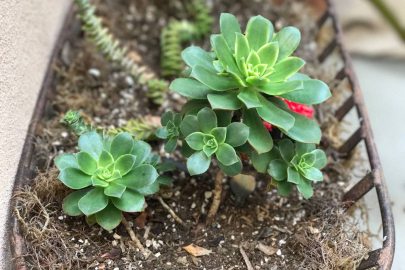 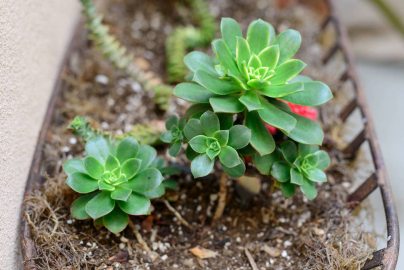 The photos — one of which was captured with the user’s iPhone 7 Plus (running iOS 10.1 beta), and the other with a beastly, Nikon D800 — reveal the clear difference between the two devices. For the record, I’m not exactly working with the sharpest eyes, but even I can tell the clear and poignant difference between the two photos. As BRG suggests, however the disparity is actually quite significant.

While the iPhone 7 Plus indeed captures a remarkable photo in portrait mode, there’s simply no way that the comparatively tiny iPhone 7 Plus camera can achieve the depth of field and pixel-for-pixel clarity of a pure-bred DSLR camera, either way you slice it. The iPhone 7 Plus does a fine job, to be sure, but for the avid photographers among us hoping to replace their cumbersome, standalone DSLR hardware with an iPhone 7 Plus — well, you might want to think twice about that one..

Is the iPhone 7 a DSLR replacement?
Let us know what you think in the comments below!