Sure, the iPhone has looked mostly the same for the past 10 years. But just as you’d be better off not judging a book by its cover, you don’t want to be too hasty in your review of the iPhone 7 models. Professional reviewers have said the iPhone 7 Plus is pretty much the same as the 6 Plus except it’s available in fancy Jet Black and it doesn’t have a headphone jack.

Those reviewers are wrong.

No, the iPhone 7 Plus is no ordinary iPhone. It is, as Tim Cook and company said on stage earlier in September, the best iPhone Apple has ever made. And if you, like so many people, are thinking about upgrading from a 6 Plus to a 7 Plus after two years of hopefully happy use, you are in for a heck of a treat.

Full disclosure: I’m currently typing this on an iPhone 6 Plus, but I used an iPhone 7 Plus for a test drive to get an idea of what the differences are and how it feels to use one. An iPhone 7 of my own is in my future, though. To use one is to love one, and here we’ll take a look at what makes it so great.

THE HOME BUTTON: ALL GROWN UP

The iPhone 7 Plus home button is a thing of beauty. Politely disagree with anyone who says it’s just like the older button except you don’t actually press it. That misses the point entirely. The new “button” uses Force Touch to provide tactile feedback. In theory it should be less likely to break over time, and because it isn’t a physical button anymore you can feel better about not getting it full of water, dust, crumbs, and pocket lint or whatever else would normally fit in the crevices of the previous home button. And it’s more than that because these phones are now certifiably water and dust resistant. 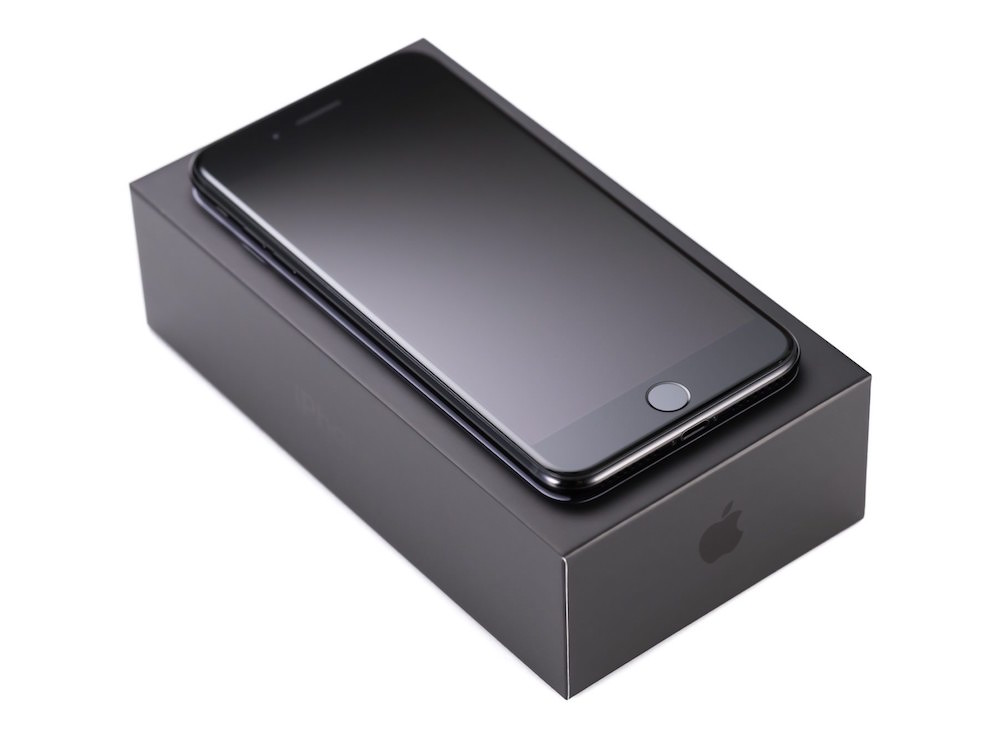 Remember that even though it’s not a home button, it’ll still act as a button. You’ll feel a vibration via the Taptic Engine, and while it’ll take some getting used to it shouldn’t take long. And when you set up the phone you’ll get to choose from 3 options, which change how the phone will feel when it provides this feedback. Luckily you can adjust whenever you want until you find the perfect fit.

And Apple has opened the button up to 3rd party developers, so that feedback you get can be customized by app. You’ll soon come to value that boring old button as a key part of your iPhone experience.

One thing you are going to hear a lot about is how the new button will affect how it is used in colder climates, because the Force Touch isn’t really meant for gloves. My response to that is not to worry about it. It’s the same with the screen and while that was a sore subject years ago, people have learned to make due. Plus, there are all kinds of touch-friendly gloves that will work just fine.

Through all of the changes to the home button, one thing is certain: The home button on the iPhone 7 and iPhone 7 Plus is leaps and bounds beyond the one in the iPhone 6 and 6 Plus or any other model for that matter.

THE SCREEN IS BRIGHTER, BUT …

Put quite simply, it’s gorgeous. It’s brighter than ever and when you look at the deep blacks whether it’s matte or jet, everything just pops.

But the thing is, Apple’s competitors have already switched to 2K OLED, while Apple is still at 1080p LCD. Apple has always been a pioneer when it comes to pushing the limits on resolution, so there’s not much advancement here. However, peak brightness on the iPhone 7 Plus is increased 25 percent. And, you might remember things being said at Apple’s iPhone 7 introduction about support for a wide color gamut – this means that even without OLED, which one assumes will finally arrive with the iPhone 8, games and any app with intense graphics should look great and perform amazingly with the iPhone 7’s faster chips and processors.

DID SOMEONE MENTION SPEED?

Apple says processor speed is up to 2x faster than the iPhone 6 Plus and graphics speed is up to 3 times faster. The company also boasts the iPhone 7’s Apple A10 Fusion chipset, Quad Core CPU and 3GB of RAM. And that RAM is 50 percent more generous than the base iPhone 7, so we’re talking MacBook and MacBook Pro like differences here under the hood. That means, as with a laptop purchase, if you see yourself needing a mobile device that can handle processor-intensive functions then you’ll definitely want a 7 Plus. And if you are into the real nitty-gritty like GeekBench scores, then you should be really impressed.

THE CAMERA WILL MAKE YOU SMILE

The camera in the iPhone 7 Plus is a key selling point, because there are two cameras. One is your standard wide-angle lens and the other is for optical telephoto. Bottom line is if you are making the jump from an iPhone 6 Plus to an iPhone 7 Plus, which many of you are, the camera alone is reason enough to upgrade. Add to that the latest software in iOS 10.0.2 and you’re talking about one of the most powerful cameras available today in a mobile device.

IT FEELS LIGHTER. IS IT LIGHTER?

Many of us in the Apple journalism world cringe when we hear Tim Cook call the latest iPhone the “best iPhone we’ve ever made,” but he is telling the truth – especially when it comes to the iPhone 7 Plus. Even with the 5.5″ screen that some say is too big, it’s worth the extra money and heft to choose the iPhone 7 Plus over the regular iPhone 7. Not that you’ll be unhappy with either, but the 3 GB of RAM and the camera system alone make the Plus the best upgrade you and your money can buy.

We’ll leave the color choice up to you (even though we know you totally want the Jet Black.)