Apple News is redefining the way in which iPhone and iPad users consume news stories. Preloaded on every Apple iPhone and iPad that upgraded to iOS 9, the app “combines the rich and immersive design found in print with the interactivity of digital media,” allowing users to consume what they want all in one place.

And according to Apple Insider, upwards of 40 million users are currently using Apple News, which means that the app is gaining traction as a reliable news app for mobile and tablet consumption. 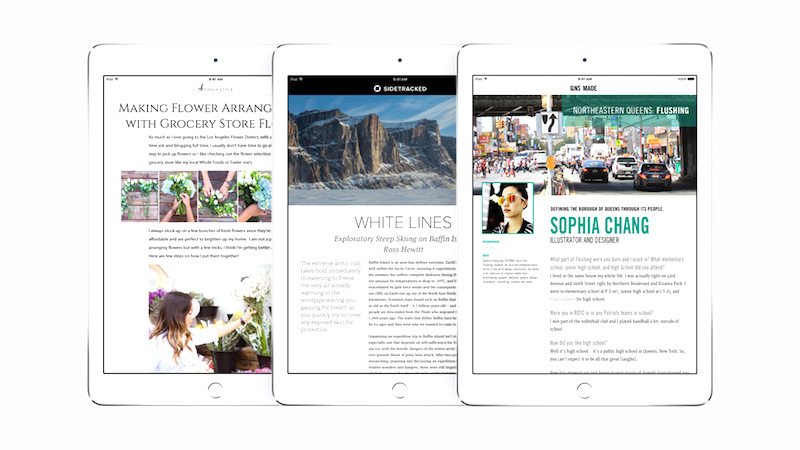 Apple News was released alongside other default Apple apps in September 2015 with the debut of iOS 9. The aggregated content feed has replaced the outdated Newsstand app with a more user-friendly, suggestion-oriented, interface. Initially, Apple News was only available in the United States, and only major print and digital publishers could publish stories on the app. However, since its inception the app has grown in readership and in publishers, with 100 different publications recorded in January of this year.

The app itself is like a personalized RSS feed for news that also offered suggestions and lets you save articles for later. The layout is clean and simple, with quick loading time due to Apple’s content delivery network. Plus, the theme is consistent throughout because Apple lets publishers only make minor changes to their own layouts (change logo, alter background color, choose font, etc.).

One of the newer advancements to the news app is that it has been opened to new publishers through a dynamic application process. All publishers are now free too apply to Apple News through a web-based editing tool. Now, small publishers and bloggers will be able to funnel their news into the app and run alongside the big media and news giants like ESPN, The New York Times, and others. According to Vanity Fair, Apple’s new publishing rules allow publishers “to edit and deliver their stories, videos, galleries, and audio in the Apple News format, with Apple News’ reach.” It seems as though Apple wanted to first establish the app with household news outlets before granting access to independent publishers.

And guess what? The best part of all, iDrop News is now on Apple News, too. This month, Apple announced that iDrop News is an official publisher for Apple News. You can visit and subscribe to our feed by clicking here on your iPhone or iPad. 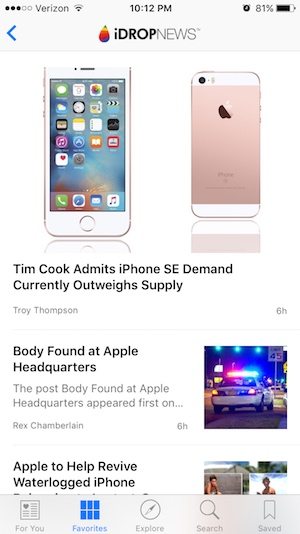 Apple News started off with the stigma of bloatware but the more we’ve used the app, the more we’ve grown used to it. Apple News has become our go to application for the latest headlines, and why shouldn’t it be? It’s easy to use, fast, and intuitive. It just works – and sadly, Apple News hasn’t caught on yet in a major way yet, but it will.

Learn More: Facebook Is Trying to Take Down Snapchat With Their Own Live Streaming App

What’s your favorite feature in Apple News? Let us know in the comments below.