The Nokia brand is back. Over the weekend, the company unveiled three Android-based smartphones at the Mobile World Congress in Barcelona, Spain.

The three devices include the Nokia 3, the Nokia 5, and a new global version of the Nokia 6 — which was originally unveiled as a China-only release back in January. All three are set at an affordable price point, and at launch, they will all run on a clutter-free version of Google’s latest Android Nougat 7.1.1 operating system. They’ll also include monthly security updates, as well as Android’s newest features, like Google Assistant. 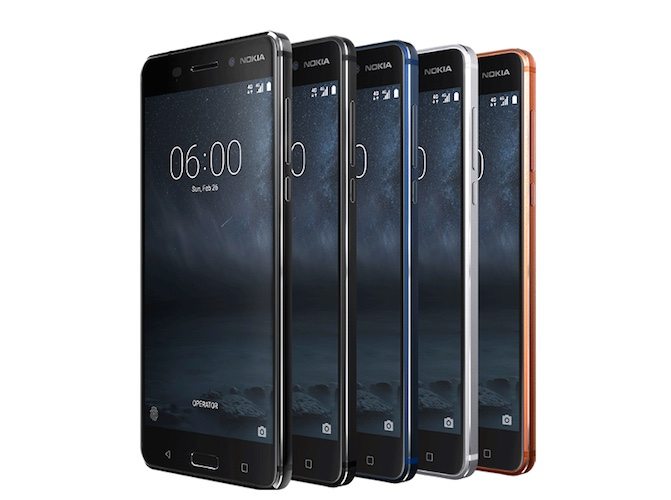 The global version of the Nokia 6 will be a pretty standard Android offering. It’ll feature a 5.5-inch HD display, Dolby Atmos immersive sound, a 16-megapixel rear camera and an 8-megapixel front-facing camera. Perhaps as a throwback to the durability of Nokia’s earliest phones, the Nokia 6 is being marketed as “life-proof,” machined out of a single block of aluminum and featuring Corning’s Gorilla Glass. It’ll be available in Matte Black, Silver, Tempered Blue, and Copper. There’s also a separate black, high-gloss Arte edition with extra internal storage and an extra gigabyte of memory. 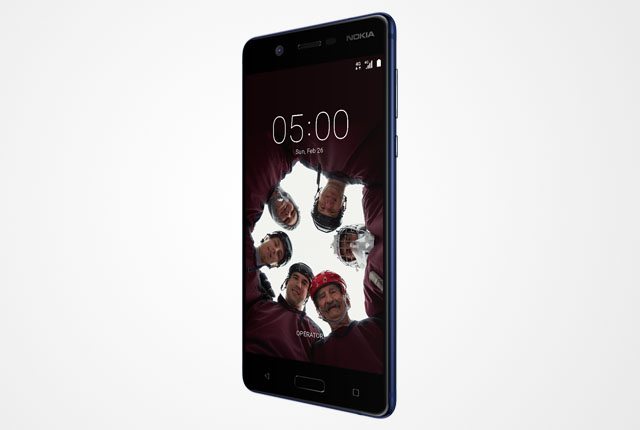 The smaller Nokia 5 is also machined from a single 6000 series aluminum block. It’ll be equipped with a 5.2-inch Gorilla Glass display, 16 gigabytes of internal expandable storage, and a 13-megapixel rear-facing camera. Both the Nokia 5 and Nokia 6 will run on a Snapdragon 430 chipset, and the Nokia 5 is also available in the same four colors as the Nokia 6. 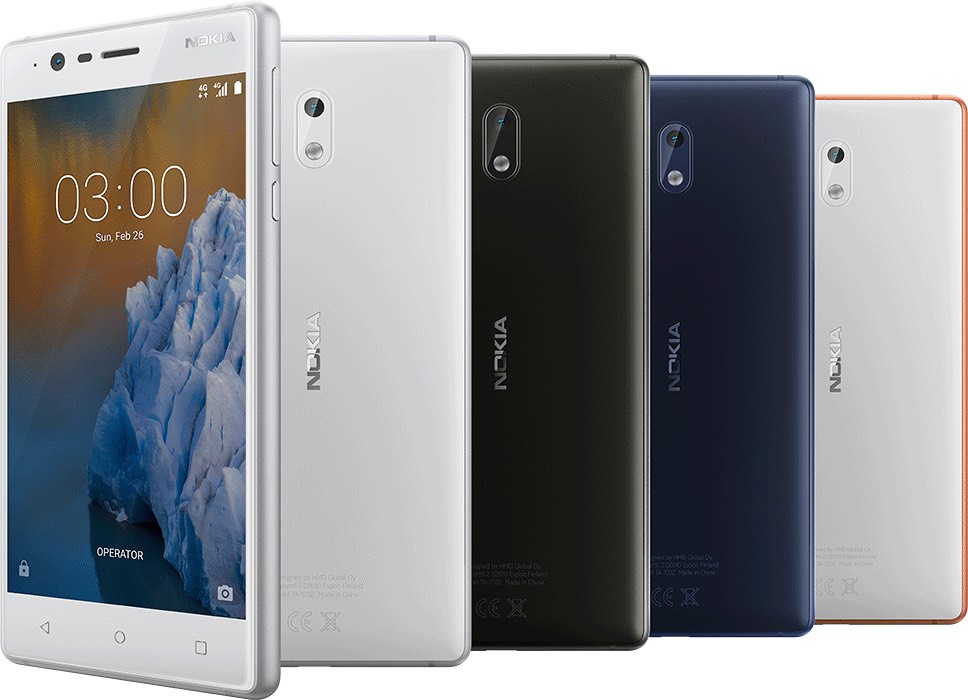 The entry-level, pared-down Nokia 3 will feature a polarized 5-inch Gorilla Glass display, and have an 8-megapixel camera on both the front and back. This particular device will be available in the slightly different color options of Silver White, Matte Black, Tempered Blue and Copper White.

The three smartphones are likely to be an important first step for HMD Global, the Finnish company who bought the exclusive licensing rights to start producing Nokia-branded smartphones. Though solidly mid-range devices, their lower price points might give them a slight edge over pricier flagships from the likes of competitors such as Apple and Samsung. And, unlike previous attempts at revitalizing the Nokia brand, HMD Global’s devices will be able to tap into the vast Android-based app economy.