It’s been over three-years since Apple last updated its Mac mini, and while Tim Cook has suggested that his company “has no plans” to abandon its pint-sized Mac, we’ve yet to hear much if anything from the rumor mill alluding to when we might actually see one.

Of course, what a Mac mini would even look like in 2018 or beyond — given the design and technological advancements Apple has achieved since then — remains open to imagination.

One of the company’s most recent hardware innovations was its revolutionary OLED TouchBar, which was introduced as a staple feature in its high-end 2016 MacBook Pro models. We’ve seen the Touch Bar envisioned in a number of other concepts, including in a patented, potentially upcoming version of Apple’s wireless Magic Keyboard. But never on a Mac mini.

Now, for the first time ever, we’re seeing gorgeous renders of what one industrial design artist envisions as “the next-generation all-in-one Mac,” which are coming to us courtesy of the talented Louis Berger. 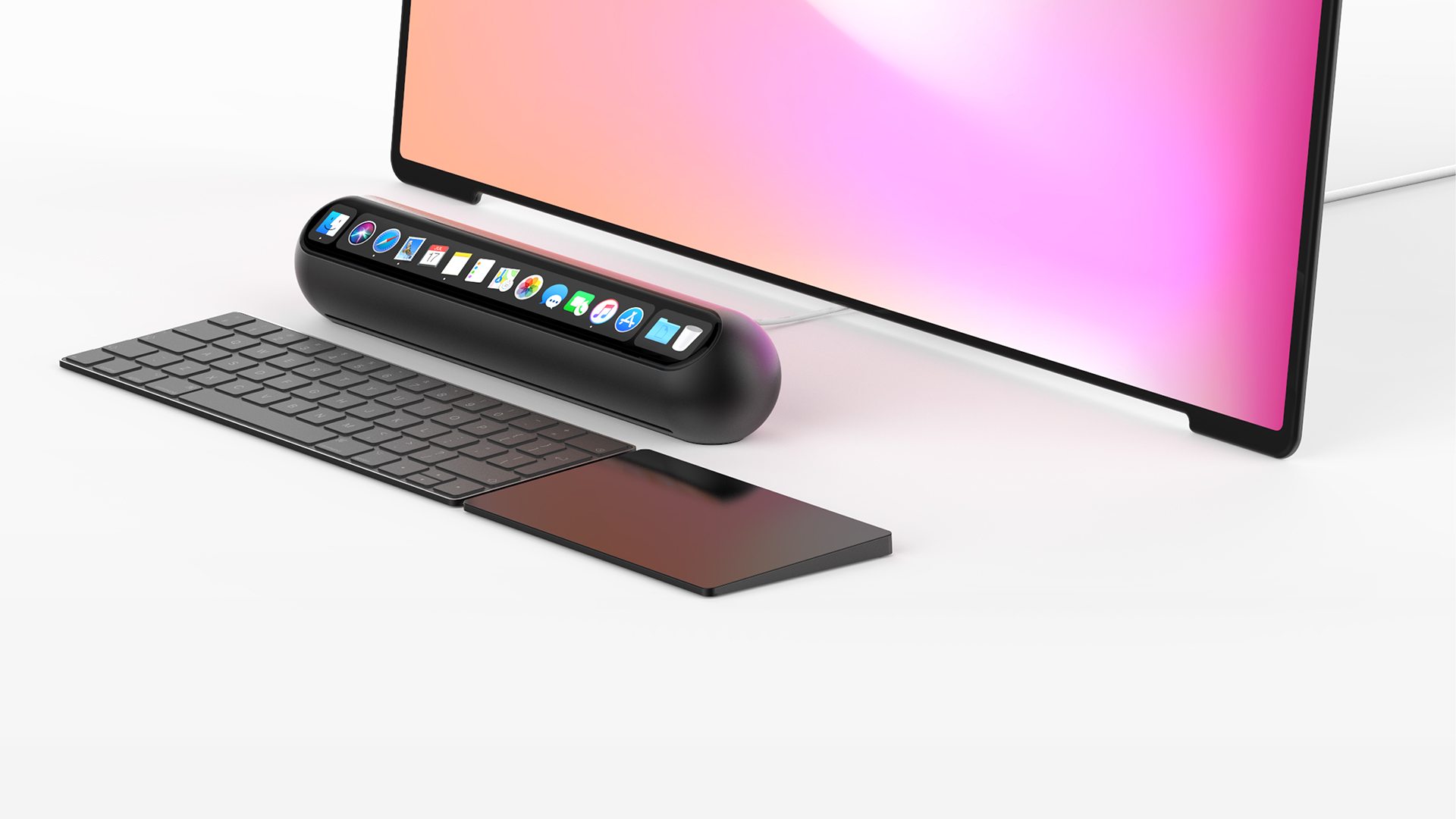 Dubbed ‘Taptop Computer’, Berger’s concept effectively combines all the components you’d find in a desktop Mac computer, along with a microphone and speakers, as well as a Touch Bar integrated into the unit itself — which can either be used to display the app dock on its integrated touchscreen display, or function as a TouchBar for quickly accessing tasks and commands.

“The Taptop concept repositions the classic desktop PC from a box with outsourced hardware components into a device which is in the centre of user interaction,” Berger said via his official webpage. “It fuses the cursor optimized desktop interface with a multi-touch control strip, functioning as the Dock and Touch Bar, allowing users to interact with the actual device, not just with peripherals.”

The concept also incorporates Apple’s new Face ID facial recognition tech via a TrueDepth camera system, allowing the tabletop Mac to quickly authenticate a user when they’re within view of it.

It would certainly be awesome to see Face ID on a future version of the Mac, which it could, after the feature is introduced on Apple’s 2018 iPad models of course.