Upon the Apple Watch’s release, some individuals believed that it lacked appeal, but it’s hard to stand by this statement now that the wearable device has come out on top as the most popular smartwatch. And furthermore, users are flocking to expensive and rare accessories for their coveted Apple Watch.

In celebration of LGBT Pride in June, Apple decided to give their employees, who participated in the event, a rainbow colored Apple Watch band. The unique, and extremely rare, bands were distributed by Apple in celebration of 30 years of Apple Pride, which was the tech company’s first Diversity Network Association. 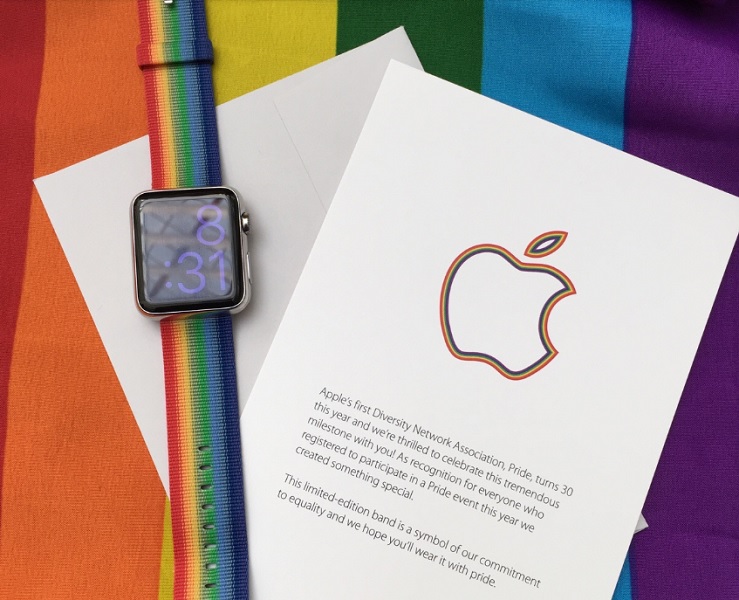 With it came a letter that notified the recipient: “As recognition for everyone who registered to participate in the Pride event this year, we created something special. This limited edition band is a symbol of our commitment to equality and we hope you’ll wear it with pride.”

And apparently, these limited edition bands are currently fetching a pretty penny. Given that these bands were not available for purchase, a number of them started to appear on eBay. And according to a few posts, these bands are going for prices as high as $400.00; so it’s safe to say that rare and limited-edition Apple Watch bands are definitely in demand.

If dropping $400 on a rainbow band doesn’t sound like a great idea to you, a Maryland-based watch accessory named Clockwork Synergy has created a rainbow Apple Watch band that is very similar to the limited-edition ones given to Apple employees partaking in San Francisco Pride: available at much more affordable price.

However, these will only be available for purchase at Apple Store in Village Mall in Barra da Tijuca. So unless you are in Brazil for the Olympics, you will have to wait until they appear on eBay.