Thinking about swapping your iPhone’s battery out for a new one? You probably want to get it done sooner than later.

It’s worth noting that the iPhone XR, XS and XS Max are not eligible for $29 battery replacements since they’re new enough to not have significantly aged batteries.

Apple first introduced the program in the wake of the “Batterygate” fiasco. In short, the controversy focused on a power management feature that throttled the performance of iPhones with degraded batteries to mitigate random shutdowns during times of peak processor usage.

While Apple has added the ability to turn off performance throttling, it’s still a good idea to swap your iPhone battery for a new one if it has aged or degraded significantly.

Doing so will bump up the performance and/or reduce the chance of random shutdowns, depending on your specific preferences.

If you’re interested in a battery swap, here’s what you need to know.

Of course, you should probably only swap your iPhone’s battery if the old battery is aged or degraded.

Previously, there wasn’t a way to tell if an iPhone battery was aging short of bringing it to an Apple Store. But, in iOS 11, Apple added the ability to check your device’s battery health right in the Settings app.

At a glance, the section will let you know your battery’s maximum capacity and whether or not it will operate at Peak Performance Capability. 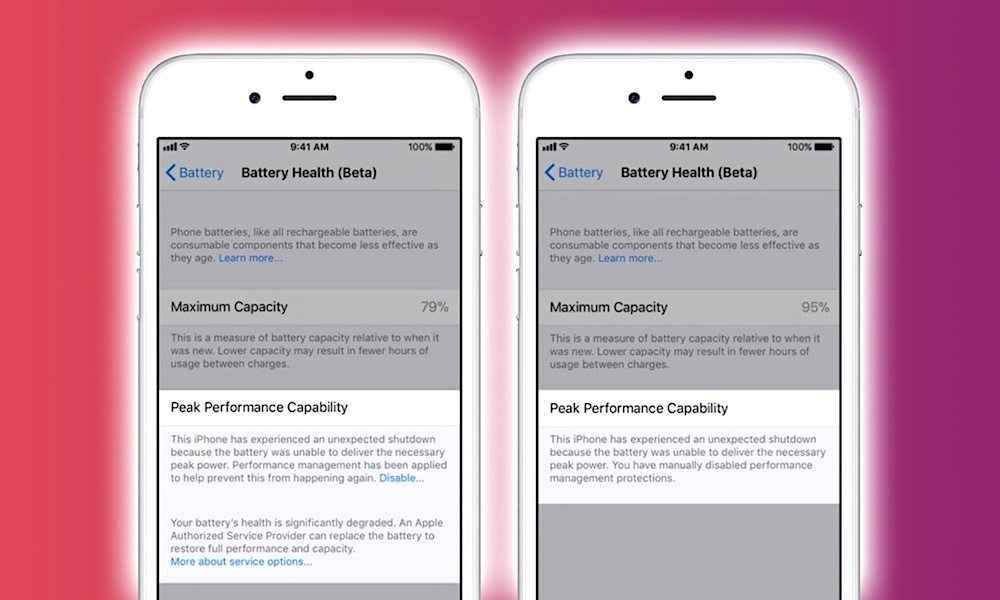 If your battery is aged or degraded, the Battery Health section will notify you and recommend a battery replacement.

✓ Getting a Battery Replacement

If you want or need a battery replacement for your iPhone, you’ll need to contact Apple directly.

Luckily, Apple has a dedicated support site that makes it easy for users to initiate a battery replacement for their own devices.

You have a variety of options when it comes to the actual repair process. You can take your iPhone to a local Apple Store or an Apple Authorized Service Provider. Alternatively, you can mail your iPhone to Apple for repairs.

Also keep in mind that any damage that could impair the replacement process, such as a cracked screen, will need to be repaired before you can get your battery swapped.

✓ What About When the Program Ends?

On Jan. 1, 2019, battery replacements for the iPhone 6 through the iPhone 8 lineups (including iPhone SE) will cost $49.

For the iPhone X, as well as the iPhone XR, XS and XS Max, battery swaps will be priced at $69.

Previously, all battery replacements cost $79, so it’s still a bit of a discount off the original price. But still, if you’d like to get your iPhone battery replaced on the cheap, you’ll want to do it before the end of December 2018.