Apple’s iPhone is one of the most easily recognizable mobile devices in the world. This could be due to any number of factors: the sleek design, carefully placed advertisements, cool retail stores, or the frequency of iPhones in the hands of mobile users. Whatever the reason, the iPhone has made an impact on the mobile market. And this doesn’t just resound with adults: the teen market feels the same way, too. 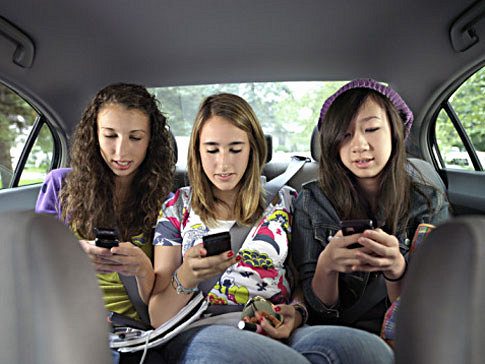 Piper Jaffray conducts this survey twice a year in order to track the teen market. The survey was taken from 6,500 teens with an average age of 16.5 years old. Compared to their findings six months ago, they found that iPhone ownership among teens rose two percent, and those who expected to get an iPhone in the future rose one percent. This could be due in part to the iPhone’s ease of use and or because the iPhone (and associated Apple products) are pitched as both a lifestyle and a luxury item that help teens achieve social status.

And Apple isn’t just the preferred mobile device, either. Among teens who are smartwatch users, over 70% of them were the proud owners of an Apple Watch. This makes sense, considering that more teens prefer, and are seeking, iPhones.

According to a spokesperson: “We would expect the Apple Watch to maintain market share close to that of iPhone, but don’t expect major changes in interest until stronger use cases emerge.”

The only market where Apple declined slightly was in tablets. According to the survey, 59% of teens own some sort of tablet; and of those teens, 48% of teens own an iPad. This is a two percent drop from the survey taken six months before. However, there may be some renewed interest in tablets now that Apple has released the iPad Pro in 12.9 and 9.7-inch models. These, paired with the Apple Pencil, could draw in new users, especially art students or those who attend technology-focused schools.

How often do you see teenagers with Android phones? All of the time or hardly ever? Let us know in the comments!