iPhones are the pinnacle of mobile devices. They are stylish, sleek, and easy to use. But, as with any mobile device, they have their limitations, especially in the realm of customization. Some things are embedded into iOS and cannot be changed…unless you have a jailbreak tool.

Famous hacker teams Pangu and TaiG both provided jailbreaks for iOS 9.2, but the vulnerabilities were quickly patched by Apple in the iOS 9.2.1 update. Currently, there is a jailbreak option for iOS 9.2.1 courtesy of an Italian hacker by the name of Luca Todesco. Todesco also claims to have also figured out a way to jailbreak the beta of iOS 9.3, which means that both Pangu and TaiG have a new task on their hands.

While jailbreaking an iPhone will void Apple’s warranty, many iOS users believe it’s worth the trade-off. While we cannot recommend users to jailbreak their iPhone, here are some of the major benefits one would find should they choose to jailbreak at their own risk.

Currently, the Lock Screen on an iPhone allows you to access the camera, control panel, and a music app like Spotify (when your headphones are plugged in). But are there other features you’re missing that would make things easier? By jailbreaking your device, you can get multiple lock screens, better notifications, and even a customized control panel.

Apple has banned numerous apps for not meeting their strict guidelines. But guess what? By jailbreaking your device, you’ll get access to a host of apps via Cydia. These include anything from gaming emulators to messaging hacks to mobile hotspots. The possibilities are endless! Check out all of the different jailbreak tweaks you can install on your device here. 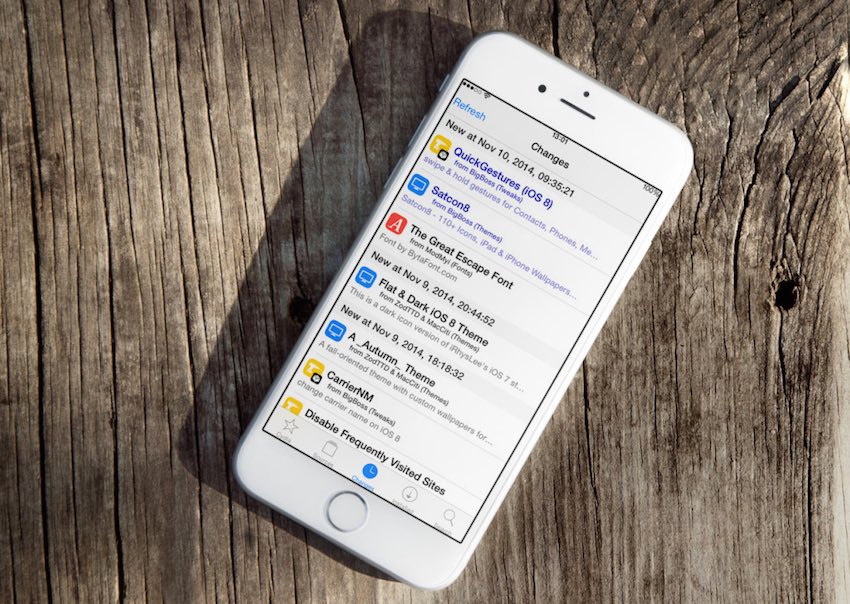 While Apple does a nice job of keeping a clean theme, it would be nice to add some of your own personality and style to their existing theme. Jailbreaking your device can help you with this. With a jailbroken device, a user can choose from a number of preset themes, or even convert their iPhone into an ‘Android’.

There’s a chance that you prefer certain apps over others, and would like iOS to use those by default. But unfortunately, iOS doesn’t allow that option. With a jailbroken device, you can set your own custom default apps. It is an added layer of customization to make for a good user experience, and keeps you from settling for Apple’s apps or constantly choosing how you want to open certain links, files, etc.

Some individuals think that jailbreaking your device means that you open yourself up to a host of vulnerabilities. True, some users have reported that “bricking” (rendering your device unusable until you perform a factory reset) occurred after installing a jailbreak tool. However, there are a number of added security features that you can add to your jailbroken device. For instance, iCaughtU takes a photo of whoever enters the wrong passcode on your device. And BioLockdown adds extra security by requiring a fingerprint scan to use certain functions.

By choosing to jailbreak your device, you can open up your iPhone to a whole new world of customization and tweaking that can make for an iPhone that is uniquely you.

Read Next: Why Apple Is No Longer Bidding for NFL Thursday Night Football Streaming Rights
Sponsored