The Apple Watch is certainly a handy device for health and wellness, but in an emergency situation, Apple’s flagship wearable could very well save a life.

That’s a feature most of us probably hope never to test out, but one college student from Maryland experienced firsthand how the Apple Watch can help in an emergency. Casey Bennett, 22, was driving home from campus on April 6 when another vehicle struck his car — deploying the airbags. The Jeep Patriot Bennett was driving flipped over on its side, leaving him hanging from his seatbelt and flinging his iPhone out of reach, according to local media. 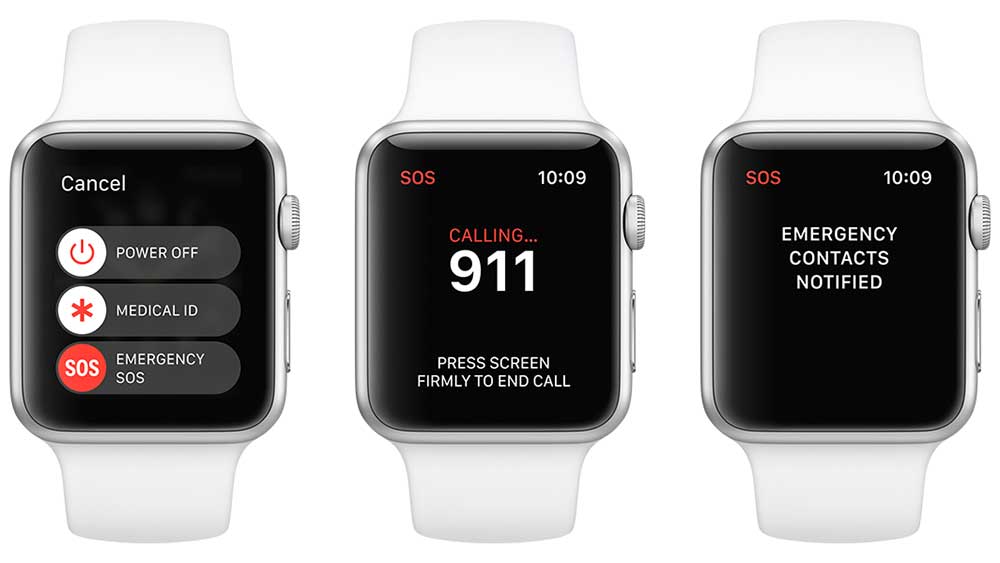 Despite being disoriented by the crash, Bennett realized that he was wearing his Apple Watch. “I just pressed down this side button on here for six seconds and it called 911,” Bennett told ABC News. His Apple Watch was also programmed to send a text message to his emergency contacts with his location. Bennett reportedly spent the six minutes it took for first responders to arrive talking to 911 via his Watch.

When firefighters arrived, they helped him escape the car. His dad, who had been notified via the Apple Watch emergency texts, met him at the crash and rode with him to the hospital. Bennett suffered a bruise across his chest from the seatbelt he was wearing, and a bruise on his knee from the collision. But, two weeks later, he’s reportedly fine — and already driving around in a new car. After the event, he personally sent an email to Apple CEO Tim Cook, thanking him for the Apple Watch’s emergency feature. Cook responded, saying that he was glad Bennett was okay, according to ABC News.

Apple first introduced the emergency SOS feature in watchOS 3, letting users call 911 and notify their emergency contacts by holding down the Apple Watch’s side button for a few seconds.