HBO has officially released a new streaming service called HBO NOW which comes with a 1-week free trial. This streaming service allows subscribers to watch all of HBO’s premium movies and TV shows for those who do not have a cable subscription to HBO. Content that comes with the subscription includes popular shows like Game of Thrones, Girls, Silicon Valley, VICE as well as dozens of other recently released movies and shows. 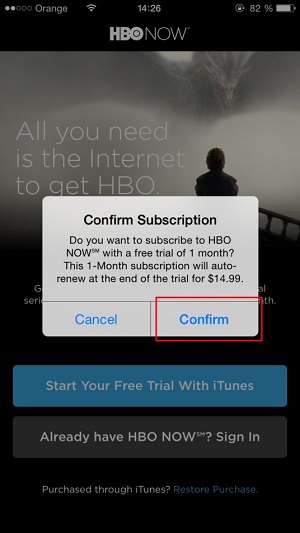 There are pros and cons to the HBO NOW streaming service, but most importantly you need to be sure you delete it before the 7 day trial is over if you don’t want to pay the $15 monthly fee. To do this, you’ll need to go into your account settings and turn off the auto-renew subscription. 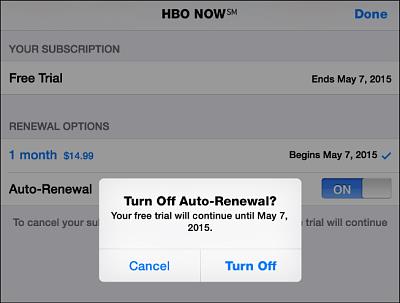 Go to the App Store on your iPhone or iPad and tap on the featured tab, scroll down and tap on Apple ID, View Apple ID, and entre your username and password. Then in Account Settings, tap Manager under the subscriptions section. Then turn off the auto-renewal option and verify. If you know for sure that you won’t be keeping HBO NOW then you should do this right away so you don’t forget and accidently get charged.

When HBO NOW was first announced HBO stated there was an exclusive partnership with Apple. The HBO NOW channel is available on the latest Apple TV, as an app for the iPhone, iPad, and iPod Touch and can be downloaded through the App Store.