Snapchat has introduced a new feature this week called Snap Maps. The feature lets you see your friends and fellow Snapchat users on a map, and vice versa — and since its announcement, it has raised some serious privacy concerns.

“We’ve built a whole new way to explore the world! See what’s happening, find your friends, and get inspired to go on an adventure!” Snap, Inc. wrote in a blog post. But not everyone is so enthusiastic about the feature. Some concerned citizens have taken to Twitter to call the feature “dangerous,” since it allows Snapchat users to see “the exact location of people … like literal addresses.” 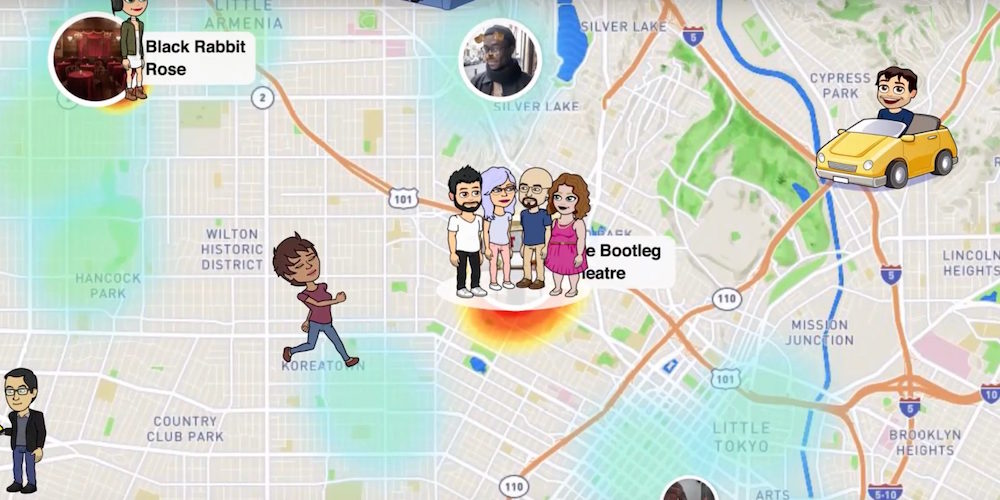 Indeed, the feature does plot your — and other users’ — location on a map. From there, you can tap on their avatar to view their story, or message them directly to make plans or meet up. Snap Maps also allows you to see “hot spots of activity,” where lots of Snaps are uploaded at once. Seemingly, however, you can only view the location of people who are your friends on the platform and only those who have opted-in to location-sharing. Despite that, some groups are still concerned about the possibility of stalking and harassment, especially for younger users

“Given how specific this new feature is on Snapchat — giving your location to a precise pinpoint on a map — we would encourage users not to share their location, especially with people they don’t know in person,” Childnet International wrote in a blog post. Larry Magid, CEO of ConnectSafely.org, also advocated for being selective with whom they share their location with, particularly in the case of children or teenagers. To be fair, the assertion that the location-sharing feature is automatically enabled or shares your exact location with strangers is patently false though there still could be issues. “Users should be aware of the feature and review it periodically — if a friend becomes an ex-friend, for example,” Magid told The Guardian.

Luckily, for the truly privacy-minded, Snap Maps does include a “Ghost Mode” which hides your location from everyone but you. In fact, before activating the feature in the first place, you have to specifically choose to not enable Ghost Mode — the other two options are to share your location with all of your friends, or to choose select friends from a list.