Researchers at the Israel Institute of Technology have devised a device that can identify 17 different diseases simply by analyzing a patientâ€™s breath.

To develop the device, the team of researchers gathered and tested breath samples from over 1,400 patients and discovered unique, volatile compound â€œfingerprintsâ€ made up of 13 different chemicals for diseases such as Parkinsonâ€™s, Crohnâ€™s disease, eight types of cancers, and others, according to a press release.

â€œThese odor signatures are what enables us to identify the diseases using the technology we developed,â€ said Professor Hossam Haick, the teamâ€™s lead researcher.

The team then built an â€œartificially intelligent nanoarrayâ€ to detect the chemicals in other patients. The device uses a suite of specific sensors â€” including gold nanoparticles and carbon nanotubes â€” to detect the presence and even the ratio of the chemical compounds in breath. The data the device picks up is then analyzed by an AI, which factors in various things like age and gender. 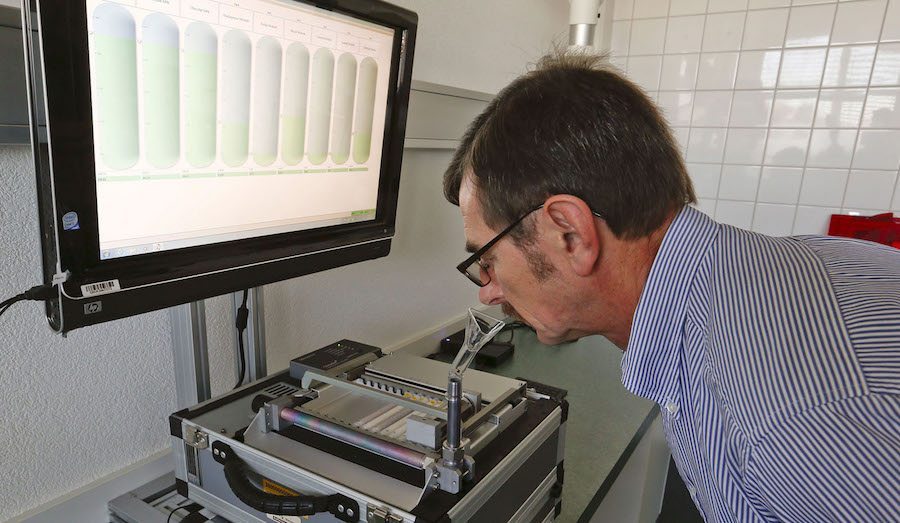 The device was able to pick out the right affliction 86 percent of the time. While itâ€™s not quite accurate enough yet to be used in clinical diagnosis, the technology shows a lot of promise: itâ€™s fast and non-invasive, and could help medical professionals catch diseases earlier and more easily than traditional testing, Engadget reported.

â€œIt is available without the need for invasion and unpleasant procedures, itâ€™s not dangerous, and you can sample it again and again if necessary,â€ Haick said in a video.

Additionally, the device could also be used to identify patients who have a higher risk of certain conditions â€” even before theyâ€™re sick. Once it becomes more accurate, Haick hopes that the technology could be used to catch diseases early, when the illnesses are oftentimes more treatable.

â€œFor example, in the case of lung cancer we can increase the survival rate from 10 to 70 percent by early diagnosis,â€ Haick said in a press video.

This isnâ€™t the first time doctors have seen the breath as an accurate measure of different diseases. In fact, the ancient Greeks were the first to propose such a theory. But the confirmation of that age-old hypothesis could mean faster and more convenient treatment for patients across the globe.