Images via The Boring Company

Elon Musk’s Boring Company has already sold $5 million worth of its flamethrowers, based on the company’s current pre-order estimates.

Let’s back up a bit. The Boring Company is an Elon Musk-headed company that, once upon a time, was focused on digging massive holes for vast underground freeways. Now, apparently, they’re selling fully functional (and branded) flamethrowers for $500 a piece.

Yes, that sounds like an Onion headline, but if you follow this link, you’ll be able to pre-order what appears to be an Airsoft rifle that’s been modified to shoot flames rather than pellets.

Mark it down as a promise that Musk has made good on. Prior to announcing the flame-spewing device, the Boring Company sold branded $20 hats, of which the firm only made 50,000. Musk tweeted in December that, after it had sold out of hats, the Boring Company would begin selling flamethrowers.

On Christmas Eve 2017, Musk followed up by saying that his company had reached the 50,000-hat cap, and that the flamethrower would be coming “soon.” Most people probably assumed he was joking.

But, sure enough, the flamethrower became available for pre-order on Jan. 27, after its existence had leaked just a few days earlier. Since then, Musk has been tweeting out various flamethrower-sales milestones. As of this afternoon, for example, the Boring Company has sold 10,000 pre-orders of the flamethrower, which roughly translates to $5 million worth of fire-breathing rifles. That number is probably higher by now. 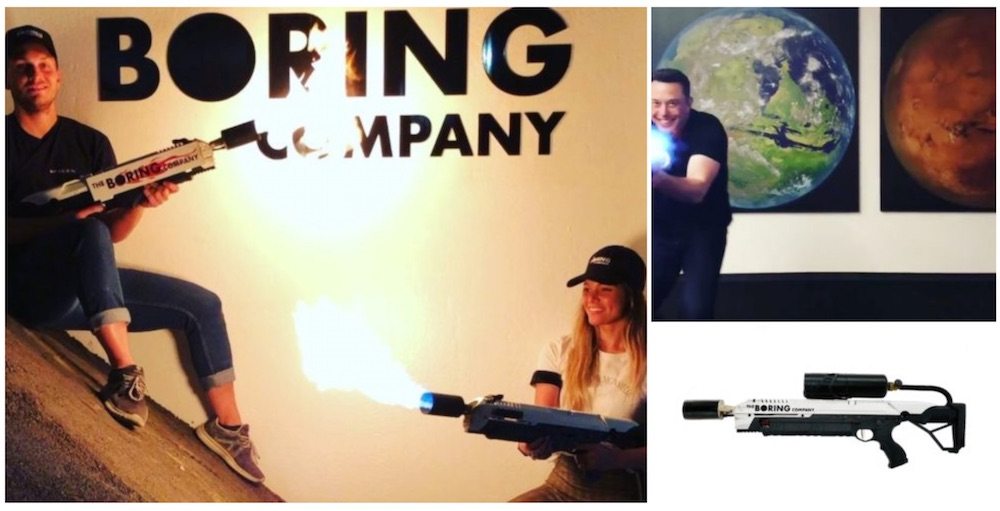 As for why anyone would need a flamethrower, Musk tweeted that the device is great for “roasting nuts.” He also added that “when the zombie apocalypse happens, you’ll be glad you bought (one).”

If you’re interested in a flamethrower, which is “guaranteed to liven up any party,” the device appears to still be available for pre-order. Musk did state that it was a terrible idea and not to buy one … “unless you like fun.” The Boring Company said it will sell a total of 20,000 flamethrowers, so you should probably hurry if you want one.

And before anyone brings up relevant questions of safety, the firm promises that the flamethrower is “the world’s safest.” If you’re still worried about accidentally setting everything on fire, the company is also selling an “overpriced” fire extinguisher.

There’s currently no word on when the flamethrowers will ship out to customers.