The iPhone X is finally here, and it’s the first major overhaul the iPhone line has seen in years. Fittingly, the tenth anniversary iPhone is already being hailed the finest device Apple has made yet, though at $1,000, it’s not without its competitors. Here’s a roundup of the strongest rivals that are vying against the iPhone X: 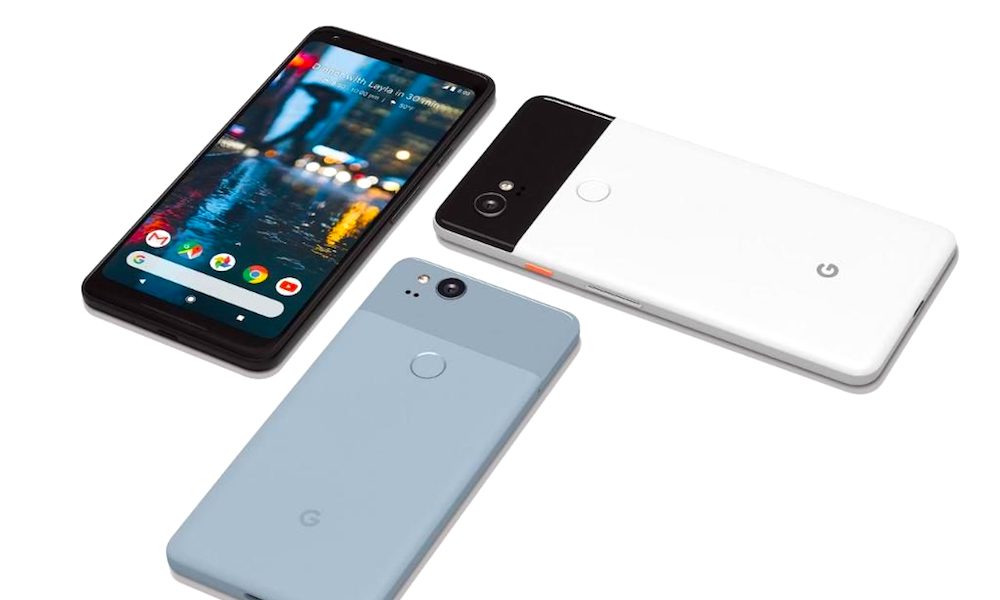 Google has unveiled its second generation of in-house smartphones. The Pixel 2 XL is the pricier option at $849, thanks in part to its powerful Snapdragon 835 processor and 6-inch edge-to-edge QHD OLED display– which is larger than the 5.8” OLED display featured on the iPhone X. It also ushers water resistance into the Pixel lineup while doing away with the 3.5 mm headphone jack. One feature that sets the Pixel 2 XL apart from its competitors is its powerful camera, which has notched the highest score ever in the DXO Rankings for its “excellent color rendering” and “impressive dynamic range”.

The downside is that the Pixel 2 XL only has one rear-facing camera compared to the two camera setup that its peers have opted for. Not to mention that the selfie-cam on the iPhone X features a TrueDepth module with advanced lasers and sensors that identify your face, unlock your phone, and log you into apps seamlessly. 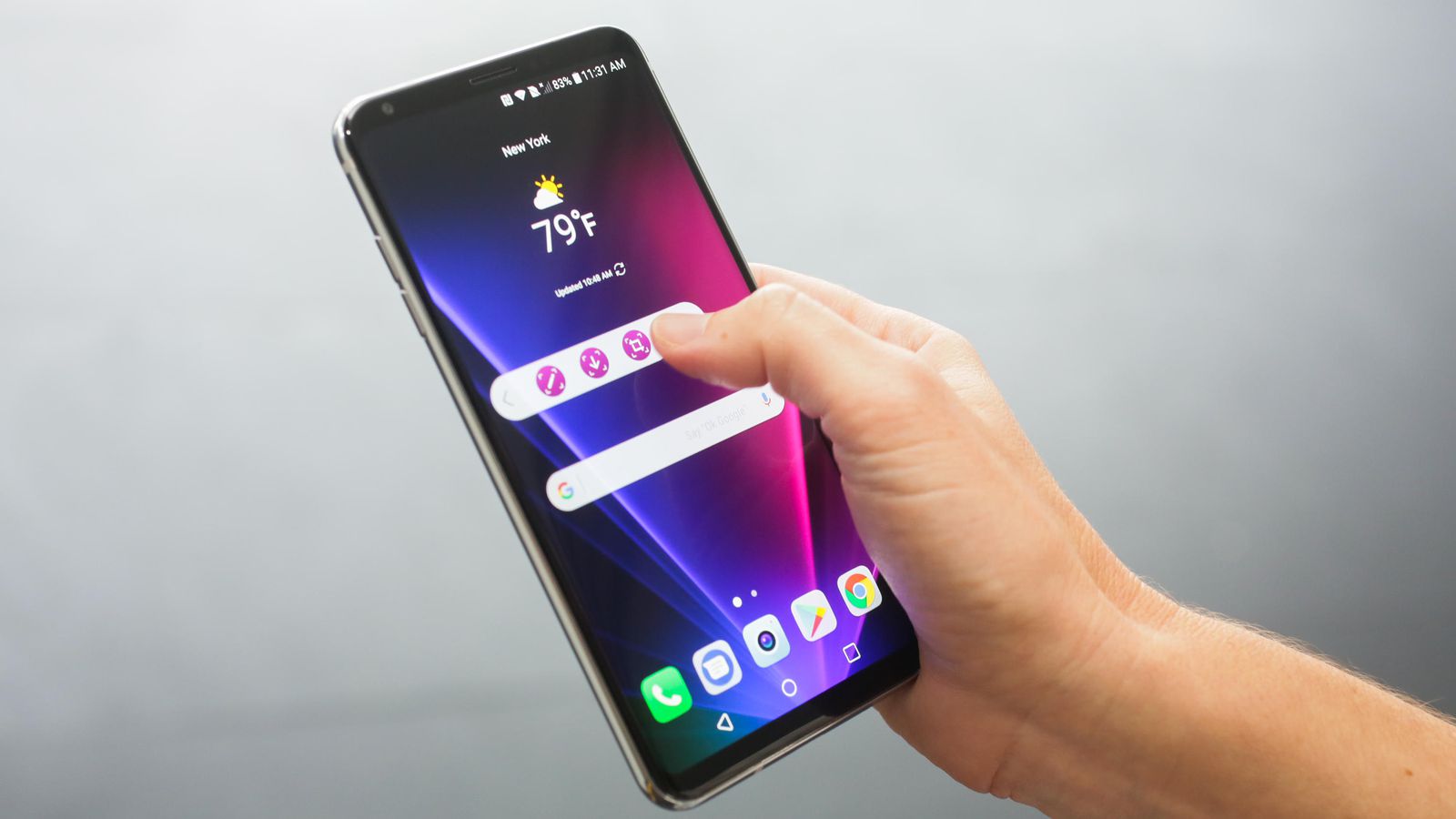 LG has also jumped on the bezel-less bandwagon with its LG V30, which features a stunning 6-inch P-OLED display with a high resolution of 537 ppi for the relatively low price of $750. Like its Android peers, the V30 runs on a Snapdragon 835, but lags behind the Note 8 in terms of RAM (4GB). The V30 has water resistance, a dual rear camera (16MP and 13MP), a 5MP front camera, as well as a microSD slot for up to 256GB of storage expansion–something that the iPhone X notably lacks.

As far as raw processing power goes, it’s hard to beat the iPhone X’s A11 Bionic processor despite the fact that the V30 offers 1 more GB of RAM. The iPhone X stands out for its advanced TrueDepth module and FaceID, which has KGI Securities analyst Ming-Chi Kuo declaring that the Apple flagship is a full two years ahead of its Android competitors in terms of security and sophistication. The V30 does offer both fingerprint scanning and face unlock which reportedly works “fine”. However, Kuo argues that the TrueDepth camera distinguishes itself for its ability to scan facial features in 3D, which paves the way for more realistic and responsive Animoji. In terms of pure specs, the iPhone X keeps up with or edges out its rivals in key categories while outstripping them in terms of raw power and technological sophistication. 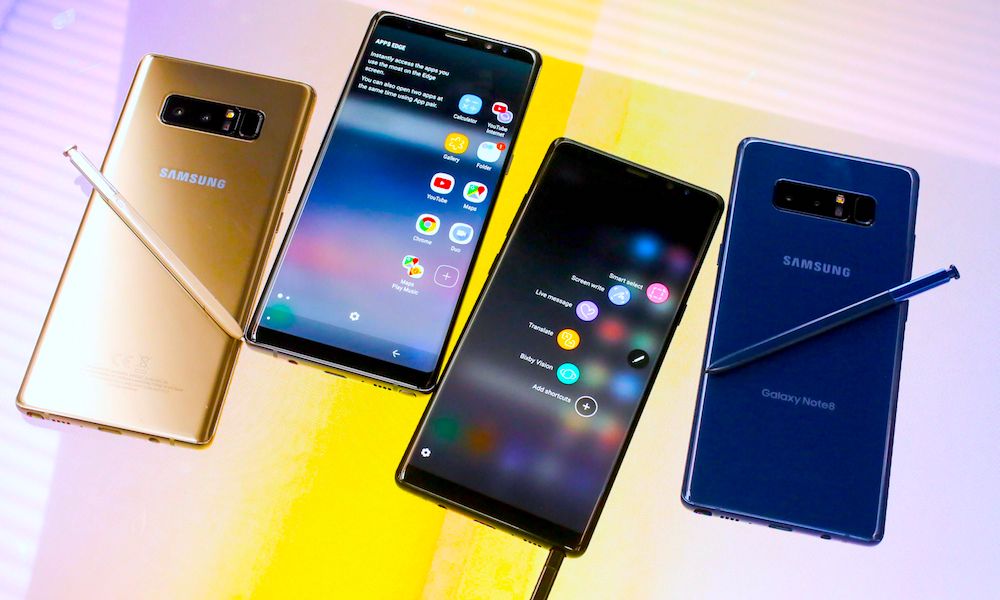 The Samsung Galaxy Note 8 ($930) is also a strong contender for the title of best smartphone of 2017. Like the iPhone X, it is water resistant and has a dual camera setup on its rear, featuring two of 12 MP cameras. On top of that, it has an 8 MP front-facing camera compared to the iPhone X’s 7 MP camera. The Note 8 also provides a hefty 6 GB of RAM compared to the iPhone X’s 3 GB and offers a microSD storage slot for expansion to boot. Like the Pixel 2 XL, the Note 8 runs on a Snapdragon 835, Androids anointed competitor to Apple’s more powerful A11 Bionic processor.

But its standout feature is undoubtedly its massive 6.3-inch, edge-to-edge OLED display, which outstrips those of its competitors in size and quality. Dubbed the “Infinity Display”, the Note 8’s display panel dominates the bezel-less phone and has topped rankings for display quality.

By comparison, iPhone X also features a Samsung OLED “Super Retina” display that’s smaller (5.8-inches) and has a notch cut out of the top to make room for its TrueDepth camera system, which takes some getting used to. With HDR 10, Dolby Vision, and True Tone technology, the newest iPhone’s OLED display is no slouch by any means. While it provides less color saturation than Samsung’s flagship, this was a deliberate choice on Apple’s part as it paves the way for a more natural color display. And at 458 ppi, the iPhone X’s display is the most pixel-dense of any iPhone.

At the point where you’re spending more than $900 on a smartphone, the iPhone X, at a $1,000 price point, is well worth considering given the uniqueness of its marquee features, namely, Face ID and the TrueDepth camera module.

Read Next: Broadcom Takeover Is Exactly What Qualcomm Needs
Sponsored