The aforementioned numbers are generations of the Wi-Fi standard.

But if you donâ€™t know what they are, you can probably see how itâ€™d be hard to tell them apart.

And so the Wi-Fi Alliance, the group dedicated to overseeing these standards, is fixing that.

While the next-generation version of the Wi-Fi standard is called 802.11ax, the Wi-Fi Alliance is giving it a much easier moniker: Wi-Fi 6. 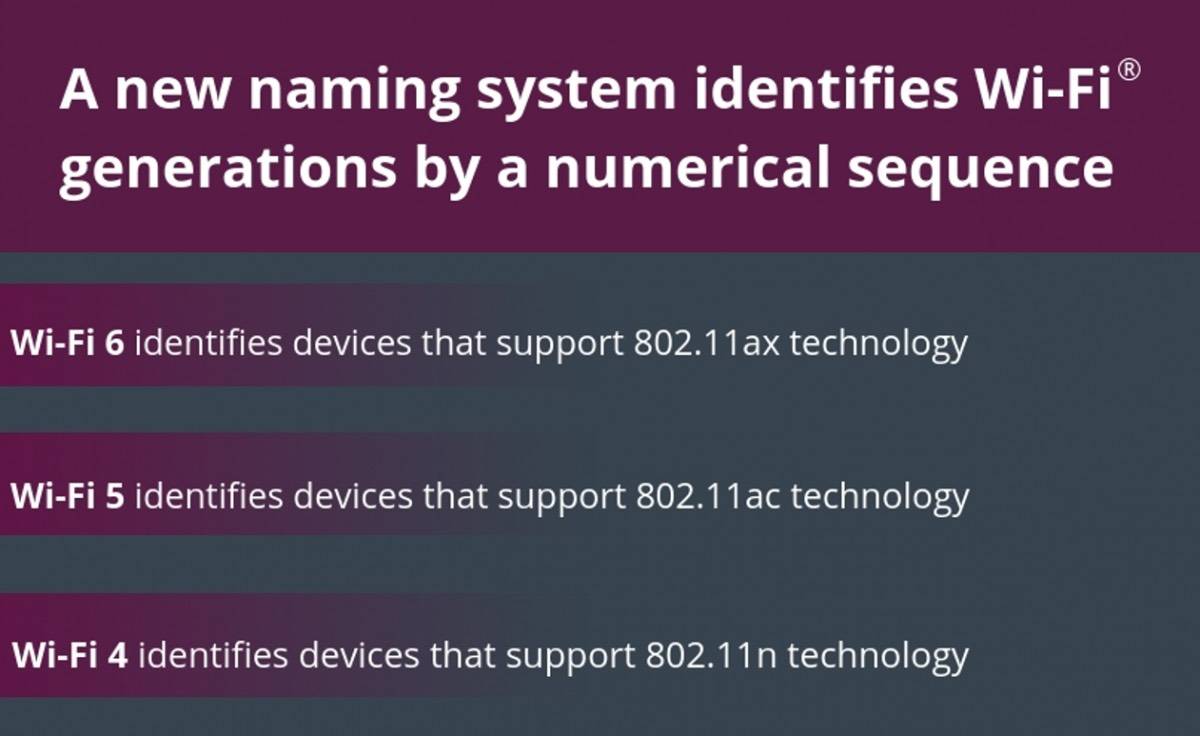 But rather than just being arbitrary numbers, these Wi-Fi generations actually mean faster data speeds and upgraded performance for you when youâ€™re connected to a wireless network. Itâ€™s just like the yearly release of Unicode standards for emoji, or annually upgraded LTE technology.

Wi-Fi 6 will feature faster data rates and better performance in device dense environments like concerts or sports games. And notably, itâ€™ll also sport improved energy efficiency â€” in other words, itâ€™ll save some battery life on future smartphones when browsing the internet on a Wi-Fi network.

Itâ€™ll also help foster better connections for smart home setups or Internet of Things systems â€” as well as larger deployments of smart and IoT devices for businesses and firms.

But itâ€™s the simplified naming scheme thatâ€™s likely garnering the most attention.

â€œFor nearly two decades, Wi-Fi users have had to sort through technical name conventions to determine if their devices support the latest Wi-Fi,â€ Wi-Fi Alliance President and CEO Edgar Figueroa said in a press release.

â€œWi-Fi Alliance is excited to introduce Wi-Fi 6, and present a new naming scheme to help industry and Wi-Fi users easily understand the Wi-Fi generation supported by their device or connection,”Â Figueroa added.

The Wi-Fi 6 standard is currently expected to be finalized next year, so itâ€™ll be a while before it shows up in future iPhones.

If youâ€™re curious about which Wi-Fi standard your own device supports, you can check the technical specifications of various Apple devices here. The Wi-Fi generation will be listed under the Cellular and Wireless heading.