A report published Friday suggests that a mysterious electric car maker by the name of “Faraday Future” could be a front for Apple’s own automotive projects, taking into consideration several variables including the startup’s vast wealth of resources.

The company began operating just last year out of a former Nissan Motors research facility, and surprisingly enough, already has 400 employees — aiming to increase that number to 500 by the end of the year. Perhaps most notably, however, some of the staff at Faraday Future include those such as the head designer of the BMW i8, a SpaceX battery specialist, as well as the vehicle interior designer from Ferrari. Additionally, some employees have résumés featuring former employers from the likes of Facebook, Google, Ford, General Motors, and Volvo. 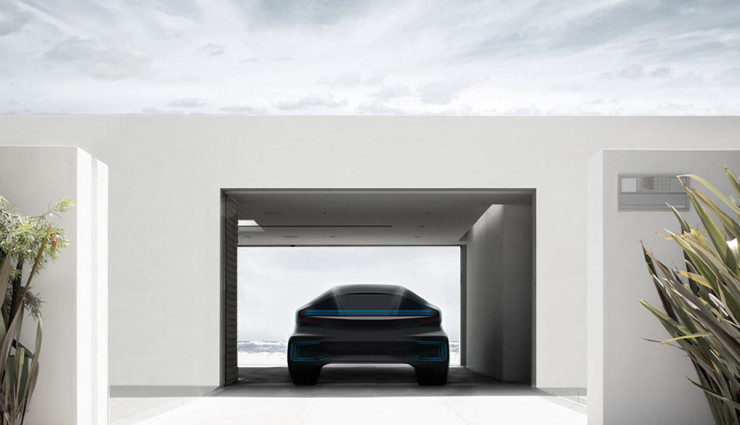 Faraday has refused to disclose the name of its CEO, although the company’s apparent spokesperson, Nick Sampson, just so happens to be the former VP of vehicle and chassis engineering at Tesla motors.

In addition to spending upwards of $1 billion on a manufacturing plant in either California, Nevada, Georgia, or Louisiana, Faraday “plans to explore other aspects of the automotive and technology industries, including unique ownership and usage models, in-vehicle content and autonomous driving.”

If all goes according to plan, the debut of the company’s first vehicle is slated for a 2017 launch, and will reportedly feature a battery 15% larger than that of the Tesla Model S — boasting about a 310 mile range.

The company has repeatedly refused to disclose where exactly its vast cash resources are coming from, reporting only to the Wall Street Journal that, “We are keeping our partners confidential.”

The fact that Faraday Future has already teased an actual car might count, to some, as a strike against a possible Apple connection; however, the kinds of hires the company has been making are quite consistent with those attributed to Apple’s Electric car project. For example, Apple has notoriously expressed an interest in BMW’s i-series line.

Even still, perhaps adding fuel to the fire for a Faraday-Apple relationship, the iPhone and Mac maker might need to finance a front company as potentially large-scale as Faraday in order to prepare for the launch of it’s own, self-branded vehicle in 2019 or 2020. The labor and manufacturing resources that are required to produce a car can be cumbersome, after all; and there have been plenty of leaks from manufacturers such as Tesla that have publicly assumed Apple has a car currently in development.