Publisher Condé Nast has revealed the newest covers for two of its popular magazines. What’s significant about these covers, however, is that both were shot on an iPhone 7 Plus.

The two covers are for Bon Appétit’s latest annual travel issue and Condé Nast Traveler’s May HOT LIST AWARDS issue. Both were shot using the various camera tools included on the iPhone 7 Plus — including Portrait Mode, which lets photographers apply a depth-of-field effect to highlight the subject of a picture. Both mark the first time that a smartphone was used to shoot a cover photo for either publication, Yahoo News reported. 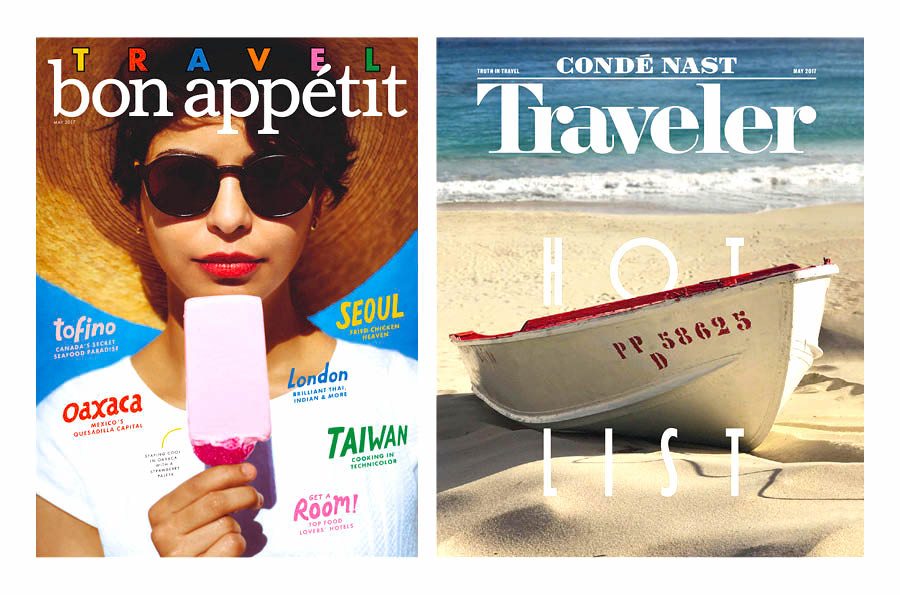 Bon Appétit’s cover, taken by famed photographers Peden + Munk, features a portrait of a woman in front of a blue background reportedly taken in Oaxaca, Mexico’s Tlacolula Market. “It changes the whole process and feel of a photo shoot, making it more intimate, less invasive, more nimble,” Bon Appétit’s Creative Director Alex Grossman told Yahoo News. “We wanted to create something our reader would relate to.” Apple has reportedly taken notice, too: the company is running an ad on the back of that issue highlighting the iPhone-shot cover photo, TechCrunch reported.

Condé Nast Traveler’s editorial team took a similar approach, reportedly tasking their photographers to highlight the iPhone 7’s new Portrait Mode feature. One of the resulting images, a bokeh shot of a boat taken in St. Barts, an overseas French territory in the West Indies, graces the cover of the publication’s May issue. “iPhone photography has reimagined the way we gather memories while we travel, making it easier than ever to capture, with exceptional precision, snapshots of our trip,” Condé Nast Traveler wrote in a press release.

This isn’t the first time that an iPhone shot was featured on the cover of a popular publication. Billboard’s February 25 issue features a photograph of former Fifth Harmony member Camila Cabello shot using an iPhone 7 Plus. Similarly, Bon Appétit actually shot its entire March 2016 issue — minus the cover — with iPhones.