Good news for all of you fashion forward, designer divas out there that have yet to take the dive on one of Apple’s hot new wearable devices — the company has officially started selling its exclusive new line of HERMÉS custom Apple Watches online, via the Cupertino tech-giant’s and French fashion designer’s respective websites. 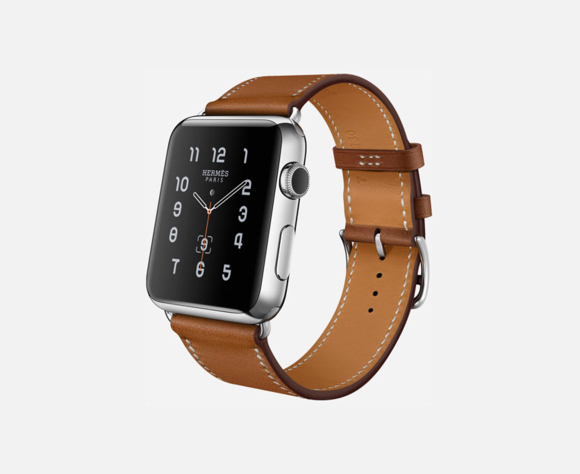 The HERMÉS edition Apple Watch comes housed in a vibrant orange box, accented with a HERMÉS Apple Watch ribbon. A purchase of the exclusive device comes with an extended, 30-day money back return policy; however the white packing that houses the device, which is housed within the larger orange box, has to remain sealed in order to qualify for a refund.

Also, good luck trying to repair that seal AFTER you’ve connected the HERMÉS Watch with an iPhone, because it won’t work, and you won’t get a refund. So proceed at your own discretion! 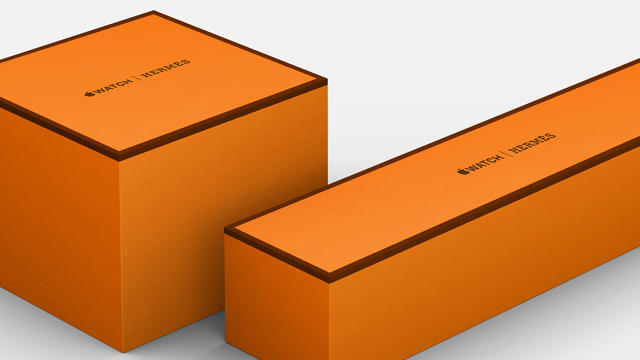 An AppleCare+ Protection plan can also be purchased for the Apple Watch HERMÉS edition, however the device will either need to be taken into an Apple retail store, or, perhaps more conveniently, purchased at the time of sale online.

The HERMÉS Apple Watch collection was originally announced in September of last year, alongside a consortium of new Apple Watch Sport colors and alternative band options.

Included within the device’s packaging is a stainless steel Watch, in addition to one of several, colored leather straps designed specifically for Apple’s HERMÉS collection. The options include, for instance, the ‘Single Tour’ buckle, which features an iconic, classic brown, black, red, blue, or beige strap, and starts at $1,100.

The ‘Double Tour’ buckle, in comparison, wraps around the wrist not once, but twice, and clocks in at $1,250. If you’re looking to go all out, though, the most expensive configuration is the $1,500 ‘Cuff’ option, which features a large leather strap, and is only available with the company’s 42-millimeter Watch face.

The HERMÉS collection was only available at select Apple retail locations up until Friday’s online launch — those locations included, among others, Los Angeles, Miami, New York, San Francisco, and Toronto, Canada. Additionally, HERMÉS sold the product through its own luxury boutiques around the world.

Learn More: New Report Hints Apple Watch 2 May Not Be Announced in March After All

What do you think about the exclusive HERMÉS Apple Watch collection?
Is the price disparity between it and the considerably less expensive Watch option substantiated?