The new Apple Campus, aptly dubbed the “spaceship”, has been under way for quite some time now, and looks entirely impressive. The $5 billion dollar facility is currently under construction in Cupertino, and will be completed by the end of 2016. 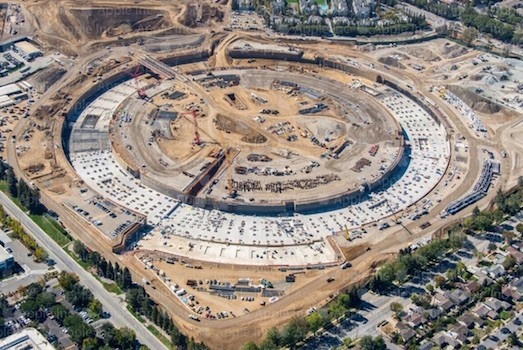 The Apple Campus 2 facility is being constructed in a doughnut-like shape, with nine wedges to separate employees into their specific fields/departments. The idea is that the circular structure will facilitate interaction and discussion between the departments, thus cultivating a better work environment.

Highlights of Apple’s futuristic-looking building include a vast auditorium (costing an estimated $161 million), underground parking, outdoor park, fitness center, restaurant, and more. According to Macworld, there will also be incredible amounts of glass involved in the building, which is more than one mile around. Peter Arbour, an architect for the company that makes Apple’s iconic glass staircases, reported that the new campus will feature “something like six kilometers of glass.” 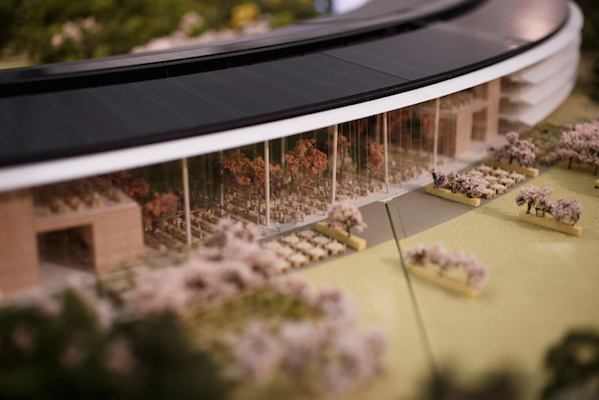 Heading the project is Foster + Partners, an architectural group that focuses on sustainable structures and designs. However, this is not to say that Apple hasn’t been fully involved with the project. According to Business Insider “day-to-day interaction was pretty constant.” Apple has even gone so far as to use their smartphone as a model for the project, stating that they want something that is as fluid and as aesthetically pleasing as the iPhone. The unnamed source stated: “There were many meetings when the Apple representative would pick up your [ iPhone ] and say ‘That’s what we’re building.’”

Accordingly, this project has been labeled as the one that “raised the bar for construction standards”, involving contractors from all over the country. But we all should have seen this coming, giving Apple’s involvement in the mobile, tablet, computer, wearable technology, and even automotive industry. It only seems right that the company would fulfill Steve Jobs wishes to have a second campus that could better represent their culture and overall image.

The new Apple Campus will be a fantastic upgrade compared to the original Apple Campus. The first Apple Campus, erected in 1993, spans a total of 850,000 sq.ft, and is also located in Cupertino. It is situated on a private U-shaped street, with six buildings separated by green spaces. The company also has a satellite campus in nearby Sunnyvale, CA along with other secret buildings in the area.