Long, long before Apple’s late co-founder, Steve Jobs, introduced the first iPhone, his company was hard at work building, refining, and bringing sweet, sweet music to the ears of millions around the globe with its iconic iPod MP3 player. And while the iPod is a testament to the innovative and forward-thinking mindset that is the cornerstone of every Apple product, what a lot of people don’t realize is that — at least from a historical vantage point — Apple’s original iPod effectively laid the foundation, and paved the way, for what would ultimately become the iPhone in January of 2007 — marking Apple’s first attempt to compete in the ever-competitive smartphone space.

Moreover, Apple’s iPod, and the overwhelming success it ultimately brought the company, proved beyond reproof that the Silicon Valley tech-giant could prosper and flourish and innovate — creating products beloved by the many, die-hard Apple fans among us, and not just a few people who could afford the otherwise exorbitant price of an early 2000s Macintosh computer.

So with a product as polarizing as the original iPod having so much influence on the course and direction of Apple’s history, perhaps it comes as little surprise that they’ve become, well, collectors items, in a sense. What might actually be surprising, however, is that one of these very devices of which we speak — with the original click-buttons and monochromatic, non-touchscreen display in tow — was recently listed on the popular auction website, eBay, for a whopping $200,000. 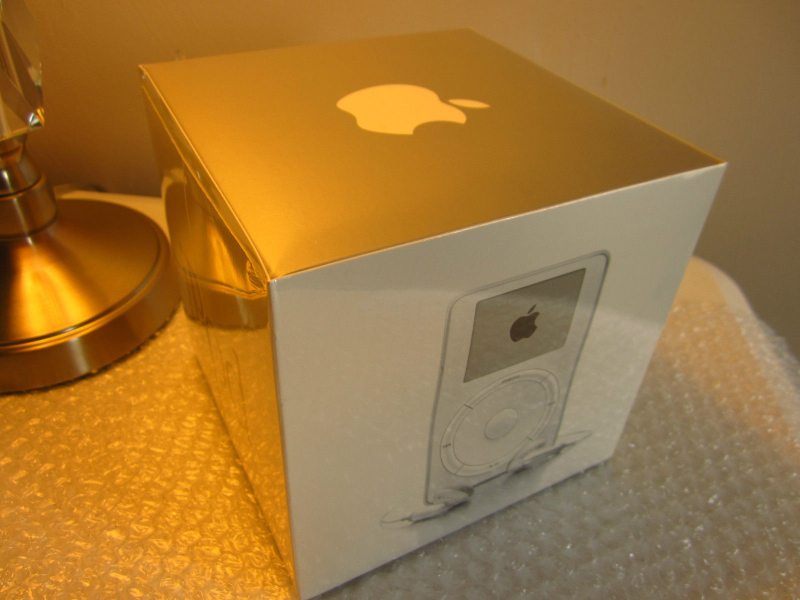 Of course, the device is still sealed in its original shrink-wrapped box. However, even despite the fact that other, lesser-expensive “collectible iPods” can be found on eBay, this one is by far the most expensive we’ve seen.

The seller apparently has a lengthy history of collecting and selling rare and vintage Apple products, which have notoriously fetched absolutely insane amounts of money when they’re offered up for sale at auction — typically to benefit a charitable cause of some kind.

There’s no telling, of course, if the proceeds from this particular sale — if, in fact, it does sell — will go to charity or not. However, we have to admit: $200,000 for an item that, perhaps for obvious reasons, we’d never actually consider touching with our bare hands, seems like an awful lot of money to part with, don’t you think?