Leading up to the release of the iPhone 7, Apple was facing a considerable amount of criticism for their decision to get rid of the standard 3.5mm headphone jack from the device. Although users who had grown used to the headphone jack, included in practically every conceivable audio device since the invention of the Walkman, filled online forums and comments sections with complaint after complaint, Apple stuck by their decision. The iPhone 7 release came and passed, and in the end the lack of a headphone jack didn’t seem like such a big deal. While Apple was able to quell much of the fervor surrounding the lack of a headphone jack by including a 3.5mm-to-Lightning adapter as well as a pair of Lighting-compatible EarPods in the box of the iPhone 7 and 7 Plus, Apple (somewhat) unexpectedly also officially launched a new pair of wireless EarPods with some interesting functionality, known as AirPods.

Bluetooth headphones are nothing new – they’ve been around for years. However, thanks to improved technology, they are becoming better and more popular than ever. And although the Apple-owned Beats by Dre brand has already released several lines of Bluetooth headphones, the AirPods are officially Apple’s first Bluetooth headphones – and like most of Apple’s firsts, they include some innovative technology. The AirPods are truly wireless in that there is no wire connecting the right AirPods to the left. They charge in a custom charging case which doubles as a portable battery, and pairing the AirPods with an iPhone or Apple Watch occurs with a single tap on the device. The AirPods contain a proprietary chip, called the “W1”, which is capable of detecting when one or both AirPods are in your ear. They can also detect when you’re speaking, and allow you to activate Siri, adjust the volume, or skip tracks with simple gestures on the AirPods themselves.

After several delays, the impressive little AirPods finally hit the market last December, and according to a recent report by research firm Slice Intelligence, Apple’s AirPods have been quite the hit. In fact, the report claims that December 13th, the day the AirPods hit the market, “was the largest single day of online headphone spending last year.” 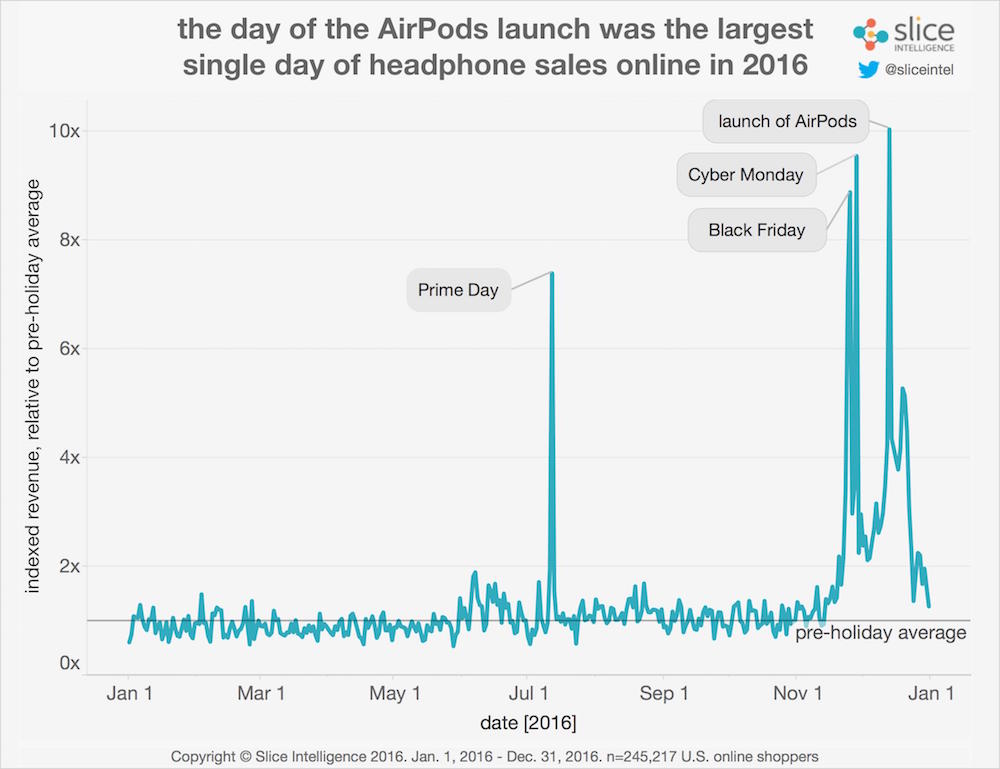 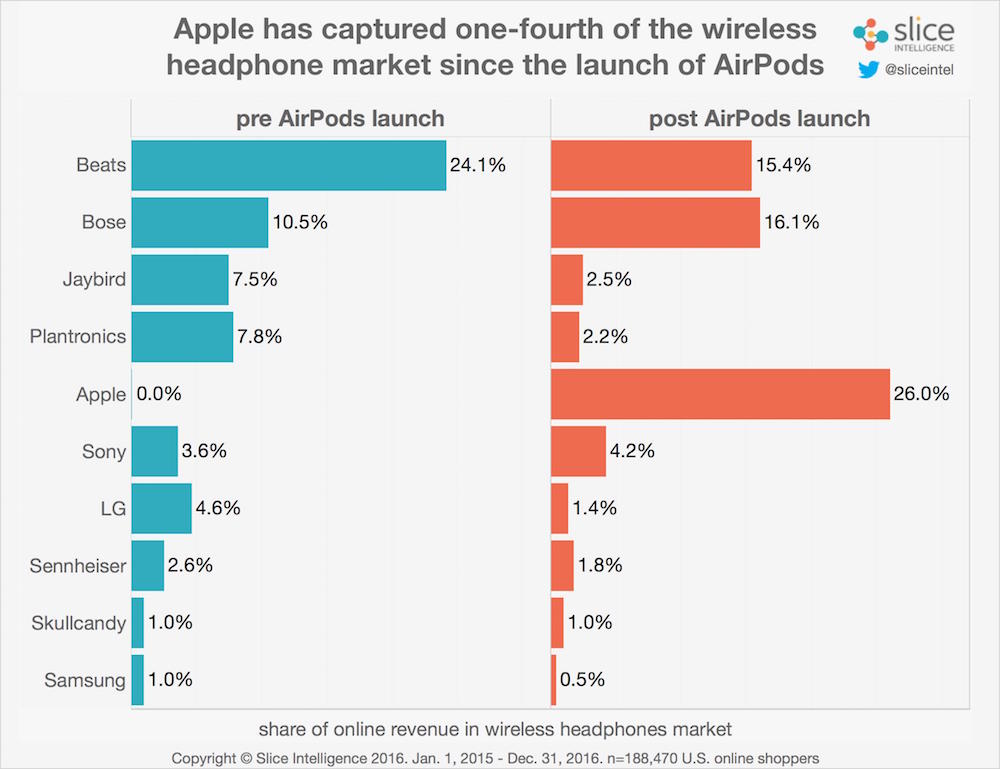 Although many were skeptical about the AirPods when they were announced, they have been, as Apple CEO Tim Cook called them, “a runaway success” since they hit the shelves. It will be interesting to see if AirPods are able to keep their momentum after the holiday rush wears off, and it will be interesting to see how Apple expands upon and improves the technology they introduced with their first pair of wireless earbuds.