At Apple’s Sept. 12 iPhone Event, there was no shortage of exciting announcements for several of Apple’s products. Alongside a new 4K Apple TV and a trio of new iPhones, Apple updated the Apple Watch, introducing the Series 3 version of the wearable.

As predicted, the Series 3 Apple Watch is the first Apple Watch to feature cellular connectivity, while maintaining the same form factor as its predecessors. This means all of your existing Apple Watch bands will continue to fit the Series 3, and the overall look and feel will remain unchanged. 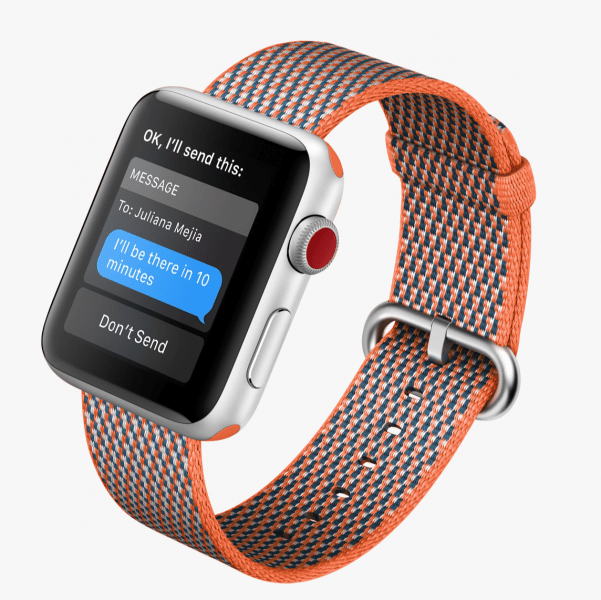 The Series 3 will come in the same four variants as the Series 2: Apple Watch, Apple Watch Nike+, Apple Watch Hermés, and Apple Watch Edition. Case finishes will be similar to the previous generations, with the exception of Rose Gold, which has been removed from the lineup, and with the addition of a Gray Ceramic Edition model.

Inside the Series 3 Apple Watch is Apple’s new W2 wireless chip, which offers 85% faster wireless communication – Wi-Fi, cellular, and Bluetooth – while also being 50% more power efficient. In turn, you can expect battery life on par with last year’s Series 2 Apple Watch, even with the addition of cellular connectivity.

To pack all that extra connectivity into the same casing as before, Apple embedded the cellular antenna into the display of the Apple Watch, and utilizes an electronic SIM card built onto the device’s logic board. This SIM can be activated on an any major US carrier, and carriers in 9 other countries (see the full list). 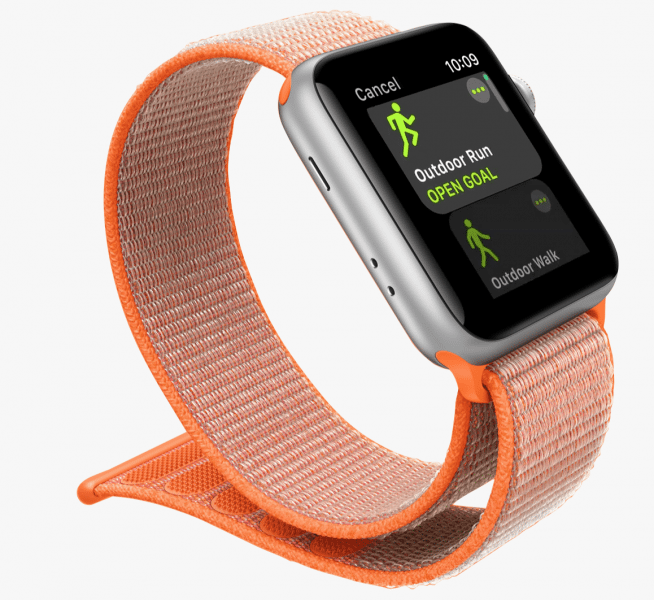 In addition to new watches, Apple also has an array of new Apple Watch band colors, and a new style – the “Sport Loop” – which functions similarly to the Milanese loop, but is made of the Apple’s woven nylon material.

How Cellular Works on the Apple Watch

The addition of cellular to the Apple Watch was rife with uncertainty before Tuesday’s event, but most of that uncertainty was cleared up in short order during the keynote. To use cellular, you’ll need to add the Apple Watch to your cellphone carrier contract.

Carrier pricing for the Apple Watch is slated to be in the realm of $10/month. AT&T has officially stated their price of $10/month, while Verizon and T-Mobile are offering three months free before tacking on the $10/month fee. Sprint has yet to officially announce pricing.

Once added to your plan, the Apple Watch will share the same number as your iPhone, enabling you to make or receive calls or text messages from your primary phone number, even when the paired iPhone is out of bluetooth range. Additionally, features like Find My Friends will automatically switch to the Apple Watch’s location when your iPhone and Watch are separated.

Siri will also work over cellular, even without your iPhone nearby, thanks to the improved S3 processor and W2 wireless chip. Apple also announced that next month, Apple Music will be fully enabled to stream to the Apple Watch without requiring an iPhone – both over Wi-Fi and cellular connection.

Apple Watch Series 3 preorders begin Friday, Sept. 15, and are available in stores and shipping on Sept. 22.