Technology journalist Chuck La Tournous has quite a few good things to say about the Apple Watch — and for good reason.

A couple years ago, the writer and RandomMaccess founder penned a piece for MacWorld describing how the heart monitoring feature of his Apple wearable had alerted him to a dangerous situation.

“In May 2016, my body decided to suddenly surprise me with multiple blood clots. They blocked some pretty important arteries in my heart and lungs, which led me to almost… what’s the technical term? Oh right: Die,” La Tournous wrote.

He went on to say his trusty Apple Watch had convinced him that he was “experiencing something more serious than a stressful day.” He sought medical attention, adding that the story had a “very happy ending.”

As we’ve written about before, more than a few people have come forward with stories about the Apple Watch’s life-saving capabilities.

But La Tournous’ experience with the Apple Watch and its health-forward features didn’t stop there. In a new piece for MacWorld, the writer explains how his Apple wearable is helping him beat diabetes.

“Because it was easy to log my food intake, I kept with it longer. The more data I accumulated, the fuller a picture it built and the more invested I became in keeping it accurate,” La Tournous wrote.

In addition to helping him monitor his diet, La Tournous praised the Apple Watch’s ability to aid in personal fitness.

“For me, the ‘killer app’ turned out to be the combination of Workout and Activity on my Apple Watch,” he wrote. The journalist started off with longer walks and running, and gradually added other fitness activities like pushups and kayaking. 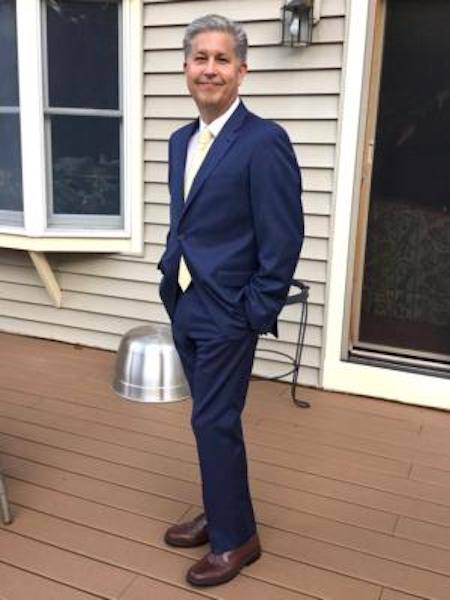 “My watch either cheered me on or let me know I was usually further along at this time of day,” he wrote. “What I used to find mildly annoying, I now found positively motivating.”

Throughout all of it, La Tournous said his Apple Watch helped him lose 50 pounds and reduce his waist size from 38 to 32 inches. That, of course, was a secondary perk compared to the effects on his overall health.

“Most important, though, has been the impact on my Type II diabetes. Not only did I avoid having to monitor my blood sugar, I was actually able to cut back on the medicine I’m taking to lower it,” La Tournous wrote.

“In my last tests, my A1C reading is under the level that would classify me as a diabetic. The hope is that I’ll beat diabetes through diet and fitness alone, and will soon be able to stop taking meds altogether.”