The Apple Watch Series 4 is the first major redesign the Apple Watch has seen since it was first released. If you’ve picked one up, the larger body and display are obvious, but let’s take a look at some features you may not know about.

The Apple Watch is on its way to becoming one of the best health devices on the market. And with the Series 4, you could make a good argument that it already is. Here are some of the Apple Watch Series 4’s most important hidden settings.

With its updated motion sensors, the Series 4 can detect if you fall. And most notably, if the watch senses no movement for 60 seconds, it will automatically contact emergency services as well as provide your location.

If you are 65 years old and up, this feature is turned on by default. For everyone else, you can turn fall detection on in the Watch app on your iPhone, by going to Emergency SOS and toggling the option on.

The Series 4 also has much improved heart rate tracking. In the past, heart rate monitoring has been handled by an optical heart rate sensor, but the new electrical sensor in the Series 4 allows for better accuracy.

The Series 4 will not only send you alerts if your heart rate gets too low, it can even detect instances of a-fib. And then most notably, Apple is promising a new feature soon which will allow users to take an electrocardiograph directly from their wrist.

When the feature is released, the Apple Watch will be the first FDA approved consumer product to offer this. Pretty cool. In the meantime, you can turn on and edit the current heart rate monitoring features in the Heart section of the Watch app. 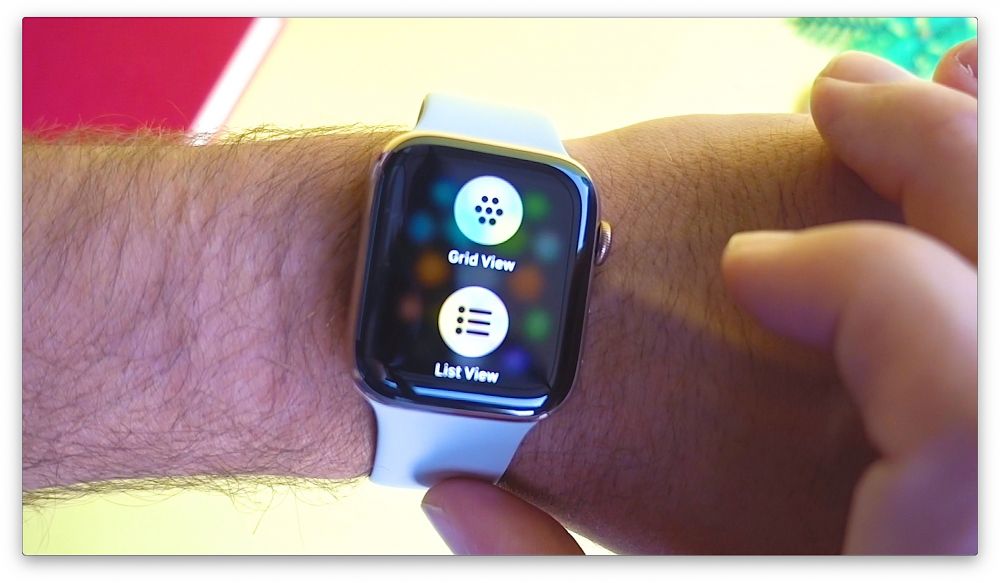 This last tip isn’t exclusive to the Series 4 but I think it’s still a great tip that you probably didn’t know about. I’m sure you’re familiar with the watch’s iconic honeycomb grid of apps, but if you prefer you can Force Touch on the screen to bring up an option to switch to a List View. It’s certainly a personal preference but I find this list much easier to navigate, and miles easier to tap on the app I want the first time.