Hooray, hooray! The refresh is here! We’ve known it was coming for quite some time, of course, although we didn’t know when. And, perhaps least of all, we didn’t expect Apple to be so coy about it.

But, then again, I guess we should’ve known better with good old Cupertino, right? They’re always keeping us on our toes and treating us to the latest and greatest — even when we least expect it. So, what’s hot-off-the-presses today? Well, fresh out of Silicon Valley today is the remarkably enhanced, 2016 refresh of Apple’s 12-inch MacBook. Best of all, however, the new small-but-mighty laptop features a slew of new hardware advancements. 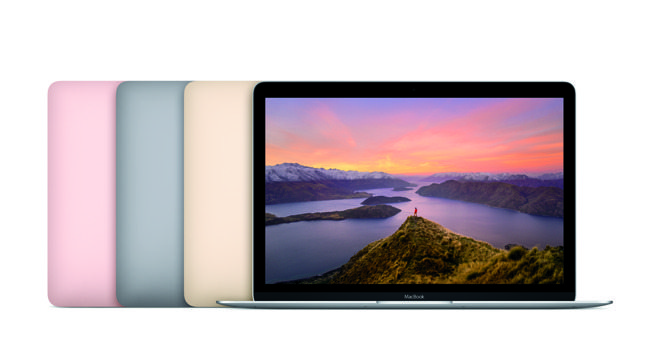 These advancements include Intel’s latest-generation Skylake CPU, improved graphics chips, faster flash storage, an even longer-lasting battery, and, to top it all off, Apple’s new 12-incher will officially be joining the ranks of its much sought after Rose Gold siblings.

Aside from those welcomed new improvements, Apple’s 2016 MacBook remains relatively unchanged from its predecessor. The ultraportable notebook features the same, 12-inch Retina Display @ 2,304 x 1,440 HD resolution, a full-size, backlit keyboard, Apple’s Force Touch enabled trackpad up front, a single USB Type C port for all your charging and syncing needs — and, best of all, it’s all packed into the same, super-light weight 2 pound package that measures just 13.1 mm thin.

Under the hood, we’re treated to Intel’s Skylake CPU — a 6th generation, dual-core M processor, which delivers speeds up to 1.3 GHz and TurboBoost up to 3.1 GHz. Additionally, the new MacBooks feature 8 GB of even faster, 1,866 MHz RAM.

In terms of graphics and storage, Apple is advertising a 25% increase in graphics performance — thanks to Intel’s latest HD 515 graphics chip; and the company is even touting overall faster speed, thanks to an all-new, super-fast PCIe based flash storage upgrade.

And, even with all these performance enhancements, Apple was able to craft its new 12-inch MacBook to deliver even better battery life than its predecessor — clocking in at a full 10-hours of cord-free web browsing, and 11-hours of iTunes video playback.

To round it all out, the new MacBook features the same, fan-less design of its predecessor — rendering it eerily silent while running, even at high speeds, and connected to 802.11 Wi-Fi ac or Bluetooth 4.0. 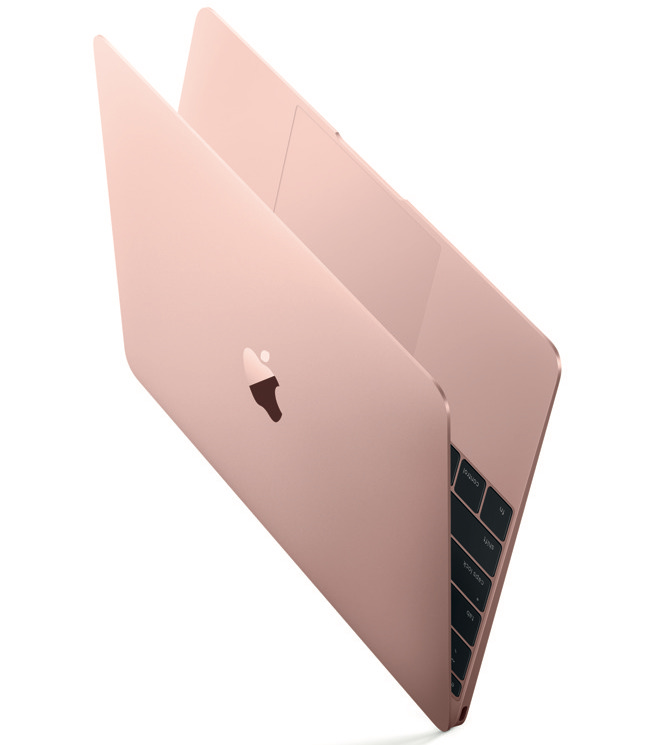 According to Apple’s Senior VP of Worldwide Marketing, Phil Schiller, ”MacBook is the thinnest and lightest Mac we have ever made and it’s our vision for the future of the notebook. Customers are going to love this update to MacBook, with the latest processors, faster graphics, faster flash storage, longer battery life and a beautiful rose gold finish.”

The new MacBooks are available beginning today on Apple’s official website, although they will also be available via the company’s own retail stores, as well as most of the Apple Authorized, 3rd party retailers beginning this Wednesday.

Learn More: Apple Has Obtained Nearly $40 Million Worth of Gold From Recycled Devices

Will you be picking up one of Apple’s new 12-inch MacBooks? Let us know in the comments below.