If there’s one thing that’s annoying on most headphones, it’s that they have a set ear orientation.

In other words, you have to know — or figure out — which headphone or ear cup is for the left and which one is for the right ear. But according to a new Apple patent application, the company may have figured out a way to make that inconvenience a thing of the past.

The patent, which was published Nov. 8 by the U.S. Patent and Trademark Office, describes a system that leverages something similar to the beamforming technology used in Apple’s HomePod smart speaker.

On HomePod, beamforming allows the speaker to detect the shape and acoustics of a room and adjust its audio output accordingly. But on a pair of Apple headphones, it could be used for something else entirely: reversibility.

The proposal states that the headphones could automatically detect which earcup is on which ear — and reverse the audio channels to match. 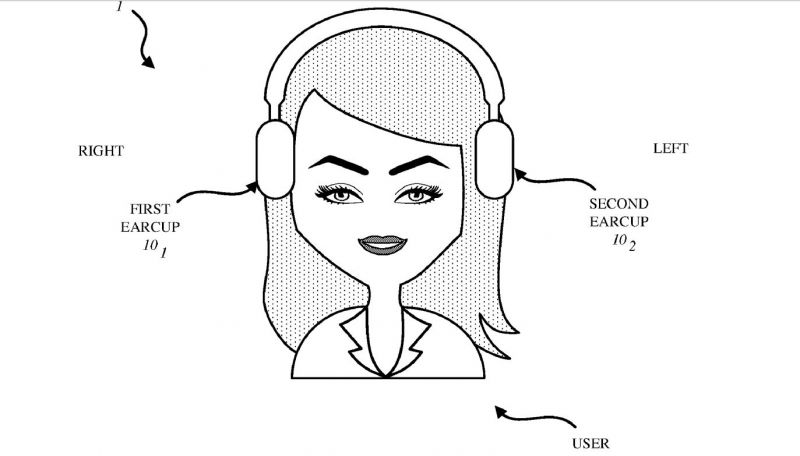 It would use a suite of five microphones, located throughout the chassis of the headphones, to detect noise coming from a user’s mouth — say, a spoken command or Siri request.

Based on how far away each microphone is, it can deduce how it’s being worn and change its left/right audio channels based on that. Of course, the patent maintains that the microphones could also be used for “purposes other than ear detection.”

But that’s not the only trick that beamforming could bring to a pair of Apple earphones or headphones.

The patent describes how a built-in processor — and the microphone system — could perform “beamforming” toward and away from a user’s mouth. From there, it could detect and differentiate between speech and environmental background noise.

Presumably, that could mean crystal-clear phone calls on the wearer’s end — with ambient noise filtered out. Or, it could allow Siri to pick up voice commands even in noisy environments.

Notably, Apple is also rumored to be working on the perfect product to debut such a system.

Early this year, renowned Apple analyst Ming-Chi Kuo suggested that Apple was developing a pair of premium, over-ear headphones. Though similar to current Beats offerings, this pair would be Apple-branded — and could sport seamless connectivity like AirPods.

Bloomberg corroborated that forecast in June and suggested that they could debut some time in 2019.

Read Next: Blind Surfer Lives Independently Thanks to iPhone
Sponsored