Starting next month, your local Apple Store won’t just be a retail and repair outlet — it’ll also be a hub of education and creative inspiration, the company announced on Tuesday.

On April 25, Apple announced plans to begin offering free educational courses at all of its 495 brick-and-mortar Apple retail locations. The programs — collectively known as “Today at Apple” — will cover a variety of topics, ranging from art and design to coding and photography. Those courses will be taught by highly trained Apple staffers known as “Creative Pros,” the educational equivalent to Apple’s existing Geniuses. Since it is an Apple endeavor, the programs will focus on the company’s own products and services. 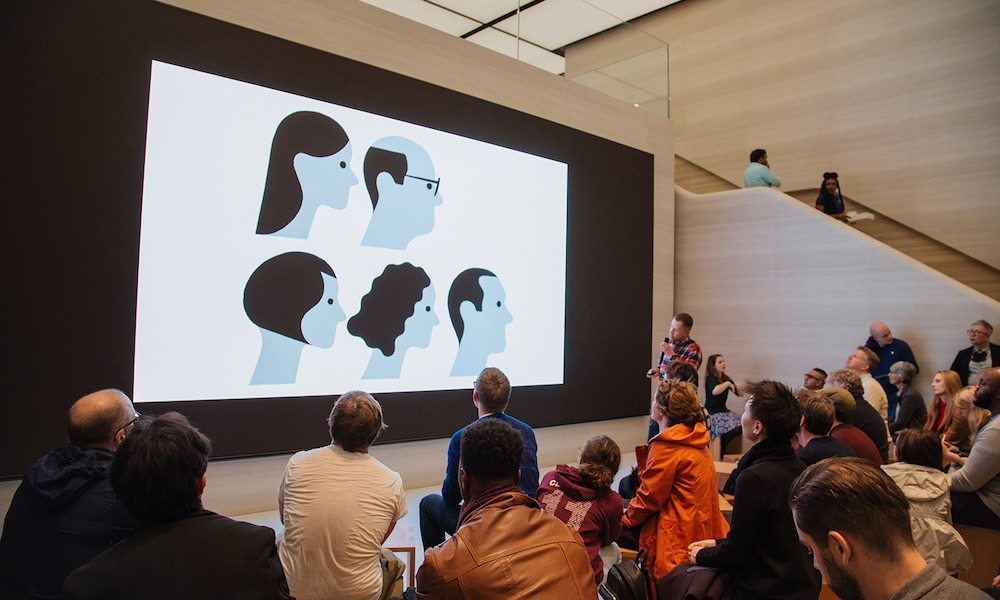 “At the heart of every Apple Store is the desire to educate and inspire the communities we serve,” Apple’s Senior VP of Retail, Angela Ahrendts said in a statement. “‘Today at Apple’ is one of the ways we’re evolving our experience to better serve local customers and entrepreneurs … we think it will be a fun and enlightening experience for everyone who joins.” Reportedly, many of the company’s retail outlets will change overnight, Ahrendts told CBS.

The free programs, which will be open the public, is part of a larger redesign and an increased effort toward shifting Apple Stores into a type of “modern-day town square, where everyone is welcome in a space where the best of Apple comes together to connect with one, another, discover a new passion, or take their skill to the next level,” Ahrendts added. In addition to various educational courses, Creative Pros will have 90-minute “studio hours,” similar to a professor’s office hours, where anyone is welcome to bring in a personal project for advice or co-working.

In order to facilitate the new educational programs at its retail outlets, Apple will install what it calls Forum Display — modified mobile screens created by Apple designers specifically for Today at Apple sessions. Apple Stores will also be receiving updated seating and sound systems, as well as new wall displays to show off various Apple products. At some of its larger stores, Apple will line the Genius Bar with trees — turning them into a Genius Grove.

“Today at Apple” sessions will begin launching worldwide in May, the company said.