If Apple entering the recreational vape market sounds like a far-fetched idea, that’s because it is. Despite a slew of sensationalist headlines over the last 24 hours, it’s safe to say that Apple is not going to make a vape.

An Apple patent for a “sublimator/vaporizer” device was published by the U.S. Patent and Trademark Office on Thursday, causing a stir in the Apple news blogosphere. Quite a few outlets theorized that Cupertino would be entering the recreational vape market with its own vaporizer, while others made more realistic claims that the vaporizer invention could be used in a medical setting. 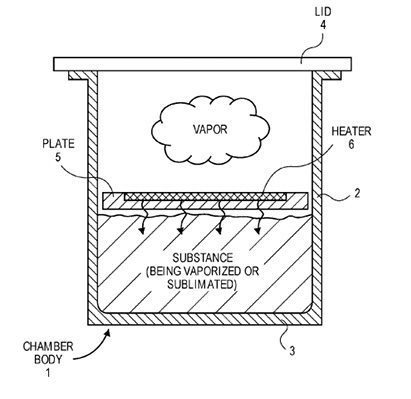 In actuality, it turns out that neither is the case. The patent in question actually refers to a vaporizer device used in the fabrication of semiconductors. For example, vaporizers are often key in the etching process — which uses chemicals compounds to remove layers from the surface of a substrate during semiconductor fabrication. In another case, vaporizers are used to deposit thin layers of a substance to a wafer in a process known as chemical vapor deposition.

Case in point, there are several other patents floating around the web that describe similar vaporizer devices for the substrate processing phase of semiconductor fabrication. Semiconductor manufacturing is, obviously, a complicated field — but more information on vaporizers / sublimators used in making semiconductors can easily be found online.

As further proof, the patent’s inventor is named as Tetsuya Ishikawa, a senior Apple manager and nanotechnology specialist. Some of the other patents credited to him also focus on semiconductor fabrication, MacRumors reported. Additionally, Ishikawa’s LinkedIn profile lists photolithography — another process used in the fabrication of semiconductors — as one of his skills.

So, yes. While it’s true that a former Apple employee did go on to create his own recreational vaporizer company, it’s highly unlikely that Apple would follow its employees footsteps and enter that market itself. At the very least, that’s not the case here.