On Tuesday, Apple announced a new $329 iPad at its education event in Chicago. It features a 9.7” Retina display, and an A10 Fusion chip. But support for Apple Pencil is the big news. Previously, only iPad Pro offered support for Apple’s drawing and writing tool.

Schools can purchase the iPad starting at $299.

iPad is available in silver, space gray, and a new gold option.

The new iPad is available for order today.

Apple Pencil is available for $99, and $89 for schools. Smart Covers are available for $39 in charcoal gray, midnight blue, Product (RED), white, and pink sand. 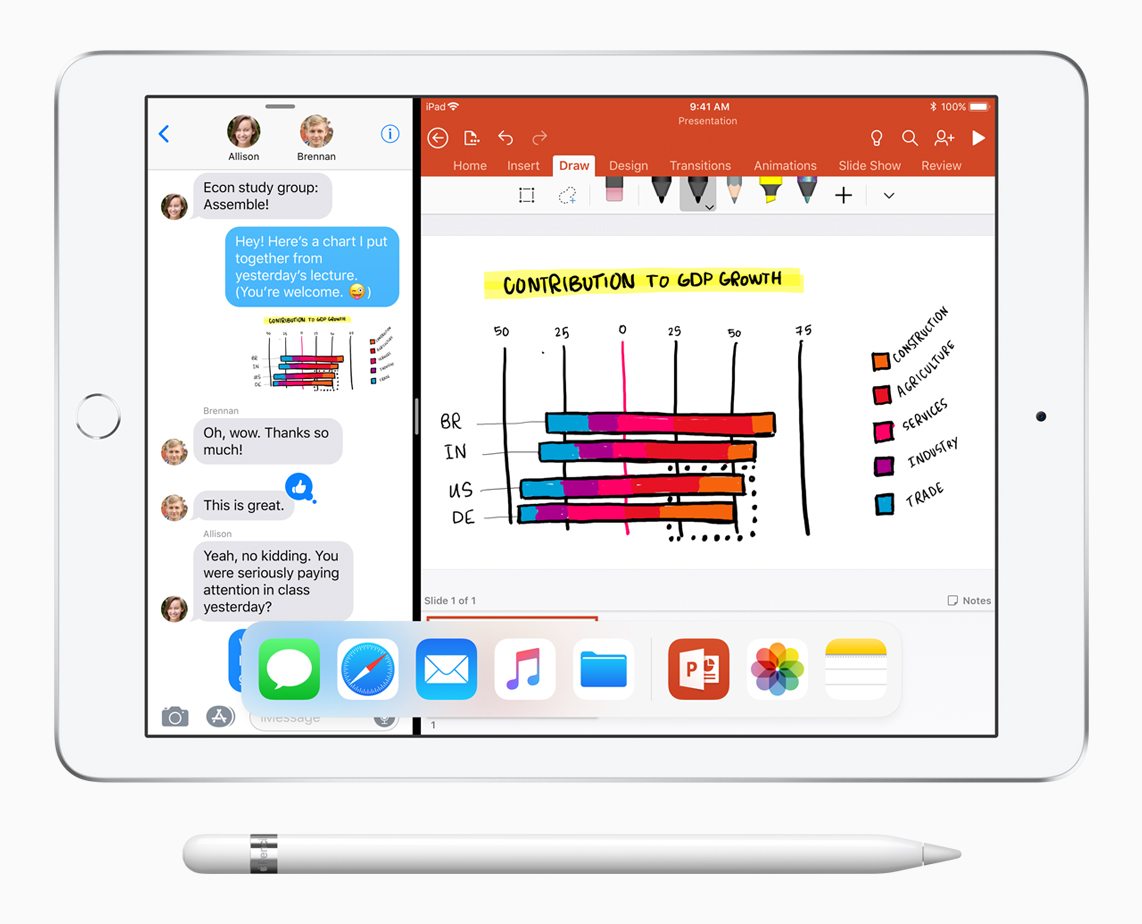 While Apple’s Chicago event heavily focused on iPad in education, it also announced many new tools for educators. Including updates to iWork, GarageBand and Clips, and a new ClassKit API.

Apple and Logitech also announced a new $49 stylus called Crayon and a rugged iPad keyboard case. Seeing as the new iPad doesn’t have the iPad Pro’s Smart Connector, the keyboard case will likely connect via Bluetooth.

Apple also announced Shared iPad, which allows students to login on any iPad. Students just tap their name and they’re good to go. This new feature could indicate multiple user support for the rest of us in the future.

What do you think about the updated iPad? What other features would you like to see come to the entry-level device? Let us know in the comments.