Apple says this yearâ€™s iPhone lineup runs on â€œthe smartest, most powerful chip ever in a smartphone.â€ And by the looks of it, Apple isnâ€™t wrong.

Alongside new Apple Watch and iPhone models, the Cupertino tech giant also announced its next generation of first-party chip: the A12 Bionic. And it represents a significant upgrade to Appleâ€™s already blazing-fast proprietary silicon.

For one, the A12 Bionic sports a six-core CPU, a four-core GPU, and a new eight-core Neural Engine (last yearâ€™s A11 Bionic only has two cores). 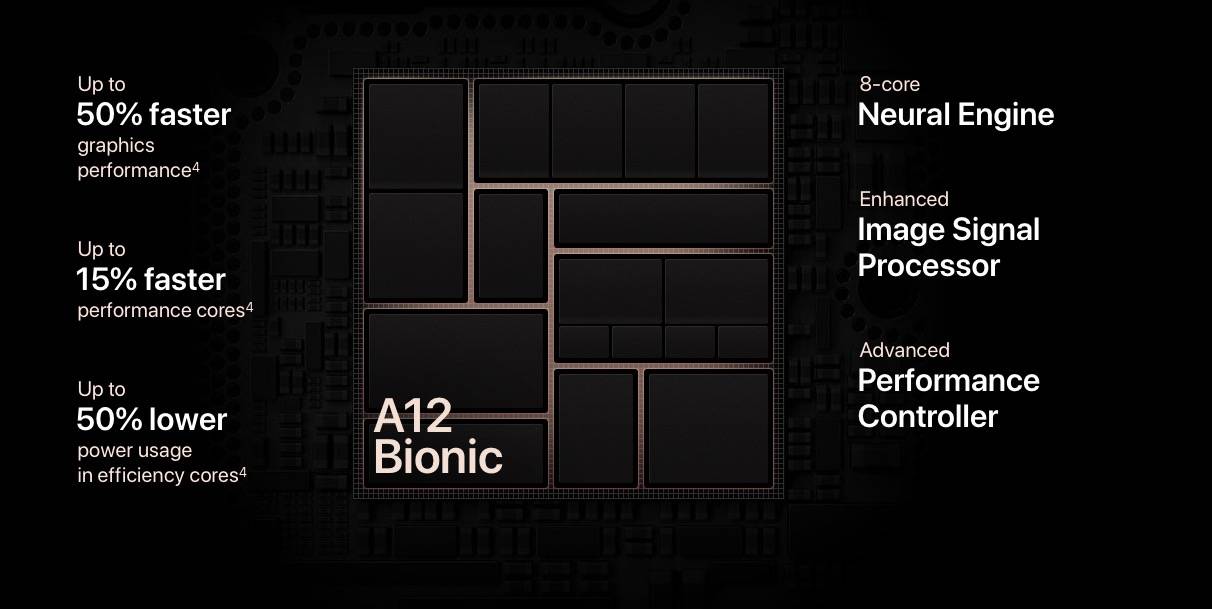 Itâ€™s also the first 7nm chip to hit the market. While Huawei did announce its 7nm chip first back in August, that chip (the Kirin 980) wonâ€™t ship until October. Thatâ€™s a month after new iPhones with the A12 Bionic hit store shelves.

As you might expect from an Apple keynote, the company touted a series of performance numbers and metrics. But the end result for you is a blisteringly fast iPhone, especially when combined with the performance enhancements included in iOS 12.

But it also means new iPhones can do a lot more. Weâ€™ve previously covered how modern smartphone hardware is spawning a new generation of mobile gaming â€” a generation that Apple seems to be a vanguard of.

Not to mention, Apple on Wednesday showed off the capabilities of the A12 Bionic when it comes to augmented reality and machine learning. Put simply, the A12 Bionicâ€™s bumped up processing power allows for app capabilities that would have struggled to run on previous generations of chips.

And even when new Android devices launch with their own improved specifications and silicon, the iPhone XS, XS Max and XR might still give those devices a run for their money.

iOS devices have a long history of doing â€œless with more.â€ While their Android counterparts typically sport better specifications on paper, Apple handsets routinely beat Android devices in real-world performance testing. We expect that to be the case with the A12 Bionic, too.

While we havenâ€™t seen any official benchmark stats yet, it wonâ€™t be long before we see some seriously impressive ones â€” and some real-world performance tests pitting the new iPhones against current Android flagships.