Your iPhone tracks your every move. It’s true: iOS has a feature called Significant (or Frequent) Locations. It tracks and remembers where you’ve been, and it knows where you go frequently.

If this fact is stoking paranoia about your trusty digital companion, don’t panic. All of this location data is stored locally on your iPhone, and is never sent to Apple or a third party.

Even with that in mind, there are probably those among us who’d rather not have this information readily available on their iPhones. No matter your circumstances, here’s how to view the Significant Locations menu, how to clear its data, and how to turn off the feature entirely.

In iOS 11, this feature is called Significant Locations. In previous versions of iOS (like iOS 10 depicted below), it’s called Frequent Locations. They both do basically the same thing. 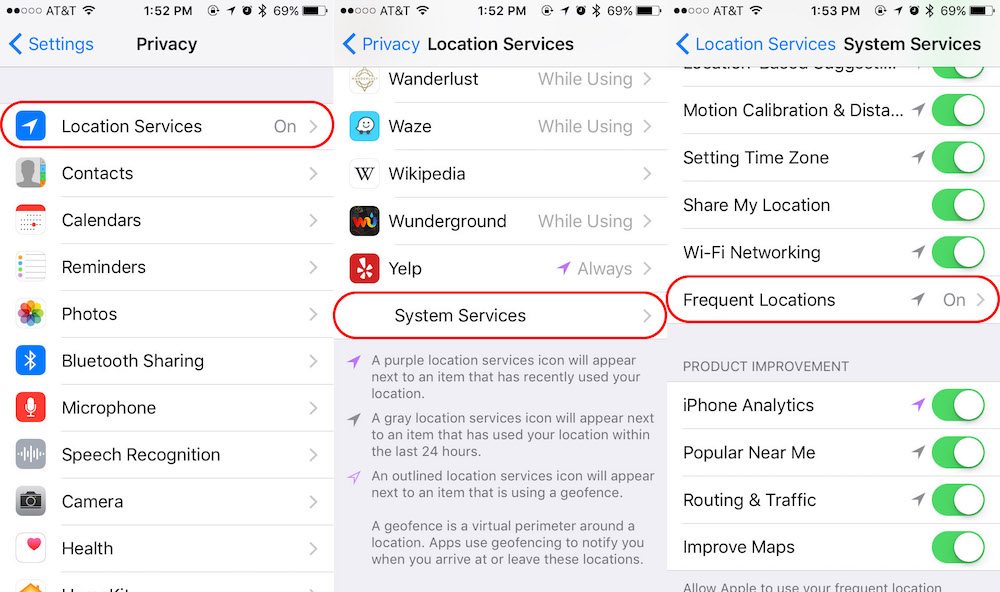 If you’re on iOS 11, you’ll need to authenticate to access the menu. But once you’re in Significant Locations, you’ll see a list of recent cities and locations within those cities that you’ve been to (see below, for both iOS 11 and iOS 10). You’ll also see the date or data range of your visits to those locations. 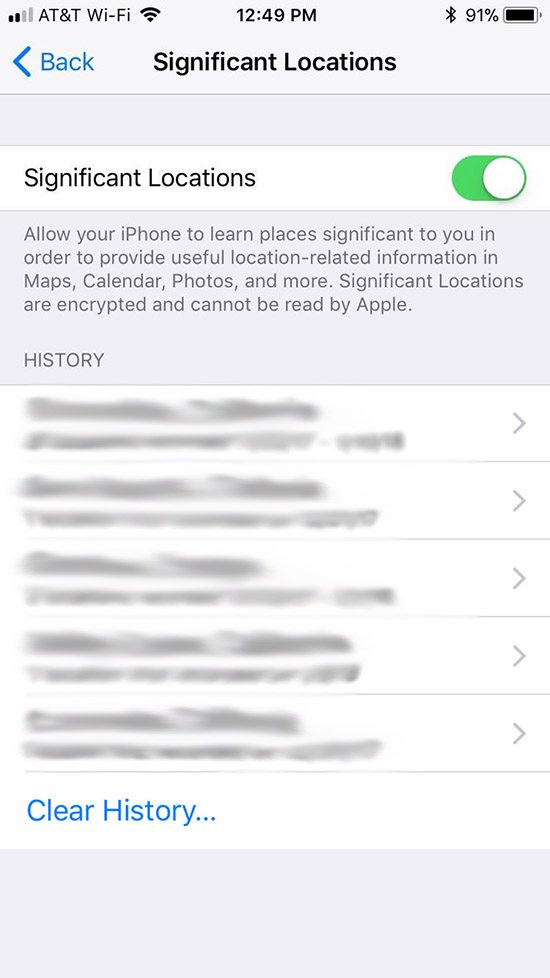 How to Delete or Turn Off Significant Locations

This is where the steps will differ depending on the version of iOS you have installed. In iOS 10 and older, you’ll only be able to view your frequent locations, not remove them individually (although you’re able to turn off the feature in either version).

In iOS 11, however, you can surgically remove certain location entries.

Just go into any entry and tap the Edit button in the top-right corner of the screen, and remove whichever locations you’d like. You can remove single visits to a location, or even entire cities from your history.

In both versions, you can also tap the Clear History option to delete all of your Frequent or Significant Locations data. 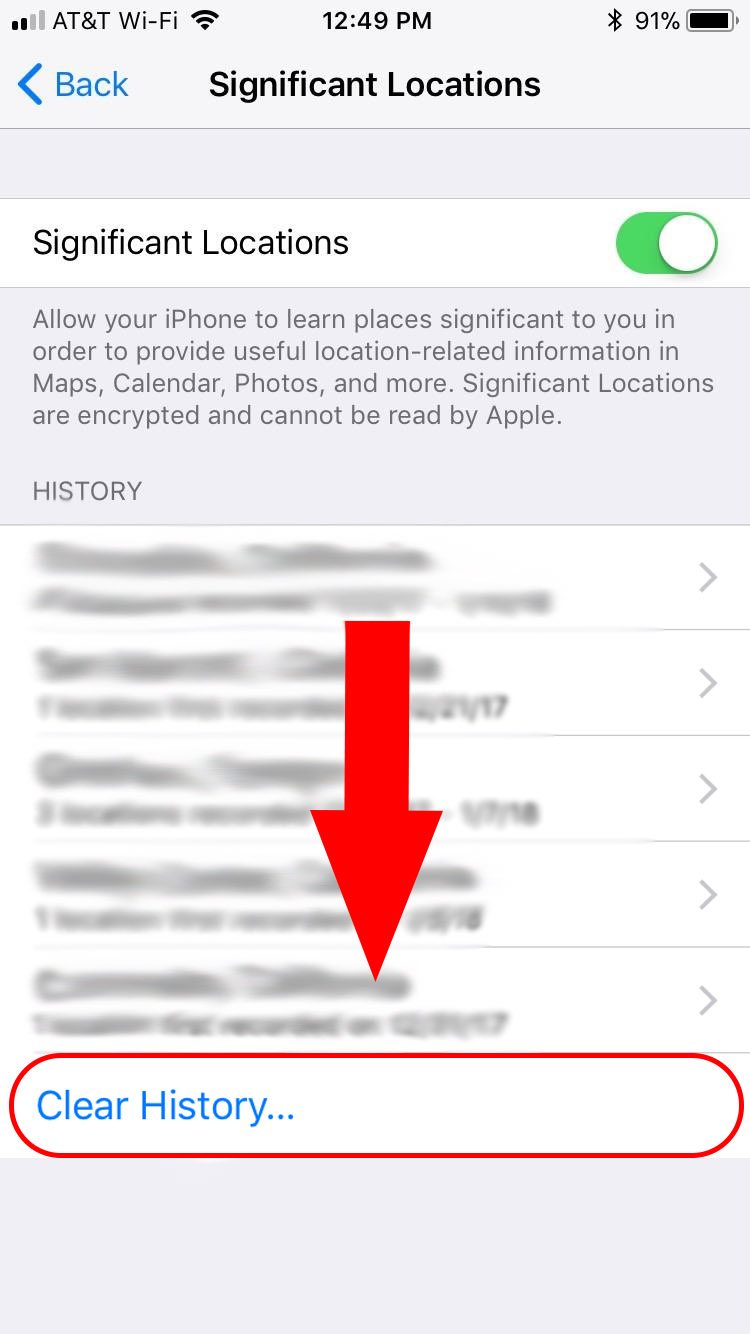 You can also simply turn the feature off entirely by tapping the green toggle.

Should I Turn Off Significant Locations?

Of course, there’s the question of whether you should turn Significant Locations off in the first place. And, again, your individual circumstances might play a part in your decision.

If the feature tradeoff is worth the slight increase in privacy, then by all means, turn the feature off. Otherwise, just be comforted by the fact that iPhones are incredibly secure — and that it’s unlikely anyone will ever see this data without your consent.