If you’ve ever wanted to FaceTime one of your friends who has an Android phone, you know how frustrating it can be. Google Hangouts can be buggy, and most people don’t want to download another app to video chat with their Android-using friends and family (Skype). Fortunately, an app you probably already have has just added free cross-platform video calling support.

Facebook Messenger launched their video-calling feature yesterday for iPhone, Android, and Windows Phone users in the US and 17 other countries. The app, which already includes free VOIP phone calls, has over 600 million users globally. The video-calling feature is accessible over data or Wi-Fi connections, and is completely free (aside from data charges). 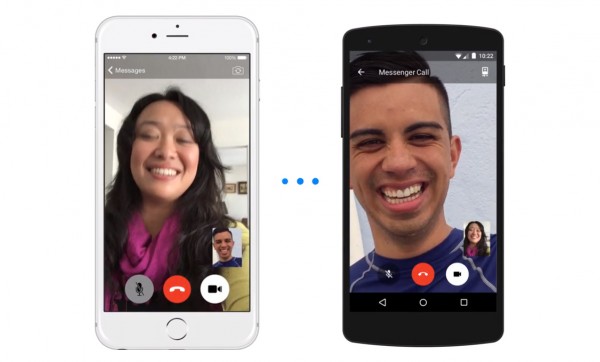 When video calling is available, a small video camera icon appears in the upper corner of an existing chat screen. The quality of the call is automatically adjusted according to the quality of your connection. Users on either end can switch off their video to improve quality on the other end, or the users can switch to audio only if they’d like. Testing with an LTE connection shows impressive video quality, even with only 2 bars of service, although Facebook claims that their video calls retain good quality on a stable 3G connection.

The service is only user-to-user for now, but Facebook is currently working to add group video chat support. Other features, such as video stabilization, are also on their way. With a solid database of existing users and impressive preliminary performance, Messenger could become a feasible competitor to services such as Skype, Google Hangouts, and even FaceTime.

To check out Facebook Messenger’s video chat function, watch the video below: