Apple introduced new medical research software at their “Spring Forward” event yesterday. ResearchKit, a new, open-source software that will hopefully turn the hundreds of millions of HealthKit-enabled iPhones currently in use into “powerful tools for medical research,” according to Apple’s Senior Vice President of Operations, Jeff Williams. 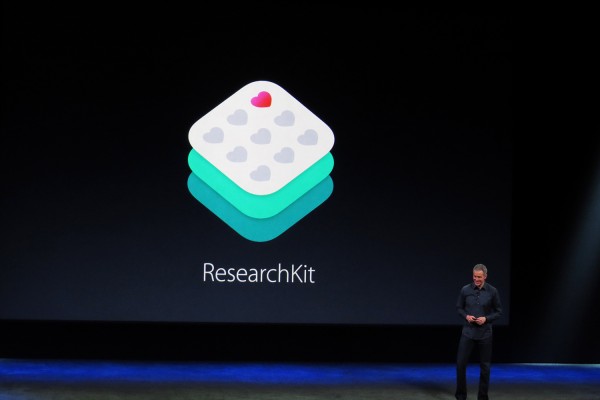 The goal with ResearchKit is to allow iPhone (and presumably Apple Watch) users to participate (only if they’d like to, of course) in a program that allows them to share their HealthKit data to contribute to medical research. Users can take a Parkinson’s test, for example, that detects hand tremors while users alternately tap their fingers on on-screen targets. One test measures the users’ gait while walking, and another uses the phone’s microphone to detect vocal variations with a classic “ahhh” test. When introducing the software, Williams noted that small sample sizes have been a large hindrance to the medical community while conducting similar tests. Putting these health tests into the hands of such a large pool of potential test subjects allows the users to learn about their health while providing large and accurate sample sizes for medical research – clearly a win/win situation for everyone involved.

Apple stressed privacy while announcing the software. The program is strictly opt-in, meaning users won’t be forced to share any data if they don’t want to. Williams also pointed out that Apple won’t actually receive any data that users are sharing – the data goes directly to medical researchers.