Kicking off its WWDC 2018 keynote speech, Apple highlighted a number of impressive milestones achieved by its developers and the iOS App Store.

The digital marketplace is now home to an estimated 200 million titles which have collectively been downloaded over 170 billion times on iPhone, iPad and iPod touch.

Additionally, no fewer than 10,000 of these titles have gone on to generate revenue streams of $1 million or more.

Now, as the App Store nears its 10th year of being open for business, a new and comprehensive analysis conducted by App Annie has revealed a number of noteworthy statistics detailing the most popular apps and games downloaded by consumers over the past decade.

First up we have the top 10 most popular apps by measure of overall worldwide downloads. 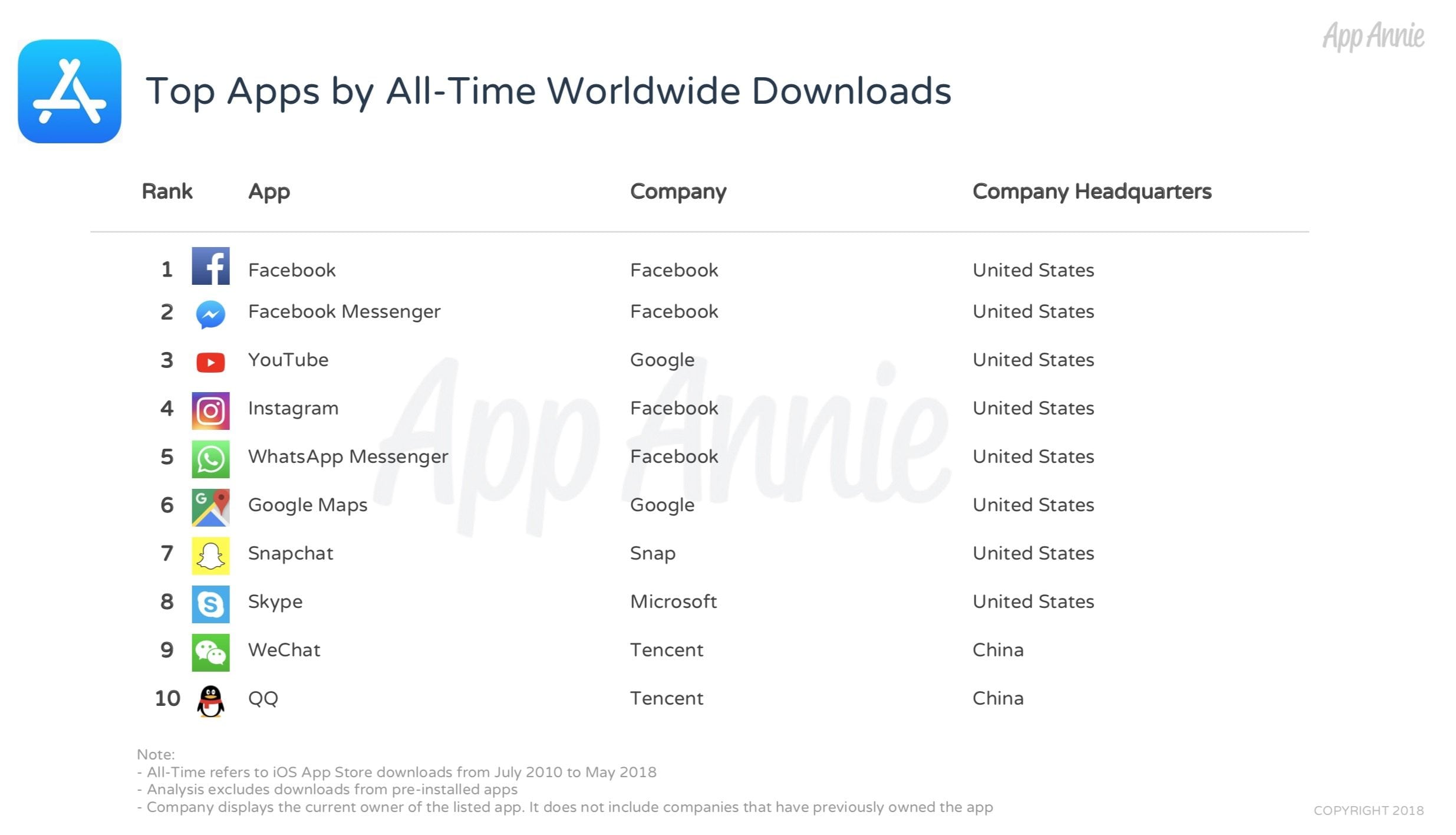 Additionally, App Annie analyzed the top 10 most popular paid titles based on revenue — many of which are subscription-based apps. For example, No. 1 (Netflix), No. 2 (Spotify) and No. 3 (Pandora Radio).

Other domestic favorites include No. 5 (Tinder) and No. 8 (HBO Now).

On the whole, top paid titles by revenue are primarily apps with big followings in China and Japan, such as No. 4 (Tencent Video), No. 6 (Japanese messaging app, Line), and other Chinese social media apps. 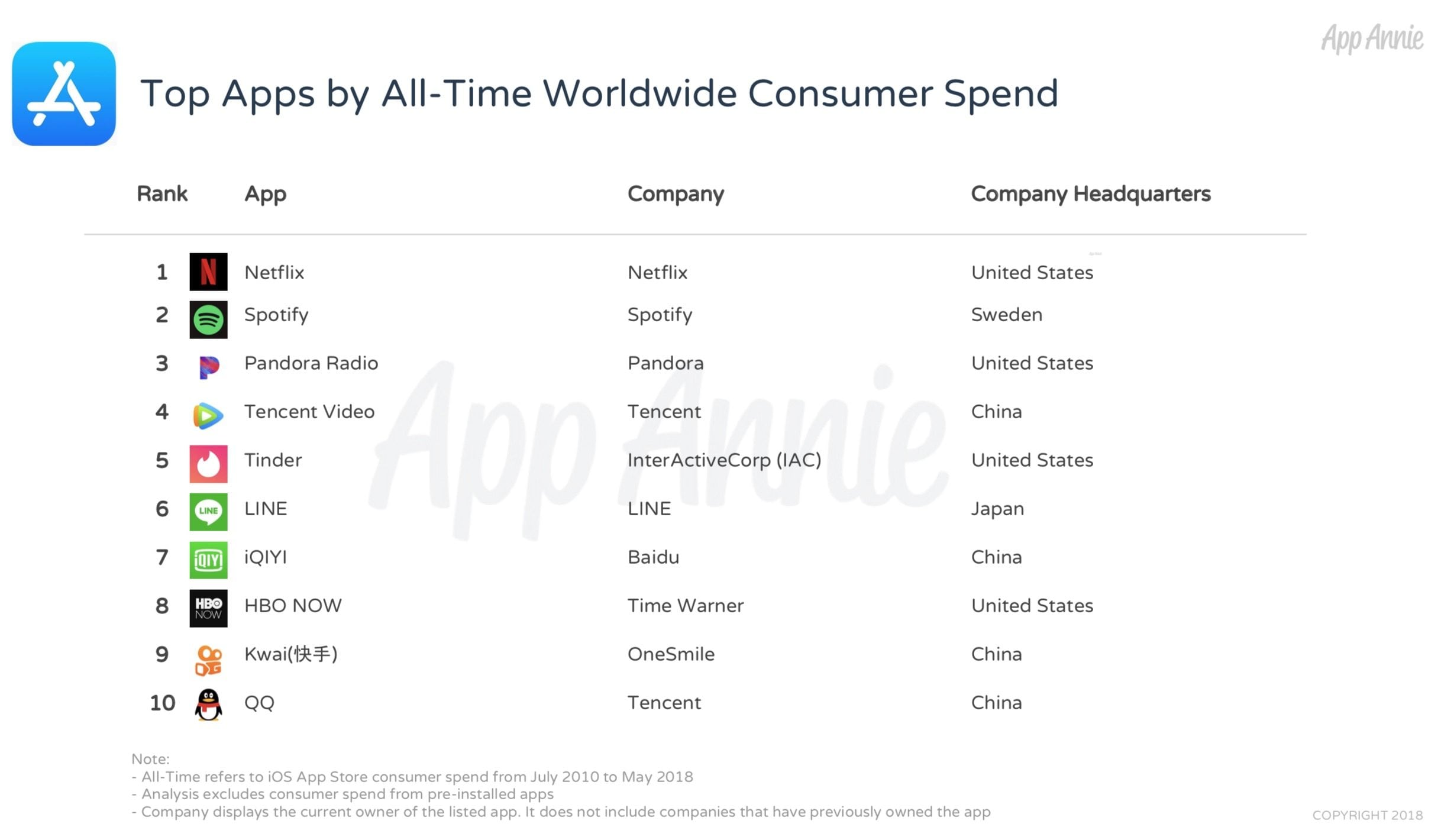 When it comes down to the most popular Games, App Annie’s analysis focused on two lists — top 10 games of all-time by measure of worldwide downloads, and top 10 of all-time based on revenue (consumer spend).

Interestingly, both of these lists contain some of the same apps in varying positions. 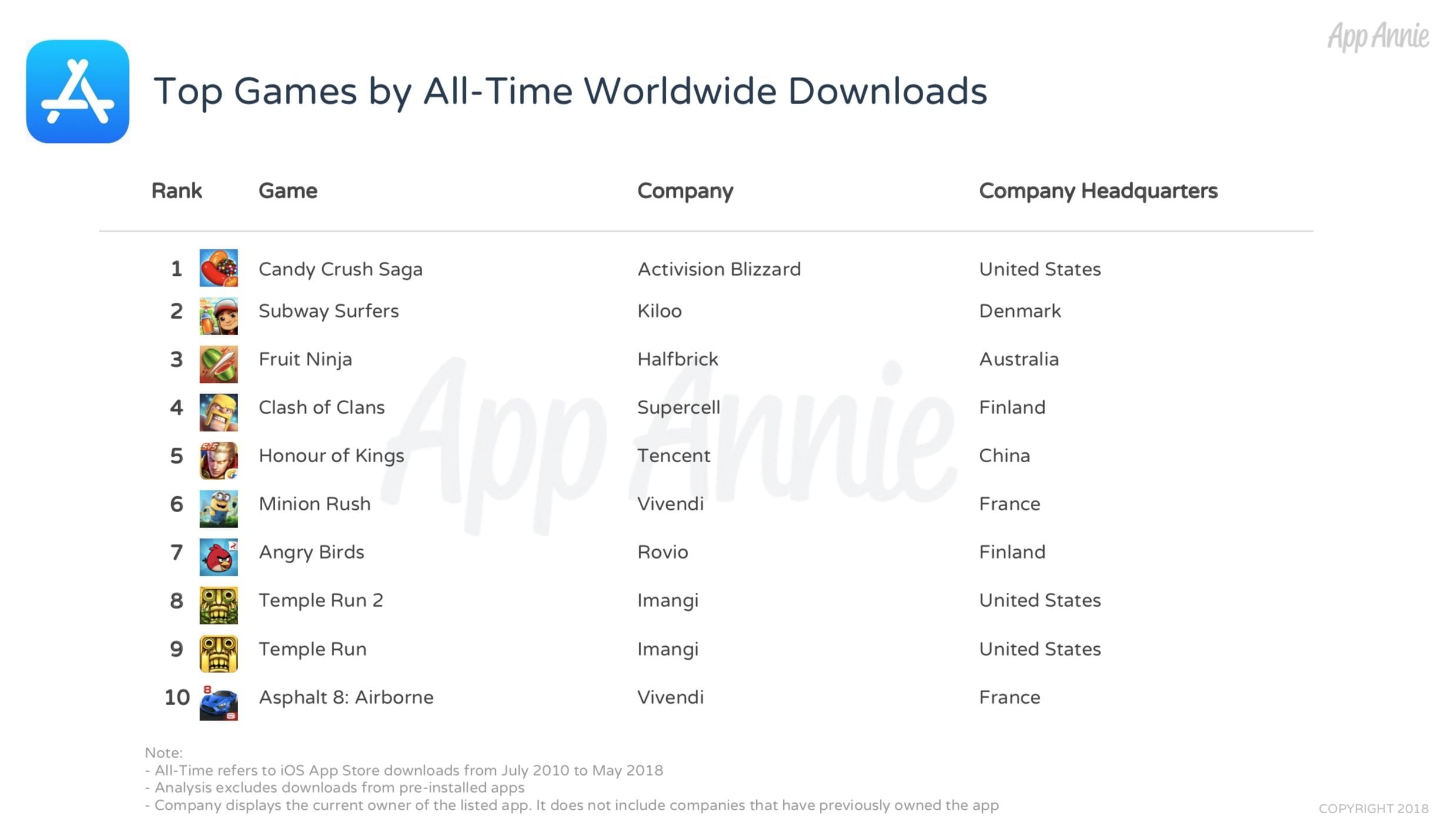 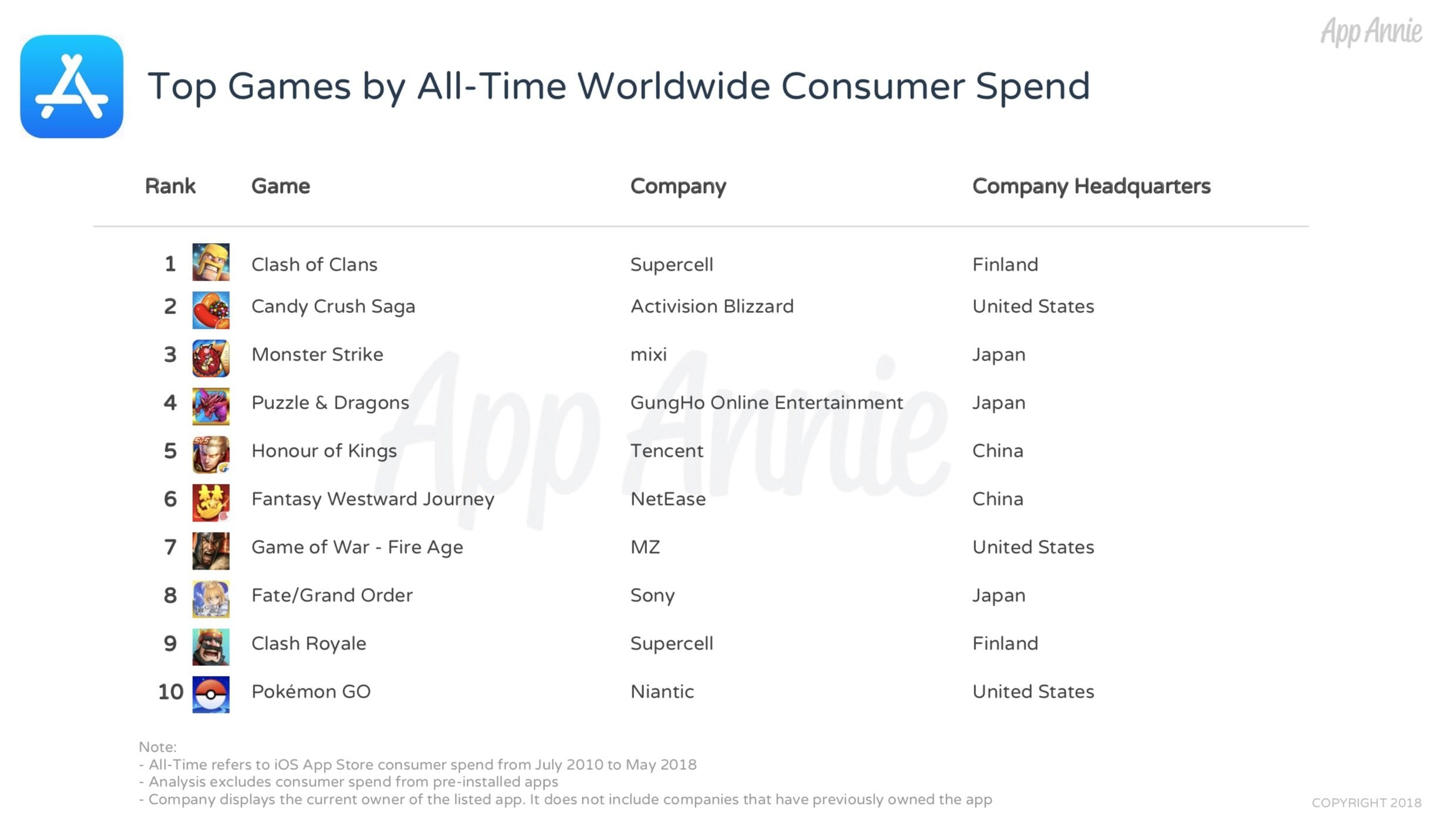 Another notable contender just barely capturing the No. 10 most popular download was Pokémon GO — an interesting addition considering the title was, at its peak popularity, bringing in billions of dollars before the novelty wore off for many users.

To see the full analysis of top apps and games of all-time based on several other metrics, be sure to check out App Annie’s comprehensive analysis here.