Back in June, during Apple’s annual Worldwide Developers Conference (WWDC) keynote speech, the Cupertino-company’s Senior Vice President of Software Engineering, Craig Federighi, was quoted saying, “When it comes to expressing yourself, there’s so much more you could do if we could tap into all the creativity of developers like you — and so, we’re opening up Messages to developers, as well, with iMessage apps.”

What was implied by this statement, as Federighi proceeded to show off on stage, is that Messages in iOS 10 would be opening up a new realm of possibility for 3rd party app developers. More specifically, a means by which their applications, and extensions thereof — such as themed sticker packs, for instance — would be able to be implemented in the company’s vastly revamped Messages app, thanks in part to an all-new Application Program Interface (API), by which developers would be able to create and implement these extensions.

By pressing the dedicated App Drawer icon — located directly next to the text entry field in iOS 10’s Messages App — users will now be able to add content to their messages directly from 3rd party app sources. For instance, from Evernote, Apple Music, Images, and even Yelp — among other, forthcoming contenders. 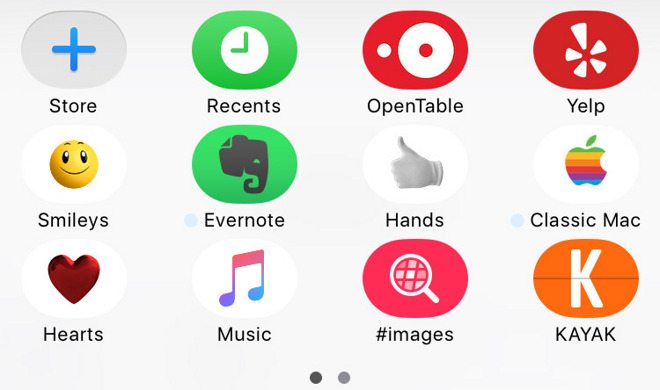 The new API, according to AppleInsider, will open up the possibility for 3rd party developers to create two distinct types of app extensions, including app themed sticker packs, as well as fully-fledged app extensions that allow users to share information directly from 3rd party app sources without having to leave Messages. For example, Federighi showed off how to send information such as restaurant reviews and location details directly from Yelp or OpenTable.

In addition to app-themed sticker packs, which users can then drop directly into their Messages from the App Drawer, Apple’s new Messages API also opens up the possibility for other, considerably more sophisticated app extensions.

For instance, the Square Cash app, which will allow users to send cash payments directly to other users from a linked Debit Card/Checking Account from the Messages app extension. 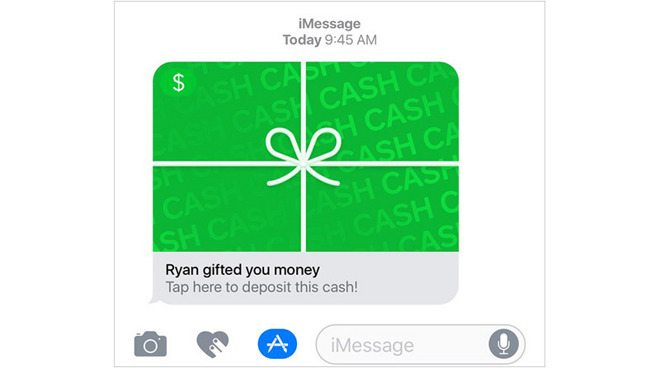 In addition, app developers taking advantage of the new API will be able to fully customize their extensions, create customized, app-themed sticker packs (like the one you see below for Nintendo’s new Super Mario Run game), as well as create interactive data, like games, that Messages users will be able to play together.

Federighi noted that, with over 2 million 3rd party apps currently available for download from Apple’s iOS App Store, the new API will unlock a wealth of creative possibilities for developers to further integrate their existing apps — while allowing users, themselves, to benefit from the content of more 3rd party apps than they ever thought they’d utilize.

Are you excited to start getting even more out of your compatible 3rd party apps with Apple’s new Messages API? Let us know in the comments!