Fitbit this week has unveiled its first actual smartwatch, dubbed the Ionic, a product slated to go toe-to-toe with competitors like the market-dominating Apple Watch.

While the Fitbit Ionic remains a fitness-oriented device, it adds new additions like a full-fledged operating system called FitbitOS, an app store, customizable watch faces, and a NFC-based payment system called Fitbit Pay. The Ionic will be able to sync with iOS, Android and Windows devices.

Here’s how the Ionic stacks up to the Apple Watch. 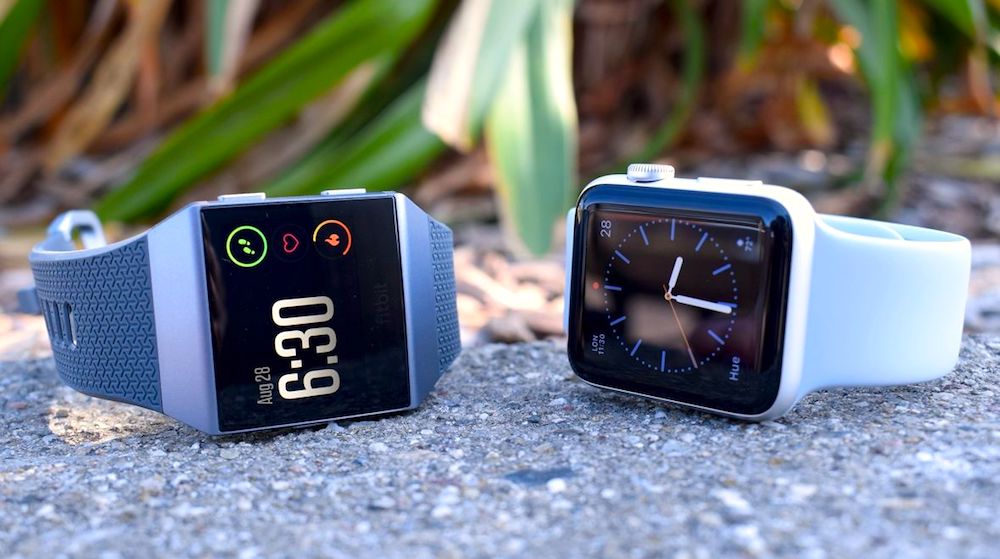 Aesthetic value is obviously extremely subjective, but it’s worth noting that the Fitbit Ionic has a much sportier and fitness-focused appearance. As The Verge’s Chaim Gartenberg points out, that design doesn’t necessarily lend itself well to dressier or more formal events. The difference is pretty clear when the Apple Watch comes in several different variations and can adapt to a variety of situations. 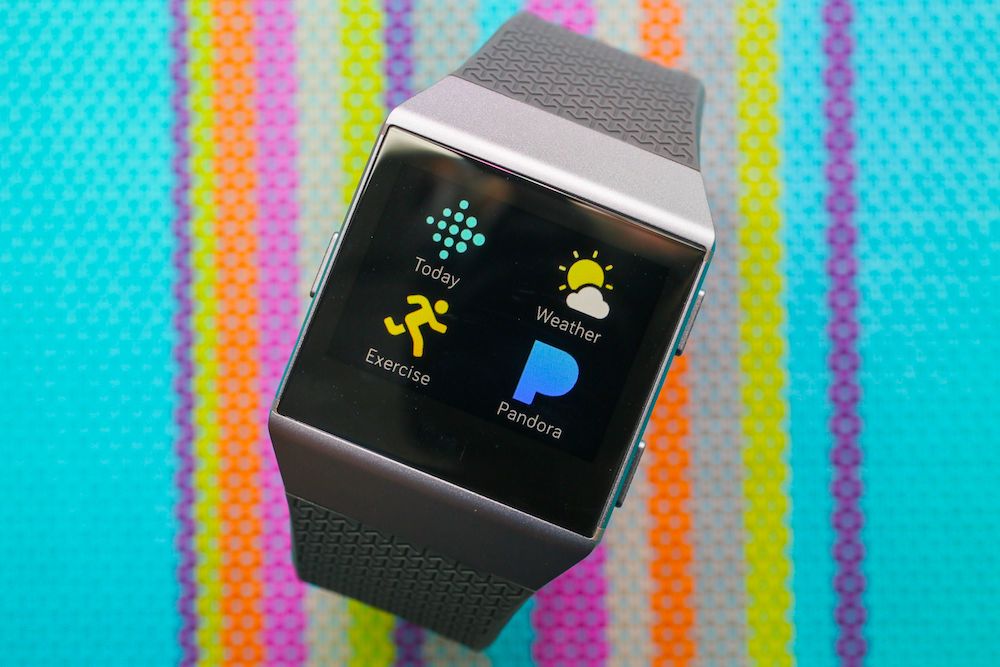 The Ionic’s biggest change is the introduction of an open operating system, created in part thanks to Fitbit’s acquisition of Pebble. FitbitOS is, according to Engadget, “impressively mature” for a fledgling operating system. But it does have some limitations.

The notifications are currently non-interactive, for example. And while FitbitOS will sport an app store with third-party offerings, the selection will be rather limited at launch. Currently, some of the apps include Accuweather, Pandora, Strava and Starbucks.

The Ionic will also come equipped with a suite of first-party apps, including Coach — a rebranded Fitstar. Coach will feature animated instructions for various workouts, including some free activities, but will cost $7.99 a month or $40 a year for full access. 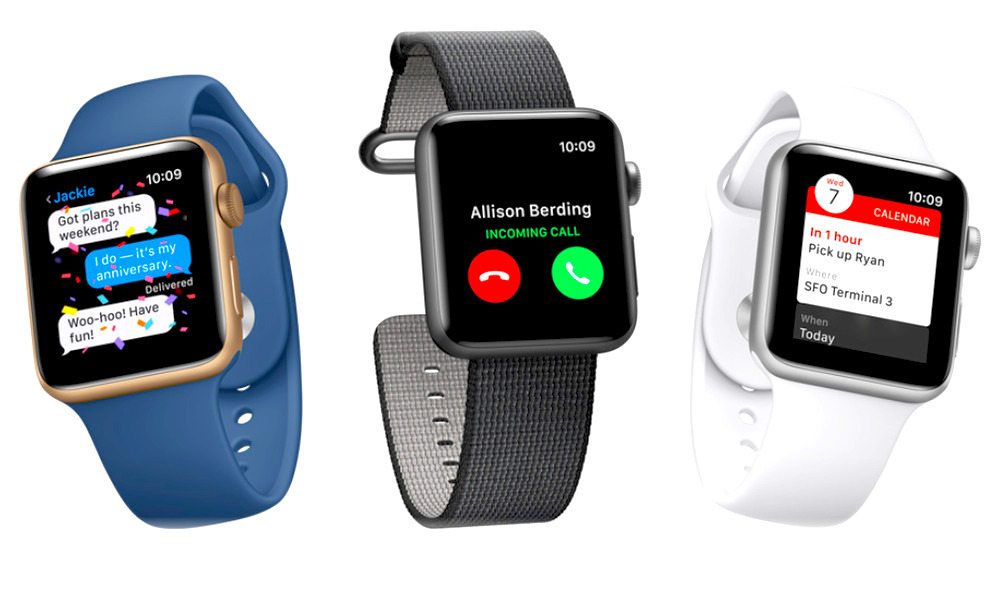 watchOS, on the other hand, is a much more fleshed out operating system with deep iOS and Siri integration. And, of course, it’s hard to argue with the ubiquity and range of options available on Apple’s own App Store. 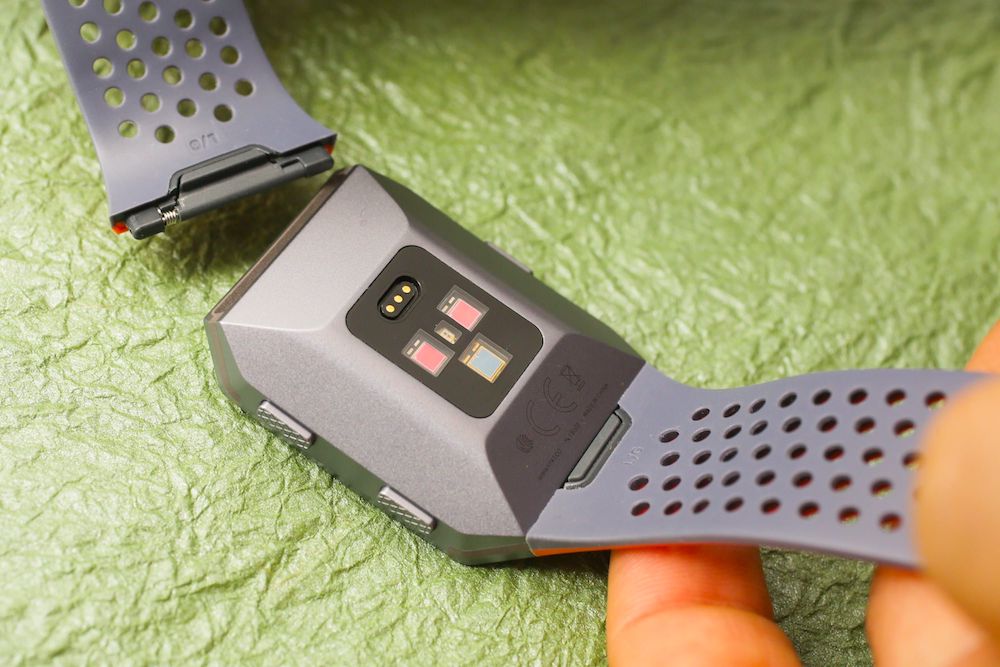 As far as hardware goes, the Fitbit Ionic will come equipped with GPS, heart rate and blood oxygen sensors, 6000-series aluminum, and a 1,000-nit LCD touchscreen. Its battery is estimated to last about four days on a single charge, but that number falls to about 10 hours if GPS is used continuously.

The current-generation Apple Watch Series 2 has a similar suite of sensors but sports a 1,000-nit OLED display and stainless steel, ceramic and sapphire crystal construction. The Apple Watch has a slightly more conservative battery estimate of about 18 hours on a charge, but that of course varies by usage.

Both devices are water-resistant up to 50 meters. 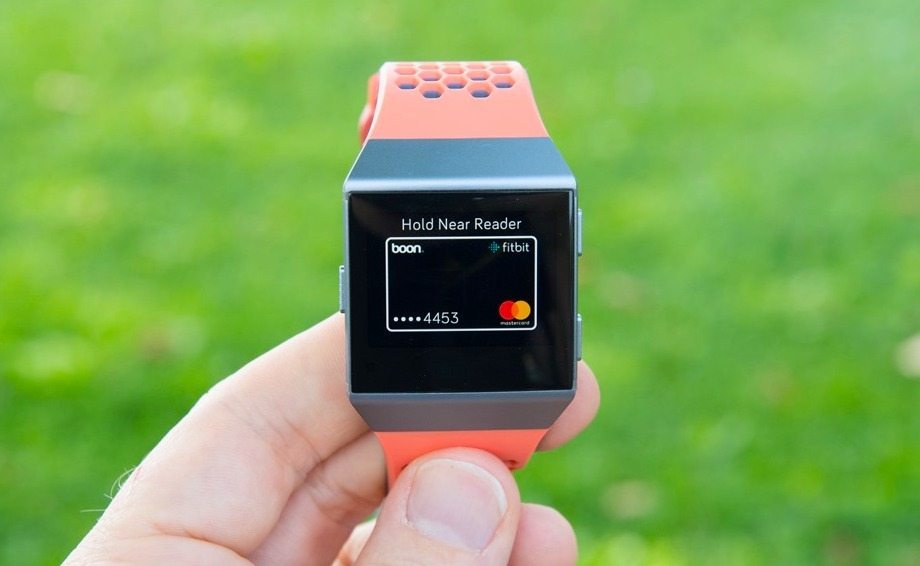 While Apple Pay integration has long been a feature of the Apple Watch, Fitbit’s NFC solution might have a slight edge. Fitbit Pay, as the platform is called, will reportedly be accepted anywhere contactless American Express, Visa and MasterCard transactions are accepted. Apple Pay, on the other hand, only works with retailers that are compatible with Apple’s NFC tech. That’s a much smaller list than Fitbit Pay will support at launch.

The Fitbit Ionic will ship in October and will start at $299.95. At launch, additional strap options will be limited to two variations: a sport band for $29.95 and a leather band for $59.95. The smartwatch will be available in gray/silver, blue/orange and charcoal/gray color configurations. Some additional accessory options include Flyer Bluetooth headphones and the updated Aria 2 smart scale.

Current-generation Apple Watch Series 2 models start at $269. Of course, Apple Watches are available in a much wider range of color and design variations and have a large variety of accessories, too. As far as the Apple Watch Series 3, it’s likely to debut sometime next month. Because the next-gen lineup has yet to be announced, its retail price and shipping date is still up in the air.