You may or may not be familiar with the Obama-era net neutrality protections. In either case, here’s what you need to know.

What Was Net Neutrality?

By the most basic definition, net neutrality is the idea that all content should be treated equally by internet service providers (ISPs).

The original net neutrality regulations, enacted in 2015, classified broadband service as a Title II utility under the Communications Act.

On a more practical level, that classification allowed broad power for the FCC to regulate ISPs. And it strictly prohibited the following ISP practices.

Now, with the death of net neutrality, there’s nothing enshrined in law that restricts the above practices.

Additionally, the FCC will have more of a “hands-off” role in policing the internet. Regulating antitrust and monopolistic behavior would be largely left up to the Federal Trade Commission.

Many net neutrality advocates are worried about the implications of the FCC repeal, the New York Times points out. 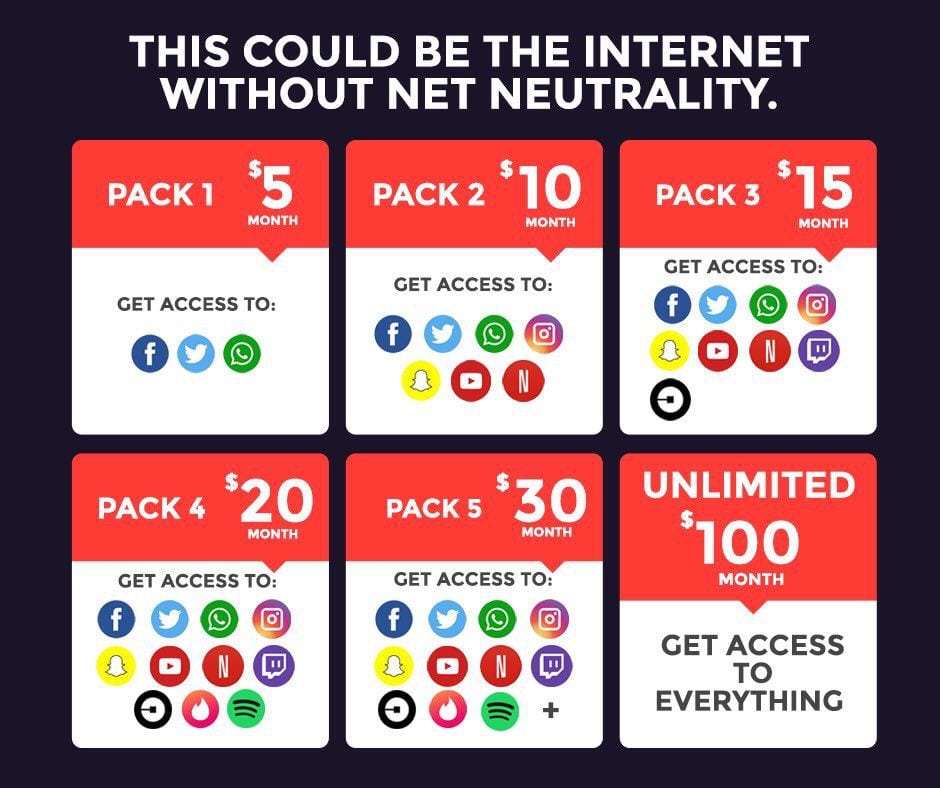 The aforementioned paid prioritization could also become a reality. That could give an unfair competitive advantage to large companies to edge out startups and small businesses.

ISPs have pledged that they wouldn’t throttle or block access. But there’s nothing in law stopping them from doing so if they so choose. What happens next, in other words, remains to be seen.

Why Was Net Neutrality Killed?

FCC Chairman Ajit Pai and critics of net neutrality still claim that they believe in a “free and open internet.”

But, importantly, they believe in one in which the government takes a “light-touch” approach and most issues are left up to the free market. The premise, basically, is that net neutrality rules “snarled innovation” and investment in new technologies.

Pai’s argument, as he put it in a CNET Op-Ed on Monday, is that the internet grew and thrived before net neutrality protections were implemented. To be fair, those regulations have only been in effect since 2015.

Could Net Neutrality Be Restored?

It’s a long shot in the current Republican-dominated Congress. While there have been some measures to restore net neutrality, they face a steep uphill battle.

On the other hand, a handful of states have introduced legislation that would implement net neutrality protections in state law. Some of them have failed, but many are still pending.

There is still hope that Congress will pass a bipartisan bill that would supersede the FCC’s decision and restore some measure of protection. The FCC’s repeal is also likely to end up in court.