As we’ve heard from the rumor mill already, Apple’s imminent plans could entail a complete axing of the iOS home button — from its upcoming iPhone models and iPad Pro — as part of the company’s broader plan to usher in the next-generation of iOS devices built around Face ID and TrueDepth. And Apple’s decision to remove the Home button from iPhone X may be more well received by some than others.. However those who’ve developed an affinity for the click may be in luck. That is — if your love for the iOS Home button is as bold as you are.

Enter The Home Button, one of CES 2018’s most bizarre iPhone X accessories. It’s a standalone, Lightning-powered Home Button dongle which plugs directly into the bottom of your iPhone X.

The dongle was developed by a small Chinese accessory maker who already produces a wide range of premium accessories for iPhone and iPad, according to 9to5Mac.

Unfortunately, while the gizmo is devoid of a Touch ID fingerprint reader, it faithfully reproduces the familiar Home button ‘click’ on iPhone X according to those who’ve tried it out.

“Plug in the Lightning adapter, and you’ll have a fully functional Home button again (sans Touch ID),” 9to5mac’s Michael Steeber reported of The Home Button’s functionality, adding that “it worked” as you’d expect of a non-Touch ID equipped iOS button. 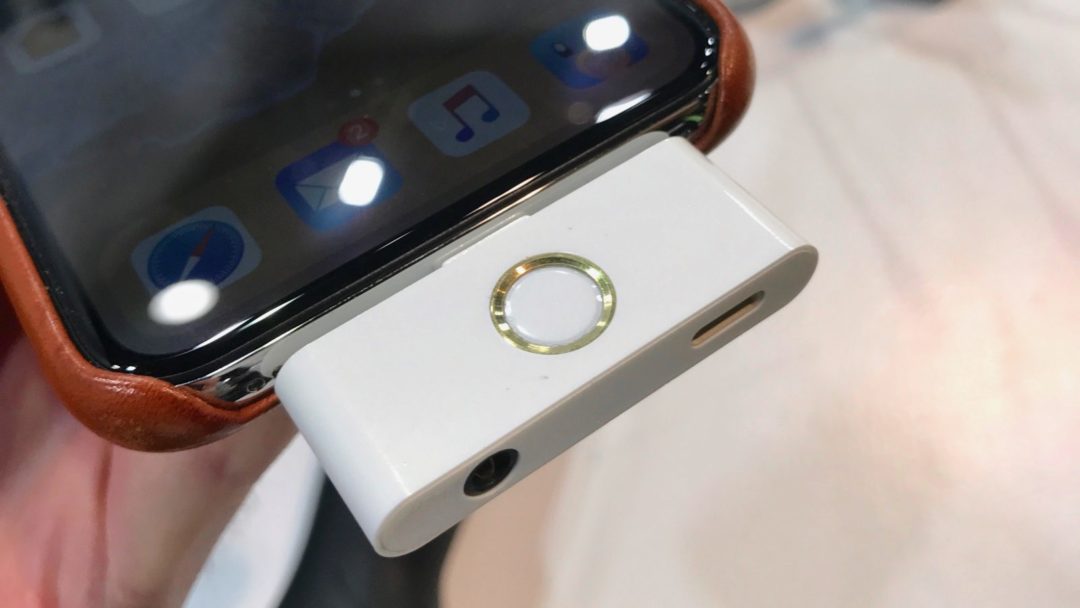 You can single-click to go back to the home-screen, double-click to reveal the iOS multitasking interface, and even summon Siri with a long press as you normally would.

“The dongle even includes a headphone jack and Lightning connector in the base, so you can charge your iPhone and listen to music like the good ol’ days,” Steeber added.

It’s not clear when we might be able to pick up The Home Button (or how much it’ll cost), though in its current functional state, we’d be hard pressed to believe it won’t be very long.