The midsummer update is an incremental one. While there are new MacBook Pro models with refreshed specs and hardware, the general design of Apple’s flagship notebook has remained unchanged from the 2016 models.

The 15-inch MacBook Pro with Touch Bar is available with up to a 6-core Intel Core i7 and i9 processor. That allows performance of up to 4.8 GHz with Turbo Boost, and 2.9 GHz without.

For the 15-inch model, memory configurations are available up to 32GB of DDR4 RAM. That represents an upgrade from DDR3, which should allow for faster and higher performance. Apple has also upgraded the device with a larger battery to offset the additional power consumption. 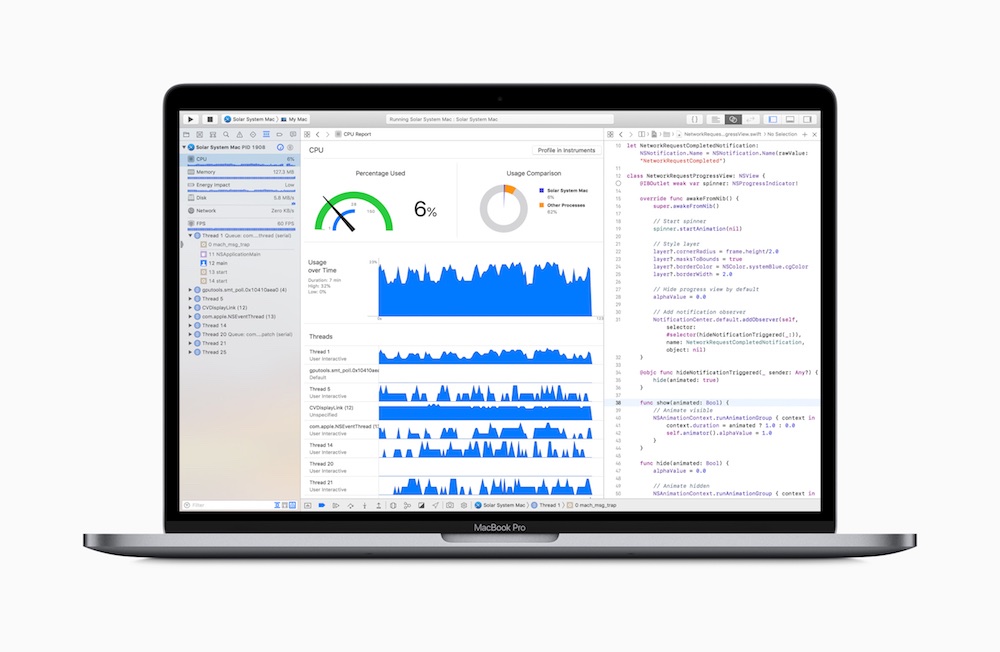 Similarly, the 13-inch MacBook Pro with Touch Bar is available with a quad-core Intel i5 and i7 processors with up to 2.7 GHz, or 4.5 GHz with Turbo Boost.

With its 2018 MacBook Pro models, Apple has also brought True Tone to the Mac lineup.

The display technology uses smart sensors to detect the ambient lighting in a room. It’ll then automatically adjust the color temperature of the display to best match that lighting. 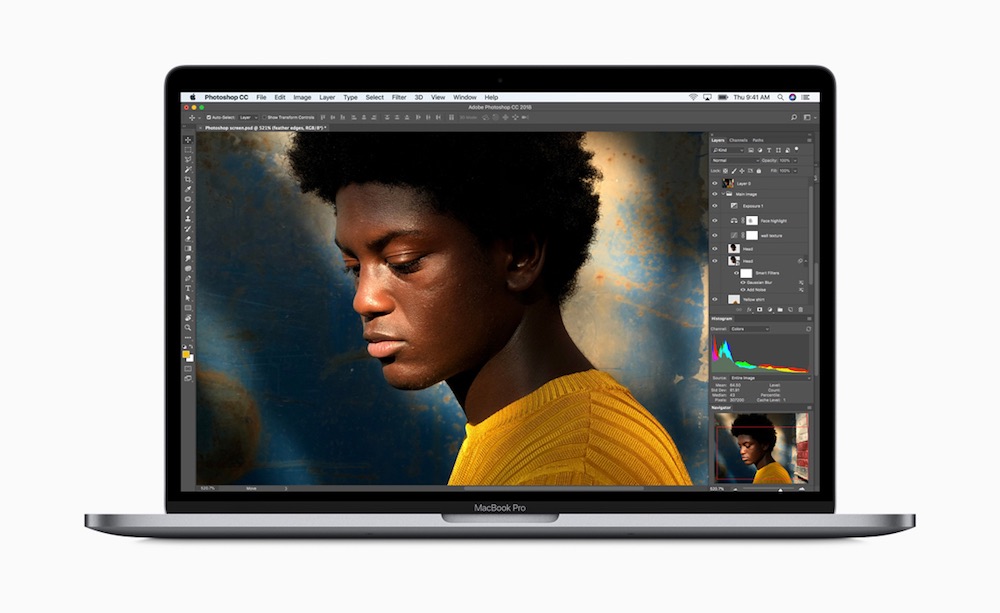 All in all, it makes for a more pleasant viewing experience in a wide variety of environments.

Of course, for users who need precise color accuracy — like photo or video editors — this feature can be switched off.

Apple has also updated the T-series processor in its notebook to the new generation T2.

On the previous generation of MacBook Pro, the T1 processor controlled fingerprint sensing, data encryption and other features.

On the new MacBook Pro models, the T2 (which was first introduced with the iMac Pro) will allow for added security, including a secure boot path.

The T2 processor will also allow for hands-free and always-on “Hey Siri” commands.

Other Features and Updates

The Cupertino tech giant has also given its MacBook keyboards a refresh with the 2018 lineup. While they don’t deal with some of the issues of the previous iterations, they are quite a bit quieter.

It’s worth noting that the aforementioned updates only apply to the 13- and 15-inch MacBook Pro models equipped with Touch Bars.

That means that the 13-inch MacBook Pro without a Touch Bar, the 12-inch MacBook, and other Mac hardware has remained unchanged.

In addition, Apple has quietly discontinued the 15-inch 2015 MacBook Pro model. That means newer models — equipped with USB-C ports — are the only ones available from Apple, outside of refurbished or remaining stock.