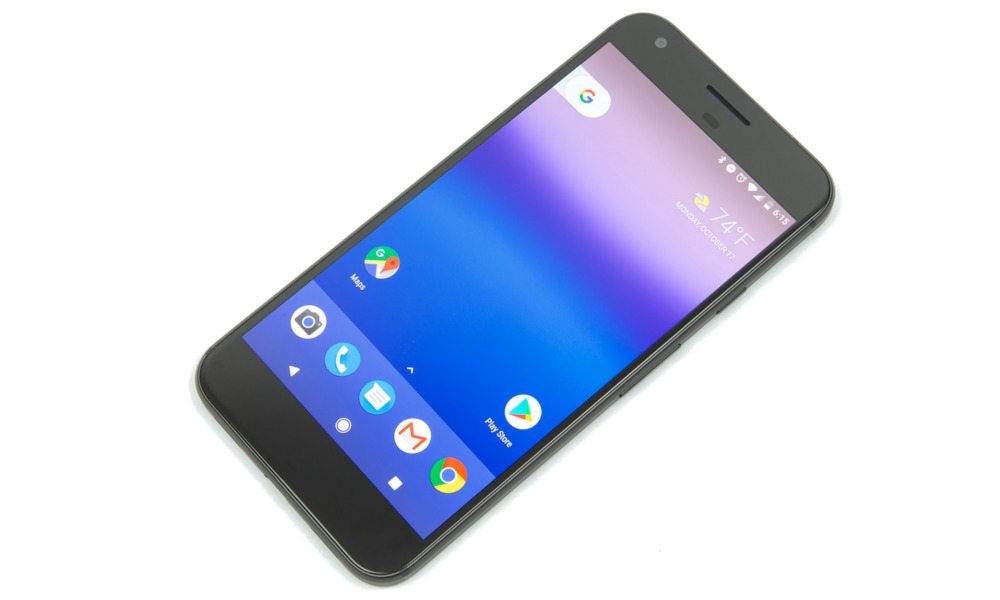 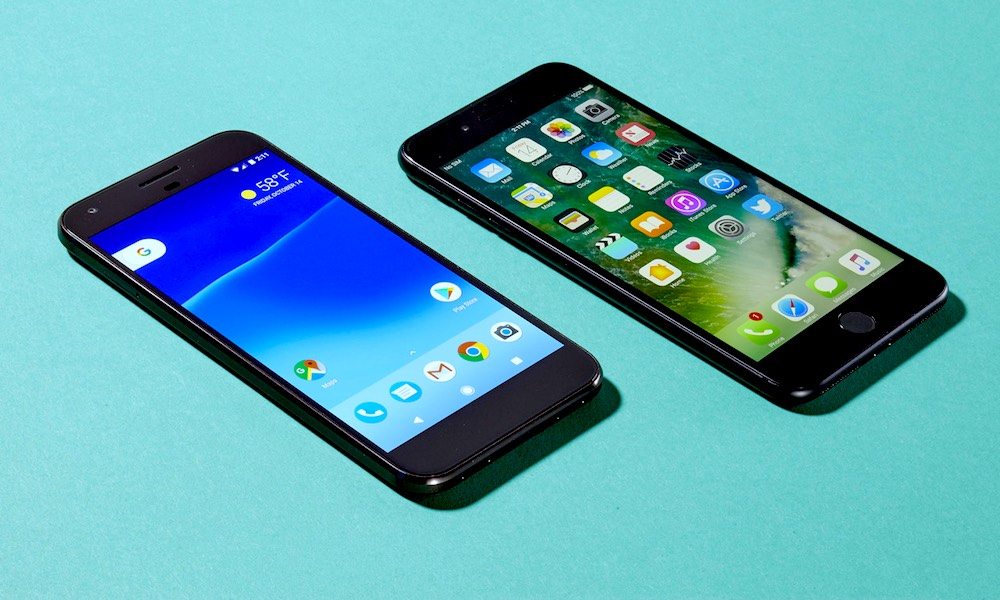 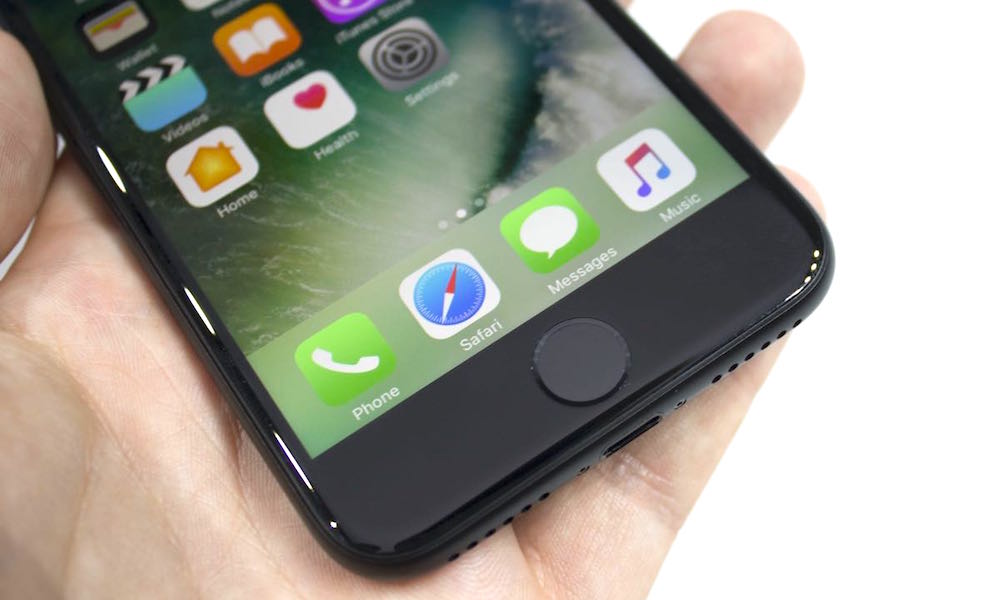 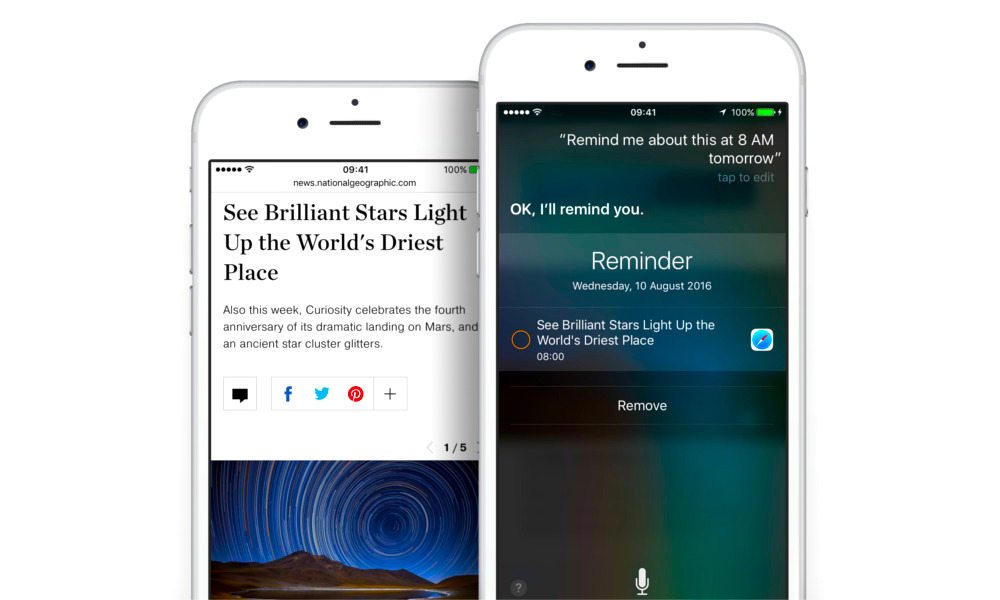 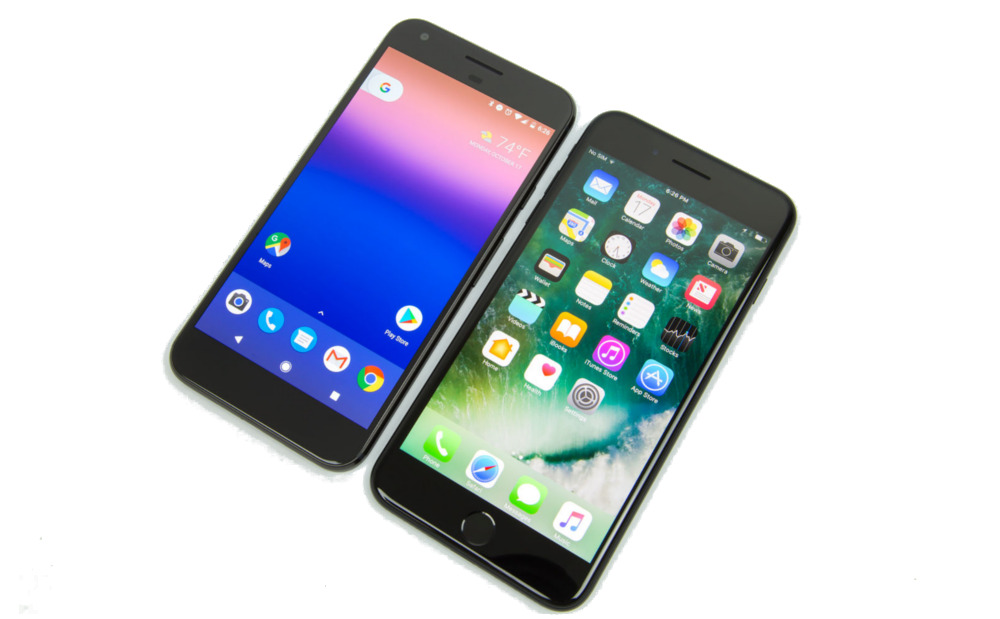 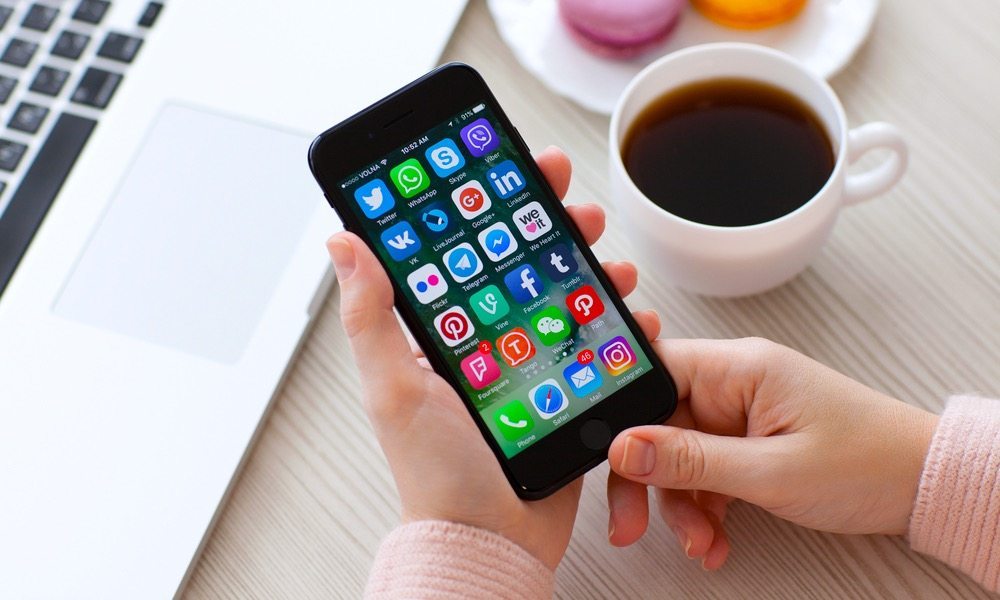 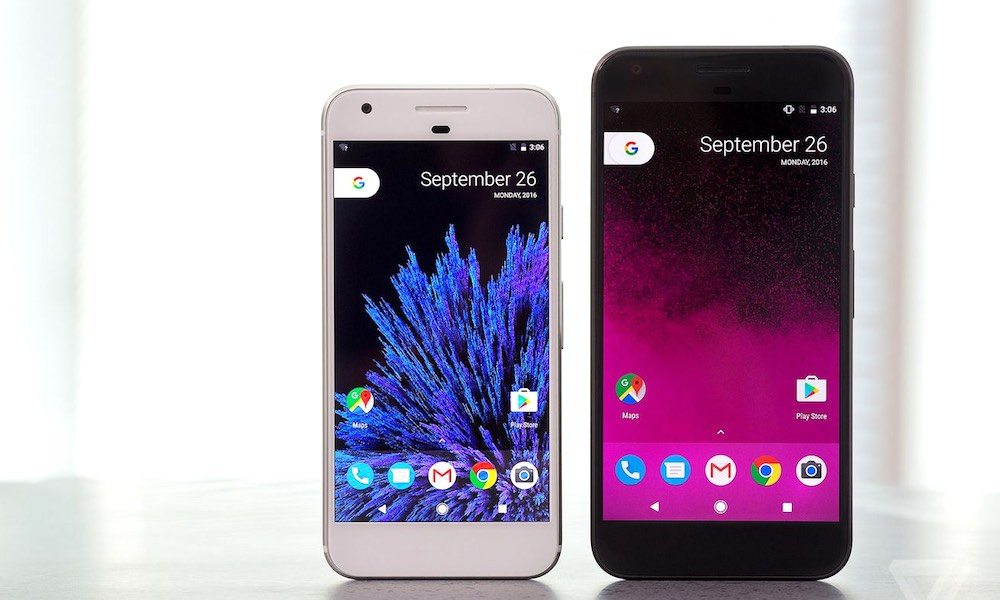 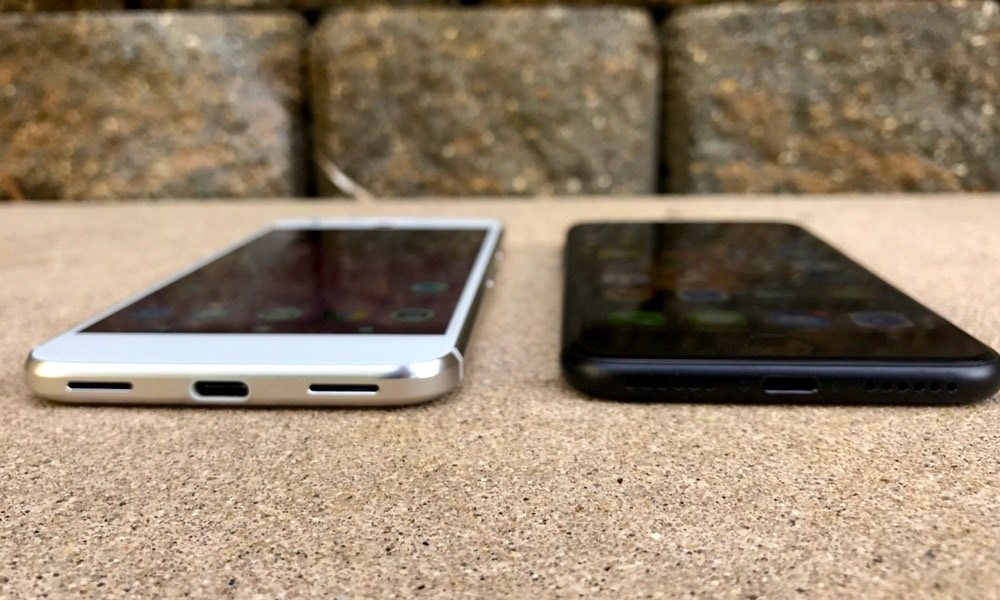 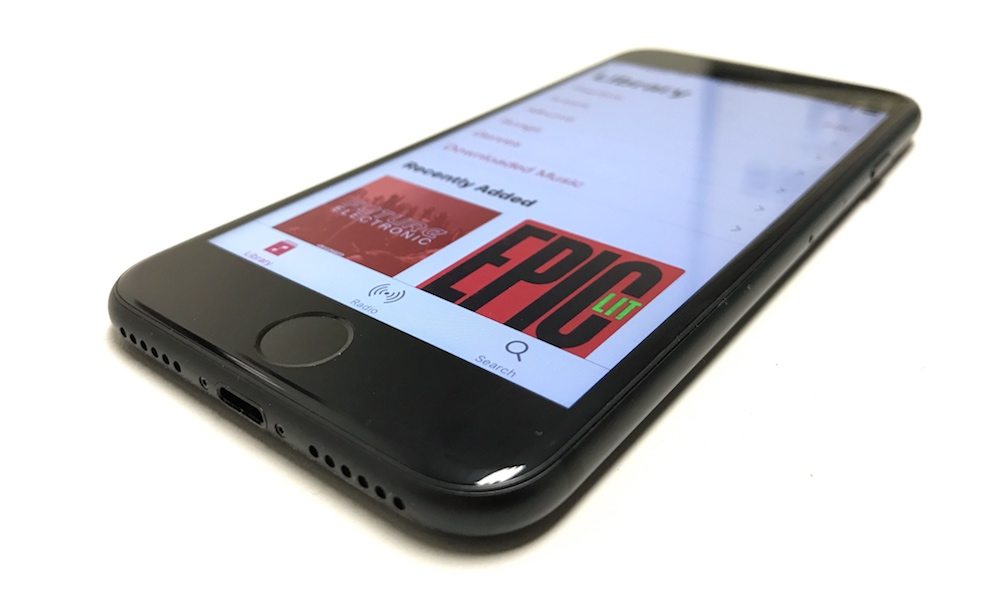 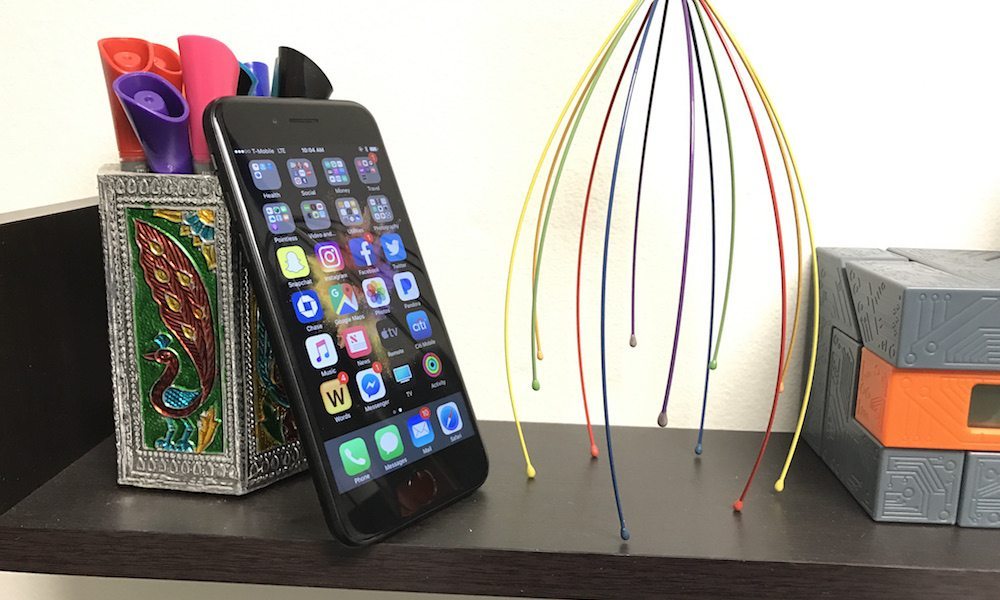 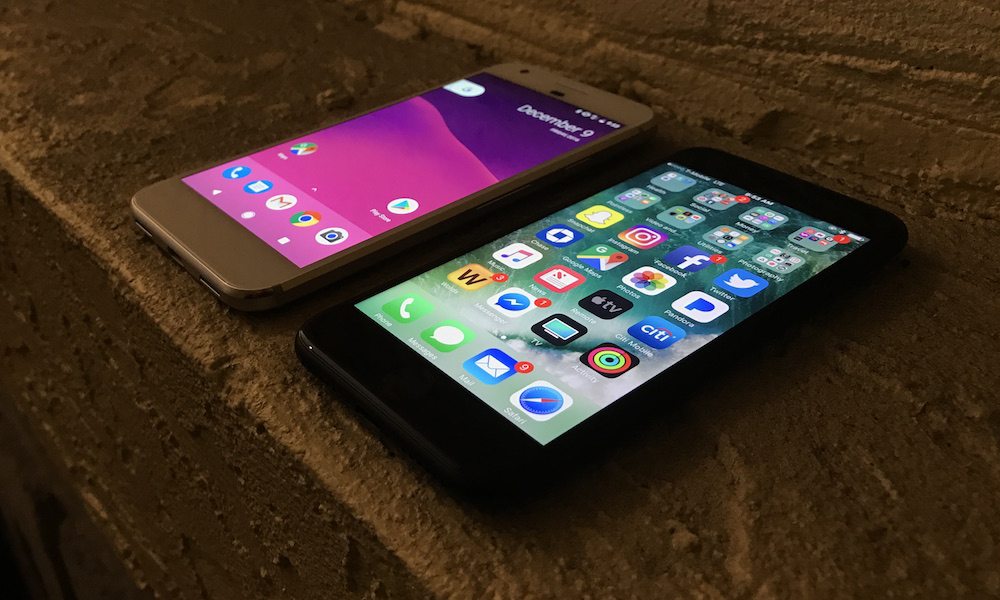 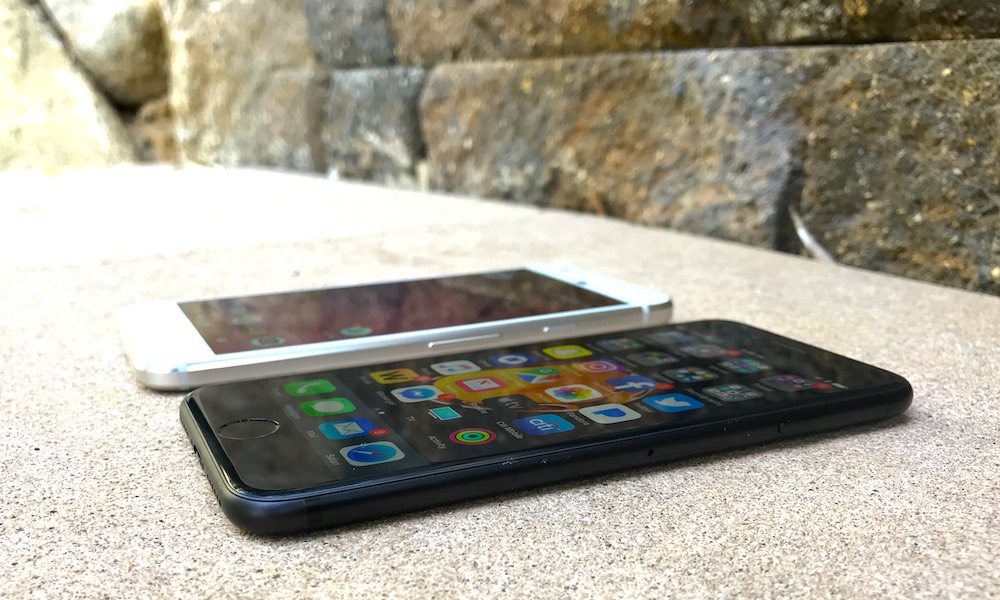 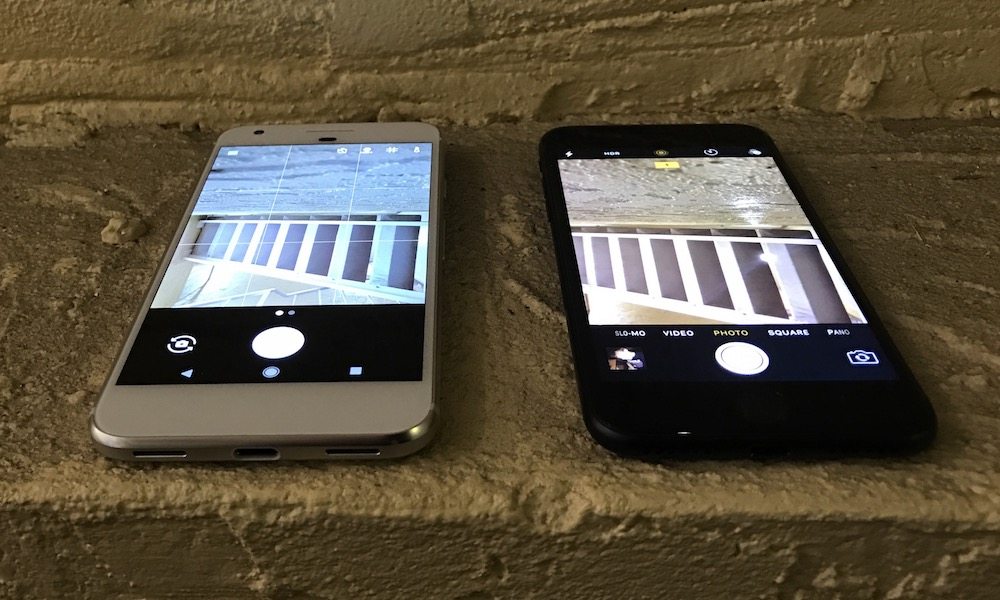 Apple’s iPhone 7 and Google’s Pixel are two of the highest profile smartphones available to the public today, and while the iPhone’s core has remained unchanged throughout the years, the Google Pixel is a new device altogether. There are numerous differences between the iPhone 7 and the Google Pixel, and many features that are ultimately comparable.

Everything you’ll need to know about Apple’s iPhone 7 and Google’s Pixel will be covered in this guide: including camera quality, battery life, call quality, user friendliness/ease of use, display quality, security features, Siri, Google Assistant, Imprint vs. Touch ID, speaker technology, speed, and even audio quality.

Apple’s IP67 rating means it can withstand dust, splashes, and even exposure to water. The Pixel’s IP53 rating means it stands up well to dust, but is barely waterproof. CNET surveyed both devices, and believes that the Pixel can survive a light spray of water but definitely not a full on rainstorm. The iPhone 7, however, could be submerged in 1 meter of water for 30 minutes; yet the sound quality of the speakers suffered and “never fully recovered” afterwards.

Apple’s newest device showcases Siri improvements, including “Hey Siri” functionality in iOS 10. Siri lets users set alarms, make reminders, and even use select apps on the device. Google Pixel brings with it Google Assistant, an upgrade to the existing Google Now function. The new Google Assistant can search photos, interact with your smart appliances, and more, and can be summoned through holding the Home button or saying “Ok Google.” Multiple sources like Wired, Mr. Mobile, and TechRadar have all touted the potential behind Google Assistant; yet, as TechRadar mentions, “Assistant is a nice addition to the Pixel, but it’s not a feature many will be holding up as the stand-out reason to buy the phone.”

Apple’s iPhone 7 comes with a 12 MP camera with ƒ/1.8 aperture and a 7 MP front-facing camera. The 7 Plus model comes with the dual-lens camera with wide angle and telephoto lens. Apple also recently released an iOS update that includes portrait photo mode for the iPhone 7 models. The Google Pixel has a 12.3 MP camera with f/2.0 aperture and an 8 MP front-facing camera. One perk of the Pixel camera is that it earned an 89 by DxOMark Mobile score, the “trusted industry standard for camera and lens image quality measurements and ratings.” The iPhone 7 comes in second, by a margin of only three, at 86 points. 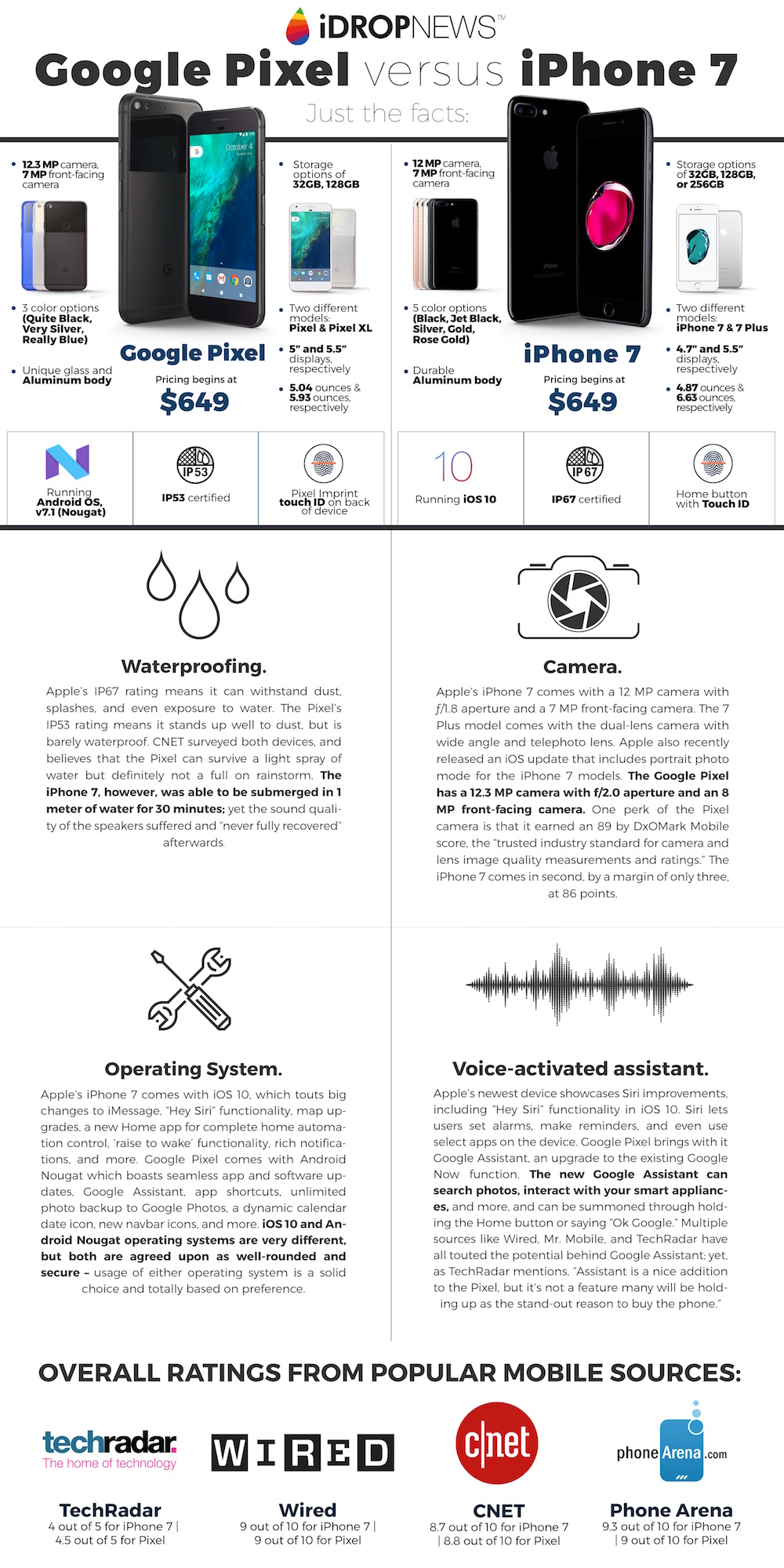