After identifying an issue earlier this week with the popular iOS app, GasBuddy, which caused some iPhone 8, 8 Plus, iPhone X, XS and XS Max devices to become unresponsive, the app’s developers issued a statement and a software patch indicating that they’ve solved the “underlying issue” identified by Apple.

Earlier this week, GasBuddy had temporarily removed its title from the iOS App Store, so as to limit exposure during its internal investigation into the matter.

The problem affected an unknown number of 2017 and 2018 iPhone models after launching an app called GasBuddy (a popular iOS title used to help locate gas stations with the lowest-priced fuel in the U.S., Canada, and Australia).

With over 70 million active users, GasBuddy relies on a community-based model to thrive, where users upload gas prices when and where they fill up, and thereby alerting others as to where the cheapest gas in town is.

In an internal memo shared with Apple Store locations worldwide this week — a copy of which was obtained and verified by MacRumors — the company noted that iPhone models affected by “the GasBuddy issue” will exhibit “a black screen with an endlessly spinning wheel,” which can be rectified by performing a simple force restart of the device and then immediately proceeding to uninstall the app. 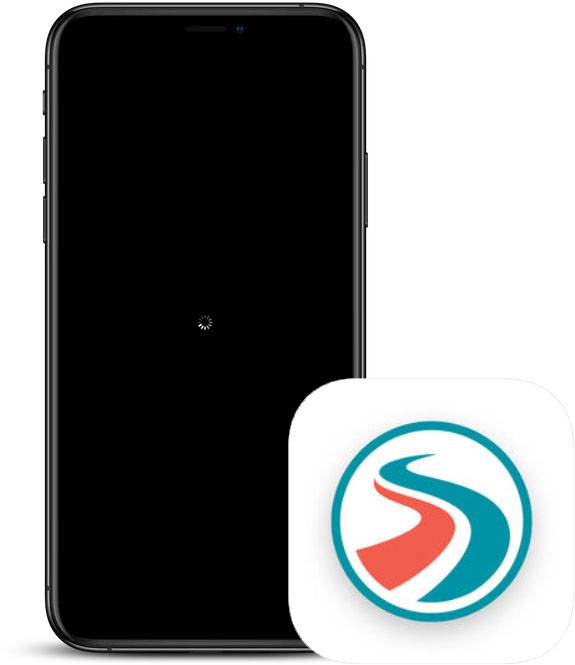 Apple also noted in the memo it was working closely with the team at GasBuddy to resolve the issue, which appears to have materialized sometime after October 18.

At the time of issuing its memo, it was unclear to Apple why the GasBuddy app was causing certain iPhone models to crash in the first place. But a GasBuddy spokesperson, in a statement obtained by MacRumors, indicated that its team was “rapidly preparing an update” which it hoped would solve the underlying issue.

According to the latest reports, GasBuddy has officially returned to the iOS App Store with an update which the developers say finally “resolves an issue that was causing some devices to crash.”

How to Fix the GasBuddy iPhone Crash Issue