A recently discovered Apple patent could hint at the company’s future plans for its Apple Pencil — and they stretch beyond the iPad.

The patent in question, titled “Content Creation Using Electronic Input Device on Non-Electronic Surfaces,” basically describes an Apple Pencil-like stylus that could be used to draw on any flat surface or even three-dimensionally in the air.

The text is pretty vague on how the stylus would achieve this, however. The patent mentions that it could use “a motion or orientation sensor, a camera, or an electromagnetic- or sound-based triangulation scheme.”

This sensor could be placed on an external device, such as a notebook or desktop computer, or on a standalone product. 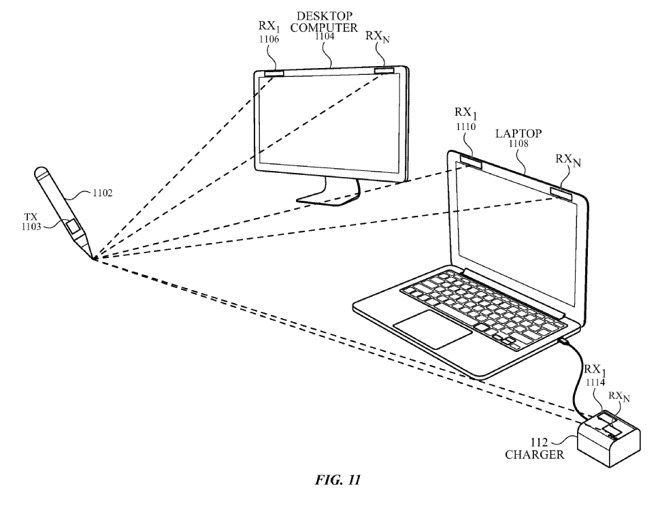 Draw on Any Surface

The true utilization of the patent goes beyond drawing or painting on an iPad. Such a device could let graphic designers and artists use any flat surface, like a table, as a sort of “Wacom tablet,” allowing them to draw or write within a graphics program on a notebook or desktop computer.

Of course, with the 3D applications, the stylus could be used to create, edit or manipulate a 3D object in a program like AutoCAD. With the advent of 3D printing, this could go hand-in-hand with home creators using the nascent technology.

The patent also notes that communication between the stylus and an external device isn’t “uni-directional.” That means feedback or other information could be relayed back to the user through an LED screen, a small onboard display, or another vector.

The patent was first filed on July 14, 2017 by three Apple engineers. It was made public on Jan. 18, and was first spotted by Dutch site Techtastic.

Of course, since it is just a patent, there’s no guarantee that we’ll see the stylus device ever reach the market. Similarly, even if the patent’s tech does reach an Apple product, we have no idea when such a product could launch.