One of the best new features in iOS 11 is that you can more easily manage your iPhone's storage to free up space. Apple has added new features to iOS 11 that provide storage management recommendations, deletes unused apps when you're running low on storage space, and much more. Press the right arrow to learn 5 features in iOS 11 that will help you free up storage space on your iPhone. 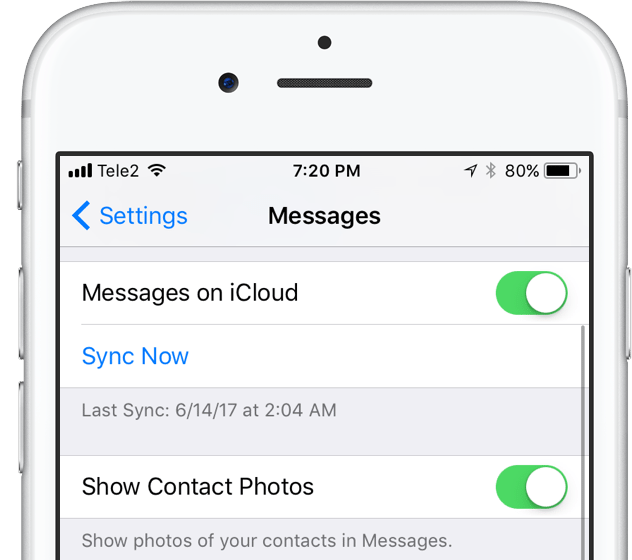 In iOS 11, you can upload your iMessages and attachments to iCloud to save space on your iPhone. It also means that the service will be more reliable as you won't lose your messages when you switch to a different device or restore it. All your iMessages will get backed up and synced to iCloud automatically.

Once your messages and attachments such as photos and videos have been saved in iCloud,  you can remove the old ones from your device. They will remain in the cloud and you can view them anytime by simply scrolling up in a conversation to load them.

As of now, Apple has removed the Messages on iCloud feature. It was removed in iOS 11 Beta 5, but Apple says that it will be back in the future, possibly after iOS 11 is officially released to the public.

This is a new feature in iOS 11 that automatically removes the apps that are used less frequently to free up space on your iPhone. When an app is offloaded, all of its documents and data will still remain on your device so that when you reinstall it from the App Store, you don't have to start afresh.

Now iOS will automatically remove the apps that are not used that often so that your iPhone's storage space doesn't go to waste. You can reinstall an offloaded app from the App Store whenever you want and all of its data will be placed back.

HEVC is a new format for videos that has a far superior compression algorithm than standard video formats. With HEVC, your video files will take much less space, approximately 50% less space than that of normal videos with h.264 encoding.

You can enable HEVC by going Settings > Camera > Formats and choosing the High Efficiency format. 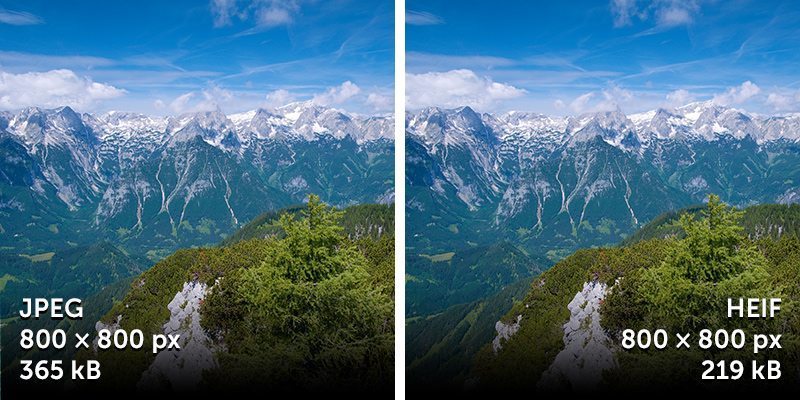 iOS 11 introduces a new image format called HEIF, short for High Efficiency Image Format. This means that Apple will replace the industry standard JPEG format for images with a more efficient image format that is referred to as HEIF. Now when you take photos in iOS 11, they'll be saved in HEIF format, which has a better image quality and takes up much less space, approximately half the size of JPEG images.

This is a major improvement for iOS as it allows users to store twice as many photos as they want with HEIF format. If you're worried about how you'd share your HEIF images with devices that don't support it, then the good news is that HEIF images are automatically converted to JPEG when you share them.

You can enable HEIF by going Settings > Camera > Formats and choosing High Efficiency format. Under the Most Compatible format, images will be saved as JPEG. 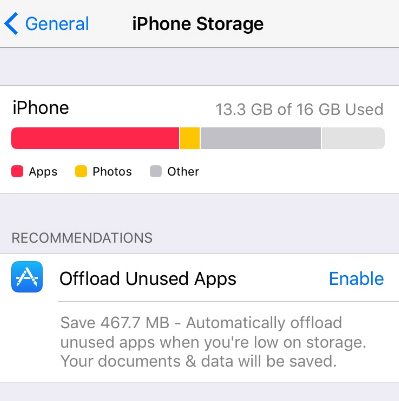 iOS 11 adds a new section to the iPhone Storage settings to provide you with recommendations for saving storage space. It lists all the different ways that you can free up space on your iPhone, such as deleting large attachments in Messages, clearing Recently Deleted album in Photos, offload unused apps, and much more.

Open the Settings app and go to General > iPhone Storage. You'll notice that the interface has been redesigned completely to display more information. For instance, you get a complete breakdown of how your iPhone storage is being used based on the amount of space consumed by Apps, Media, Messages, and Other items.

Here, you'll also find a list of suggestions for saving storage space on your iPhone. Some examples include:

If you tap on a suggestion, it will allow you to take action right away. For instance, when you tap on the suggestion about Recently Deleted album, it will empty that album to save space.