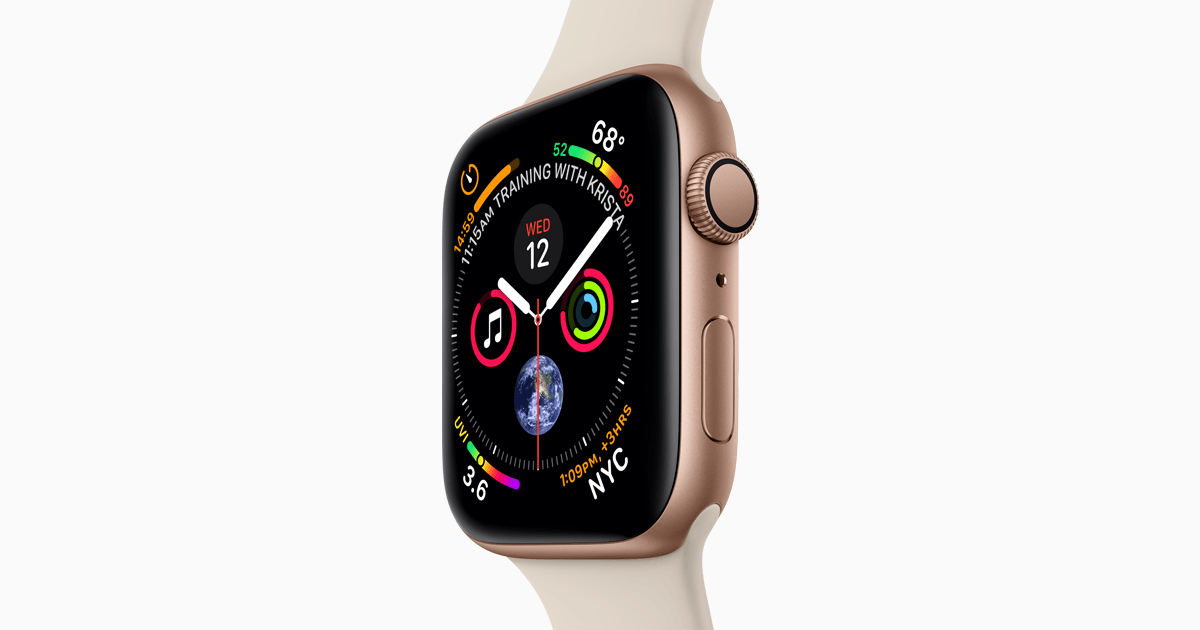 For the Apple Watch Series 4, Cupertino introduced a re-engineered Digital Crown and new side buttons that adopt the similar vibrating “phantom haptic feedback” introduced on the iPhone 7 and iPhone 7 Plus.

The Digital Crown on the Series 4, additionally, features a new aesthetic — being outlined in red, as opposed to the center being entirely in red, as with the Series 3.

And its body has not only been reduced in thickness, but boasts a completely redesigned speaker system capable of producing 50 percent louder audio with reduced echo.