It’s dubbed AR Emoji, and it’s basically the same idea as the Animoji feature that Apple debuted on its flagship iPhone X. So how do the two animated emoji features compare? Read on to see the similarities and differences between the two. 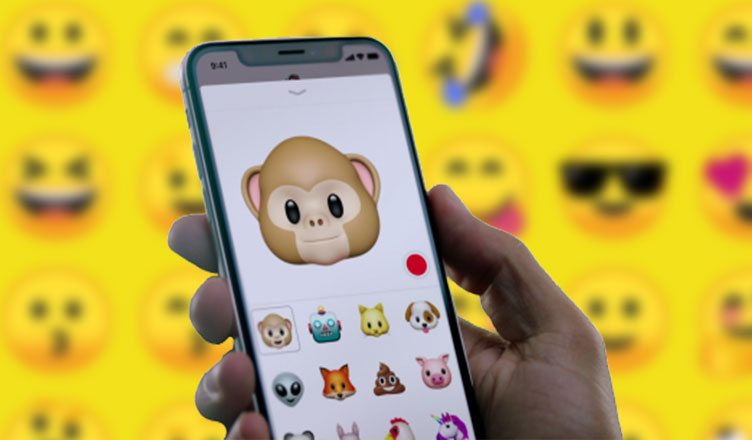 Animoji lives in the Messages app. That makes it pretty seamless to send an animated character off to your friends. On the flip side, it means that you’ll actually need to send an Animoji clip to a contact before it can be saved and shared through other media.

Samsung’s AR Emoji, on the other hand, is a part of the built-in Camera app. Because of that, it’s a bit easier to share the AR Emoji clip through email, social media, or uploading them to cloud-based platforms like Dropbox as soon as they are created. 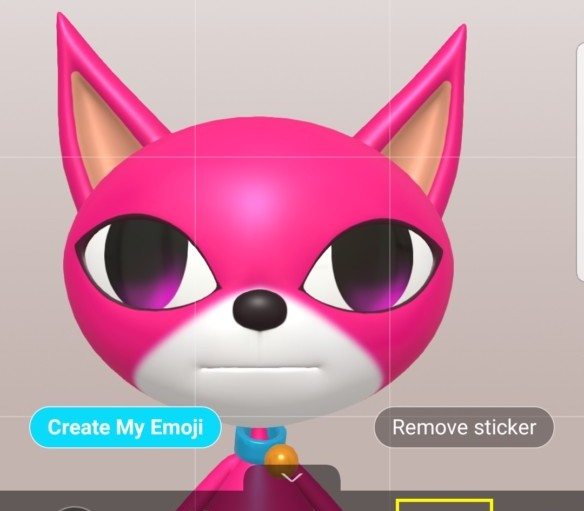 Apple’s Animoji characters are based on the company’s version of Unicode emojis — and they’re pretty accurate representations of those emojis. They're also three-dimensional, meaning there's a certain level of depth to the characters.

AR Emoji aren’t based on specific Unicode emoji characters. Because of that, they look much more like generic cartoon characters. The AR Emoji are also not 3D, so they’re slightly “flatter” in appearance and their edges aren’t quite as smooth as Animoji’s. 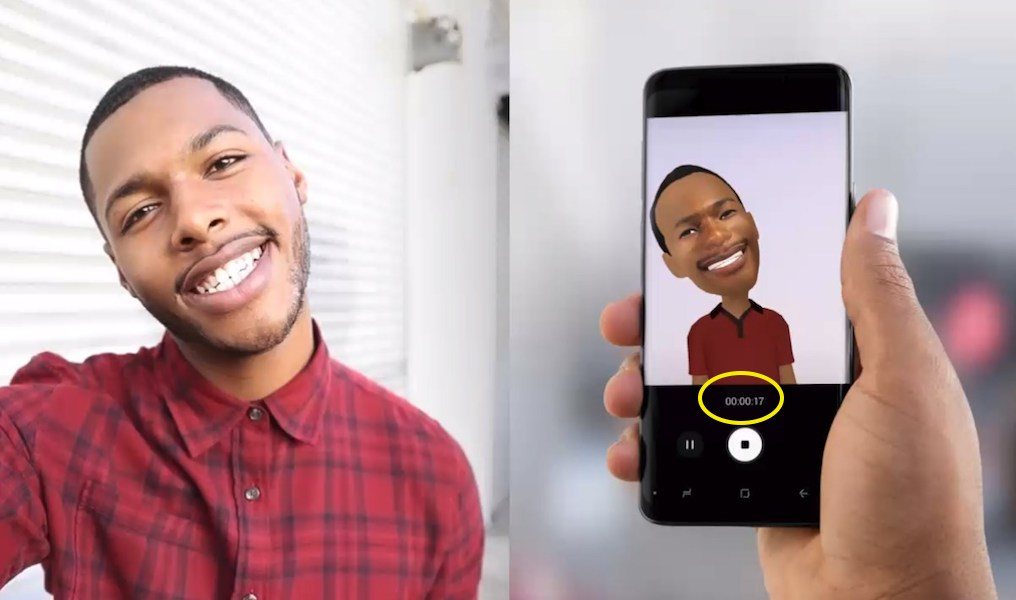 When it comes to Apple’s Animoji, you’re limited to creating a sticker or a short, 10-second video clip of your animated character. These stickers or clips can then be easily shared, because they’re relatively small files.

With AR Emoji, you’re not limited to 10-second clips. You can create a sticker or record a video of your AR Emoji at basically any length you want. That means you can record an entire song in AR Emoji — but be aware that the file sizes can get fairly unwieldy after a certain point. 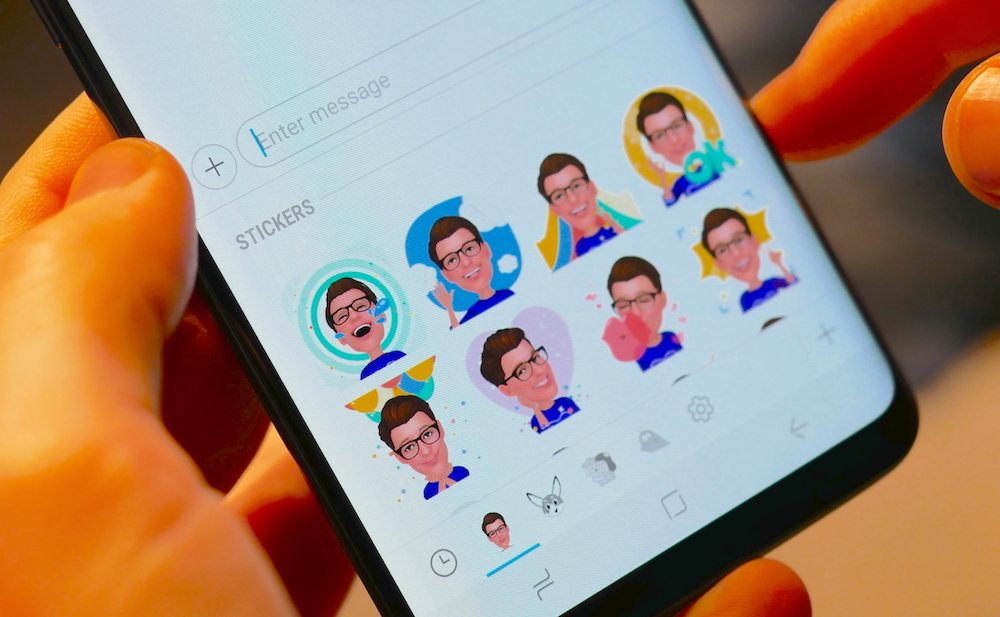 At launch, Animoji featured 12 characters: alien, cat, chicken, dog, fox, monkey, panda, pig, poo, rabbit, robot and unicorn. While new Animoji are being introduced in iOS 11.3, the options are still fairly limited. And, as we'll get into later, they can't really be customized.

Samsung’s approach is a bit different, and it’s more similar to a sticker-based app like Snapchat than it is to Animoji. While there are technically only three animated characters available at launch, there’s a huge variety of “stickers” and customization options that can be applied to your AR Emoji clips — including one pretty big feature (in the next slide).

3 You Can Create an AR Emoji Version of Yourself 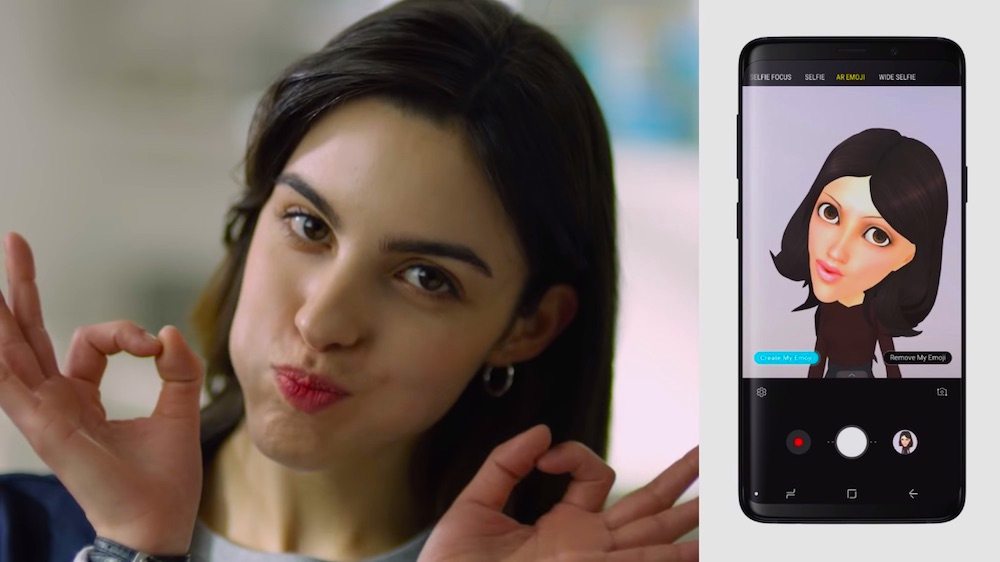 As stated in the previous slide, Animoji are based on Unicode emoji characters. And the way that they’re set up, they can’t be customized. You pick the character you want, and record a video clip. There isn’t a lot of opportunity to create an animated alter-ego for yourself.

AR Emoji’s biggest feature over Animoji is the ability to create an animated representation of yourself. You’re not limited to cartoon characters — using the S9’s built-in camera, AR Emoji allows you to create a Bitmoji-like character based on your own appearance. You can then customize that character to your liking. In true Android fashion, there's just more opportunities to express yourself on the Samsung side. 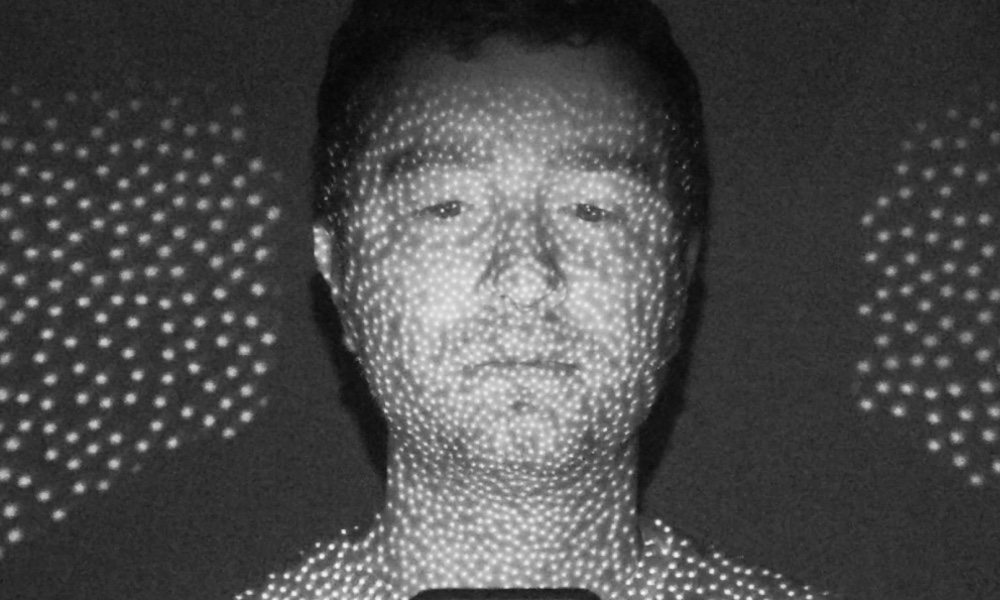 This is maybe the biggest difference between the two, and there’s no getting around it: Animoji is more advanced. The feature uses Apple’s cutting-edge TrueDepth Camera, which captures a huge range of subtle facial movements in 3D. That allows for extremely refined facial tracking, and more accurate facial representations.

AR Emoji just can’t compare. Samsung’s front-facing camera is 2D, and doesn’t capture nearly as many facial points as TrueDepth does. That means AR Emoji doesn’t pick up small facial movements and relies on more exaggerated expressions. It also means that it doesn’t track as well: a sunglasses sticker won’t “stick” to the face very well with rapid movement on the S9. Which brings us to the next point...

1 TrueDepth Works with Other Apps, Too 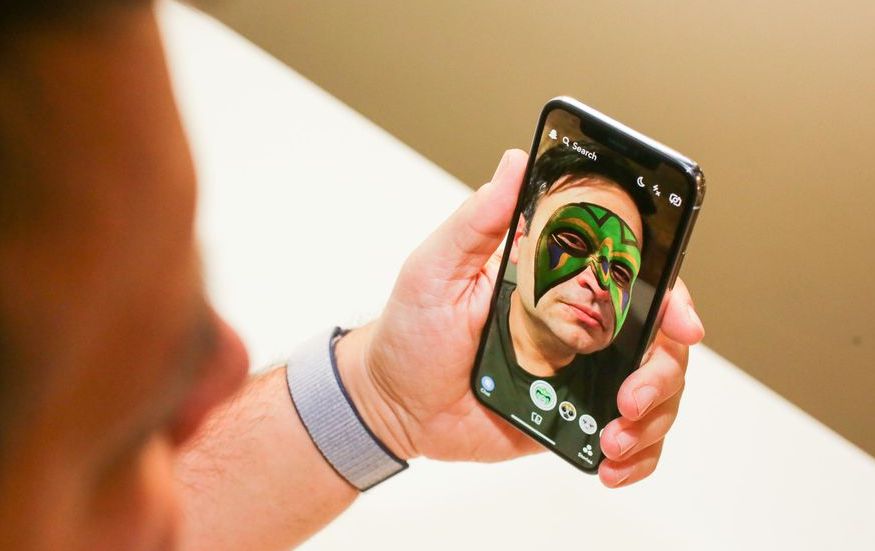 Apple’s TrueDepth Camera isn’t just reserved for Face ID and Animoji, either. Other apps can use its advanced 3D tracking technology, too. And that means much more accurate facial tracking for apps that do similar things to Samsung’s AR Emoji.

In Snapchat, for example, stickers will “stick” to the face much better on an iPhone X than they will on the Galaxy S9. While Apple features much fewer customization options, its advanced technology opens the door for more refined tracking in other apps.

While the two apps differ slightly in form and function, it’s hard not to see how Animoji will be slightly “better” until Samsung’s camera tech can catch up.