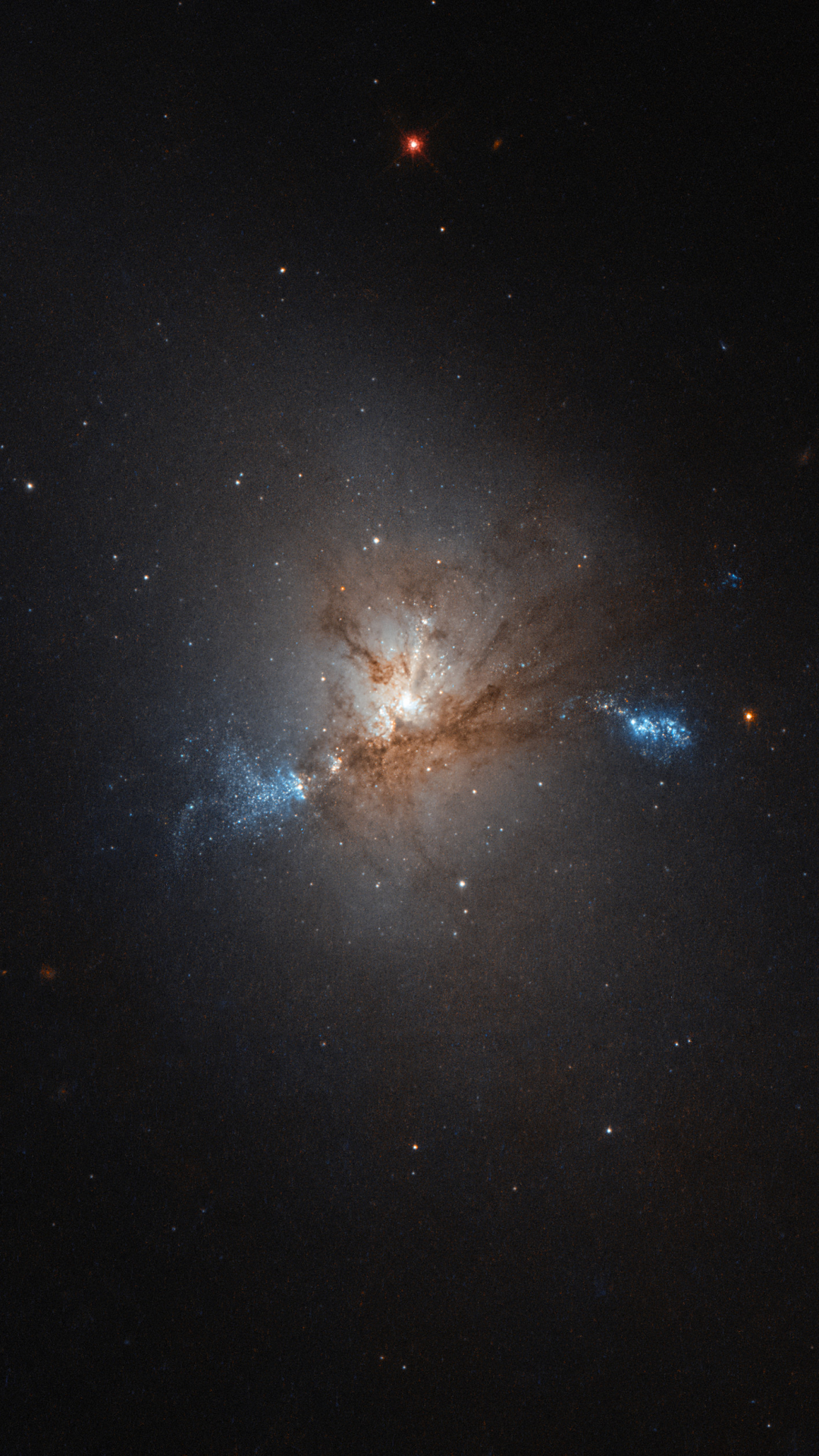 “Observations show the characteristic features of very recent star formation on a huge scale — an event known as a starburst. The reason for all this violent activity is caused by the fact that NGC 1222 is not alone. It actually contains three compact regions, each of which appears to be the central nucleus of a galaxy. Astronomers think that NGC 1222 is in the process of swallowing up two much smaller dwarf galaxies that strayed too close to it. It is likely that the encounter was the trigger for the starburst in NGC 1222, bringing in fresh supplies of gas that are now fuelling the burst of star formation…”
-NASA